Milwaukee-born author Jack Finney published the iconic science fiction/horror/thriller novel The Body Snatchers in 1955. It's become one of the seminal genre texts of the 20th century (and beyond, one presumes), along with the likes of I Am Legend and Stepford Wives: works that have permeated mass cultural consciousness, concepts—here, "pod people"—known to people who haven't even read the source material. There have been plenty of paperback editions over the decades, most including the prefix "Invasion of" after the 1956 film adaptation was released. A sampling: 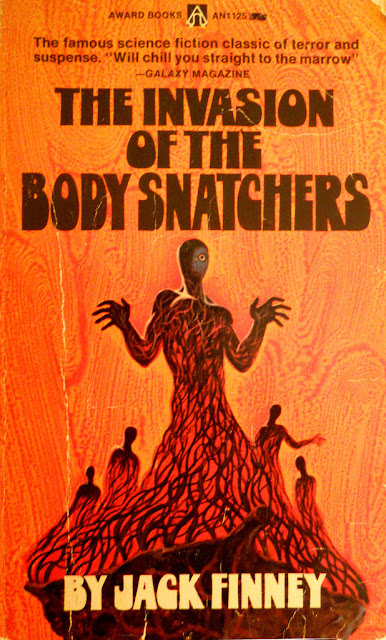 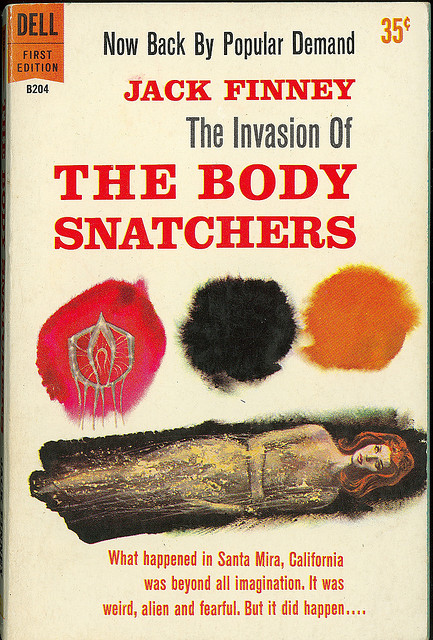 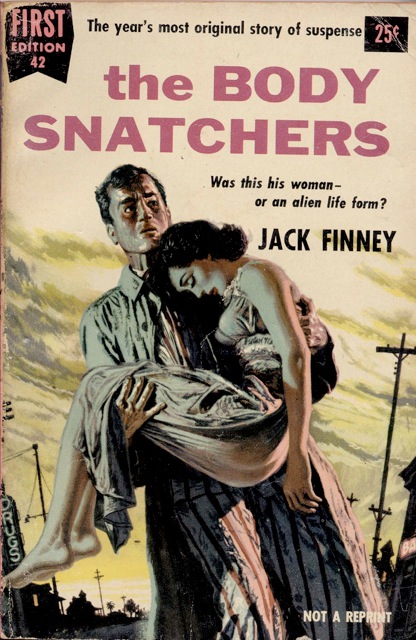 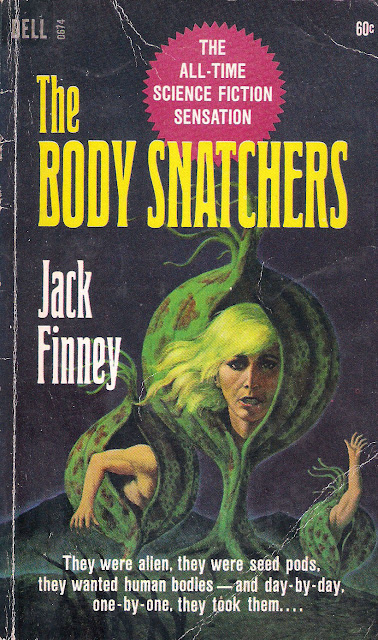 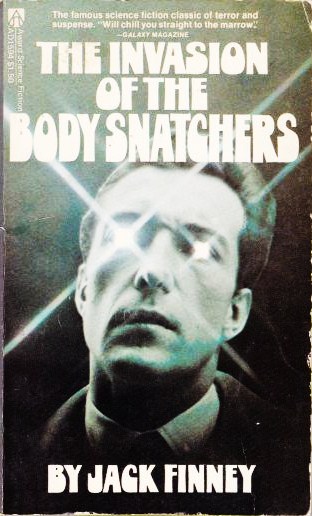 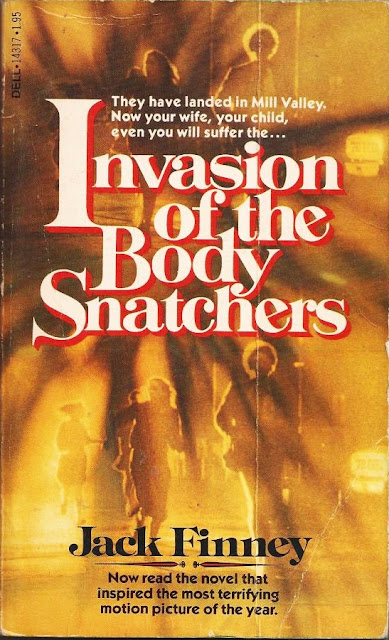 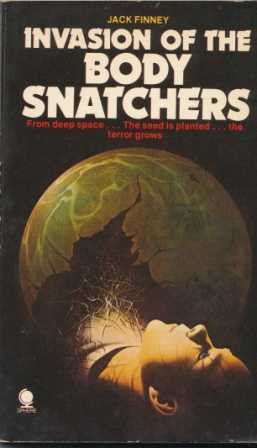 Posted by Will Errickson at 3:09 PM

Finney is one of my favorite authors. His short fiction, in particular, is wonderful. His two famous novels -- TIME AND AGAIN and INVASION OF THE BODY SNATCHERS -- were/are so well-known, that it feels like the rest of his body of work gets short shrift, which is really unfortunate.

"Pod People" as disparagement will live until the apocalypse, and then will lose its punch. A fine legacy, Mr. Finney.