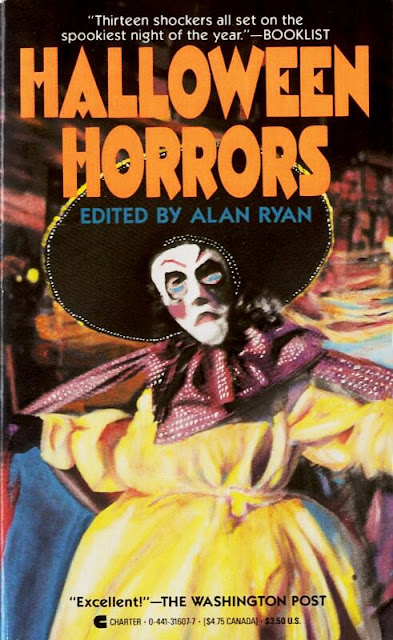 Happy Halloween, one and all! On this day of days I offer up a mixed bag of treats: Halloween Horrors (Charter Books/Oct 1987), one of Alan Ryan's several horror anthologies from the 1980s. Each short story is set at Halloween, of course, which allows for mining of all its myth and legend for the background details. You'll recognize all the familiar faces tonight, masked or unmasked, peering out at you from the pages, eager to have you step inside for a surprise, take one, won't you, or two, maybe three or more... 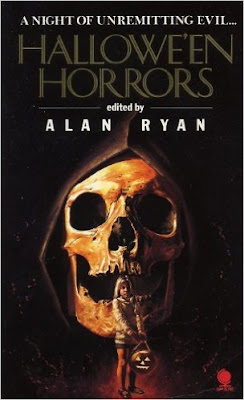 First up is "He'll Come Knocking at Your Door" by Robert McCammon. I've read this one before, in his 1990 anthology Blue World. It has a decent setup and payoff (intimate payment for townspeople's good fortune required by... someone) but, again, suffers from what I like least about McCammon: his square, earnest, almost dopey style; he's the John Denver of '80s horror. If he just took his gloves off more often, like he does in the stories final images—and even those could've been honed to a sharper edge–I'd like his stuff more. Ah well. On to "Eyes" from Charles L. Grant, a writer I can appreciate in the abstract but in the literal act of reading his stories, not always. But here his allusive, understated style fits a tale of grief and guilt and horror wrapped up tight together. A father can't forget or forgive when it comes to the death of his disabled son. The kicker is ironic, tragic, unshakeable. I think I'm gonna call this kinda thing heartbreak horror. 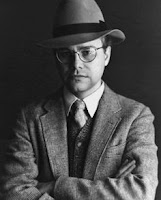 Whitley Strieber's "The Nixon Mask" is a droll satire of that ol' crook Richard Nixon. As a peek into the machinations of high office it's kind of funny, but Tricky Dick's paranoia gets the best of him. I liked the tone of this one, absurdist humor turning into horror, Ballardian big deals going on and on that have nothing to do with the people supposedly served and in fact the Watergate break-in is okayed on this eve. What happens when Dick Nixon wears a Dick Nixon mask? Oh, it's riddle wrapped in a mystery inside an enigma. I dug this one myself but I don't know how much mileage it'll have to a reader born after, say, the Carter administration. "Samhain Feis" by Peter Tremayne delves into Celtic Halloween lore, has some nice scenery in the desolate Irish countryside, a bit of deserved comeuppance in the end. No biggie.

"Trickster," from Steve Rasnic Tem, hits true emotional notes absent from other works here. A man mourns his dead brother, who from childhood was an incorrigible practical joker, distrusted by his own family thanks to truly horrible pranks (like pretending to be dead or even pretend-killing a baby relative. Hilarious!). Murdered on Halloween night a year earlier, our protagonist reminisces about how their lives growing up and growing apart. This Halloween he thinks—improbably, impossibly—he sees his brother out cavorting in a Halloween parade in San Francisco, where he'd died, and spends a hallucinatory night chasing after this phantom. "Trickster" feels like a story about real people, written by someone who's been there. It's sad at moments and that final trick really stings. Another case of heartbreak horror. 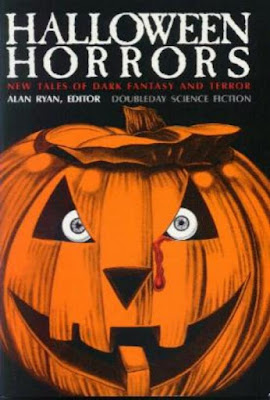 Editor Ryan's own contribution, "The Halloween House," doesn't display the careful sophistication of his other tales I've enjoyed; I suppose that wouldn't have fit this story of randy teens exploring a haunted house. An original idea there at the end, absurd even, but some nice horror imagery of a house, er, melting; otherwise it's as trite as its title. Guy N. Smith's "Hollow Eyes" gets a big no from me, some old dad complaining about his daughter's shifty, ugly boyfriend, searching for them during a Halloween rave-up, all wrong, no go, return to sender. "Three Faces of the Night" is Craig Shaw Gardner's  ambitious and complex tale, told in three time frames, of love and college parties. The two don't mix.
"Pumpkin" from crime writer Bill Pronzini (pictured) delves into Halloween and harvest lore, not bad but not memorable. 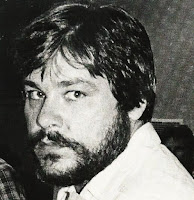 Weird Tales scribe and HPL pal Frank Belknap Long gives us "Lover in the Wildwood," a tale of criminal lust in the backwoods; somewhere I can here the Crypt Keeper cackling and I wish someone would just shut him up. "Apples" is Ramsey Campbell's minor chiller about kids stealing fruit from an old man's garden. Campbell gets kids' dynamics right and the climax offers a nice frisson of nausea and creepiness, I mean I hate raw apples too (She'd spat out the apple and goggled at it on the floor Something was squirming in it). Not one of Campbell's best but a highlight of this anthology. The concluding story is from Robert Bloch, is a mean-spirited little gem of a neighborhood's trick-or-treat session gone horribly wrong. "Pranks" seems light-hearted at first but grows in menace till its great reveal removes all doubt of malicious intent. 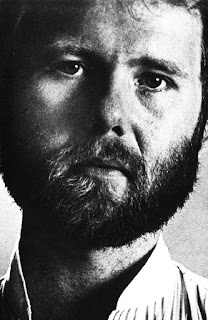 Okay then, now for the final trick: for my money the star of this Halloween Horrors is Michael McDowell's (pictured above) "Miss Mack." The first of his few short stories, it is as sure and capable as any of his novels, simply condensed to an essence of cruel terror. I read it several years ago and it's haunted me ever since, which is surprisingly rare. Our Miss Mack is a beloved schoolteacher in Pine Cone, Alabama (also the setting of The Amulet) who befriends young Miss Faulk, recently hired by Principal Hill. But Principal has designs on this lovely innocent girl and cannot bear the fast, intimate friendship between the two women. Stoked by jealousy and, okay, yes, the occult secrets of his mother, Principal Hill puts a hex on Miss Mack. McDowell writes so well, his quiet evocation of locale and character so confident and matter-of-fact, you won't want the story to end. And in a way it doesn't. The final sickening, maddening horror upends all human notions of time and place, and without those, what are we? Lost in a night that never ends looking for a place that does not exist. When she waked, it was night—still Halloween night. "Miss Mack" has become a favorite of mine from the '80s era. 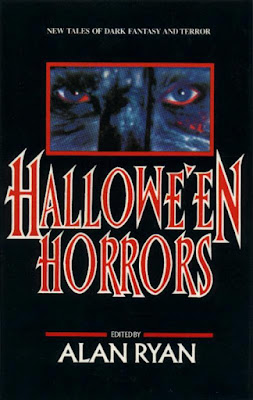 While enjoyable overall, I do wish Halloween Horrors had a few more tricks to play on readers; many of the stories are slight, mild, unremarkable. Still, a cheap copy is worth searching for, as a couple treats indeed have a razor blade tucked within...

R.e. "I think I'm gonna call this kinda thing heartbreak horror" -- as I get older and after 25-something years of reading horror fiction of very diverse styling, I find myself attracted more and and more to this kind of poignant, intensely emotional work, and I think "heartbreak horror" is a terrific label.

Now I have to hunt this one down just for that McDowell story-and maybe the Bloch.