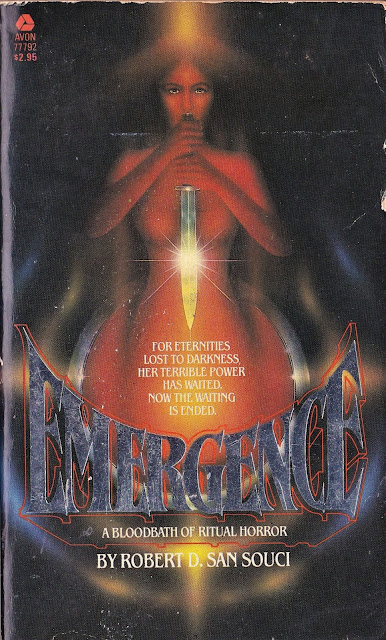 I had never heard of Emergence (Avon Books, July 1981) when I found it in a bookstore a few months back, but I recognized the cover art as by the hand of Don Brautigam and bought it solely for that. Author Robert D. San Souci was an award-winning children's writer; he died in a sad accident just a few years ago. I held out some hope for the book because of his reputation, and while this work of Native American vengeance is told with lots of local New Mexico color and characterization, the mythological/horror elements don't have quite the power implied. I was more than halfway through when I realized nothing was happening. 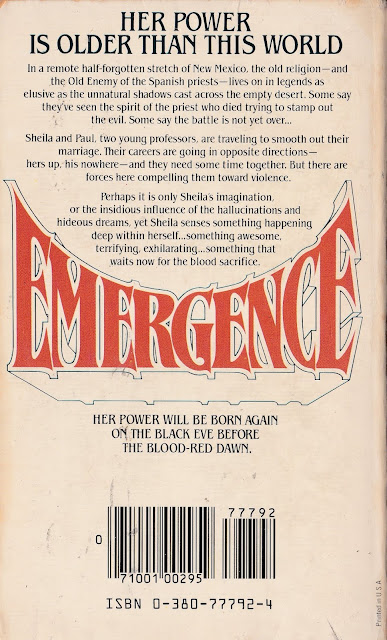 Skipping ahead to the final chapters reveal an epic apocalyptic climax that is somehow muted, albeit a touch creepy. Just not enough of a touch. Emergence really could have been a work of overwhelming ancient horror, I really am fascinated by goddesses of death and destruction and the scholarly pursuit thereof, but San Souci couldn't quite twist the knife where it counts. 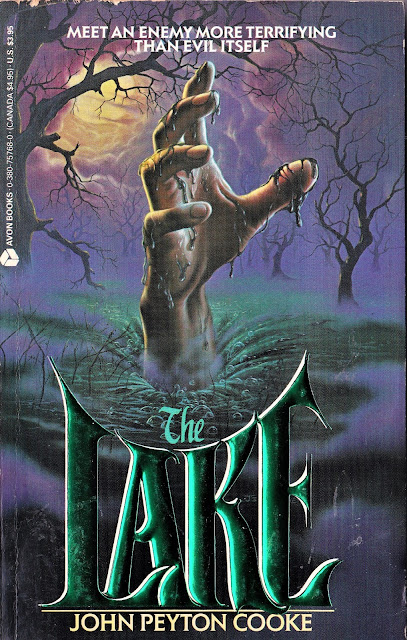 Despite a knowing depiction of teenage homosexuality and punk rock house parties, The Lake (Avon Books, Aug 1989, cover art by Jim Warren) is a YA novel—something about the back-cover typeface style screams it—and folks that is just not my jam. It was John Peyton Cooke's first novel, and he eventually moved on to crime writing. Again, it's not terrible: he writes clear, more than competent prose, but the witch story was one-dimensional and simplistic and could not keep my engagement very long. First few chapters were fine, teenage relationships are believable, but I absolutely have no interest in middle-school dialogue or shenanigans. 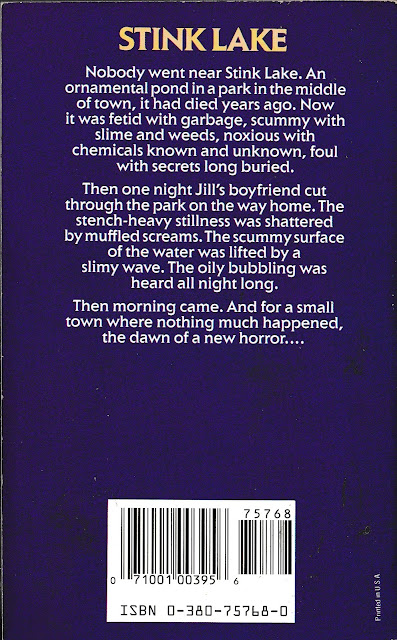 That said, other horror readers more sympathetic to this style might dig The Lake. Points for its nicely self-aware moments ("You tell me, you're the one that reads all those Stephen King novels") and especially the punk party held in a suburban home while the parents are away, man that really took me back. Too bad about the puke on that Clash t-shirt, now that's a collector's item. 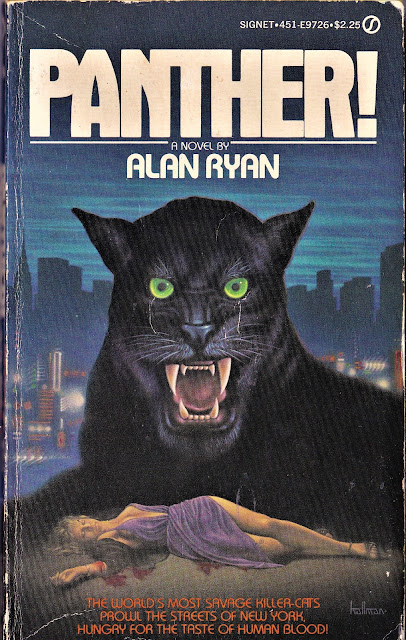 I don't know what kind of hopes I had for this Signet paperback original, featuring one of the great "animal attacks" covers of the era, a stunning tableau of Manhattan mayhem by the fantastic Tom Hallman. The late author Alan Ryan, a generally reliable editor and author, offers up his first novel Panther! with a solid set-up and serviceable prose and dialogue, but it all kind of puttered away to indifference for me. Fifteen panthers are brought by a rough'n'ready animal wrangler to NYC for a movie premiere—for a flick called Panther! of course—but they get loose and terrorize the city. 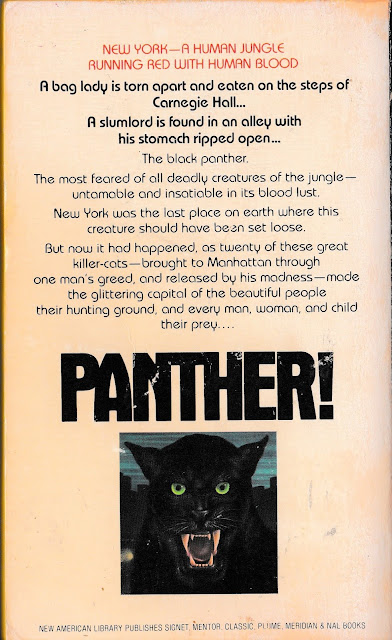 But it takes forever for this wonderful scenario to shift into gear and the panther kill scenes are printed in italics which makes it seem like they're taking place in some ethereal no-man's land and not on the mean streets of the city (I did like how one panther drags its victim into the doorway of the Russian Tea Room). It's all very straight-faced and square, lacking the pulp intensity, tastelessness, and energy of other novels of its ilk. This is one you buy for the cover art alone, alas.

The Paperbacks from Hell Reprint Line from Valancourt Books is Here! 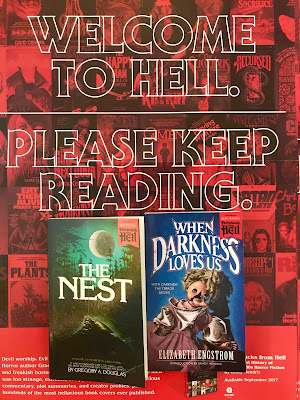 Great news everyone: Valancourt Books has just begun shipping out the first of five books in their reprint line of Paperbacks from Hell titles! It's The Nest, from 1980, and it even includes an introduction by me. I read and reviewed it back in 2014, and it's an honor to be a part of bringing such a shining example of pulp-horror back into print. Next up is Elizabeth Engstrom's When Darkness Loves Us, two novellas of heartbreaking horror and women's lives, with an intro by my partner in crime Grady Hendrix. We worked hard choosing titles, and we sometimes met disappointment when certain books were unavailable for reprinting. When possible the original cover art was used, and the books are mass market-sized too. Real quality stuff guys!

The next four titles will follow in the coming months: The Tribe by Bari Wood, The Spirit by Thomas Page, and The Reaping by Bernard Taylor (this last also has an intro by me). Be sure to visit the Valancourt Books page to subscribe to the series and have each book shipped to you as it is published and to learn all you need to know about the upcoming titles. Enjoy your time in HELL! 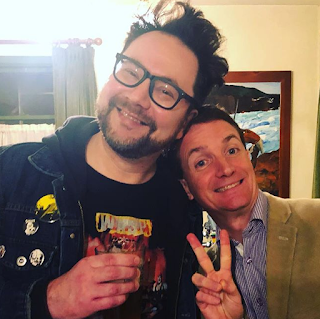