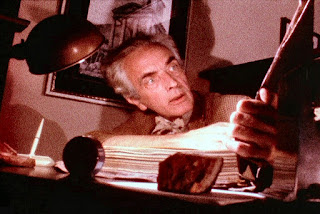 Thanks in advance to anyone who can help ID these books!

1. 1980s. A man contacts various individuals and tells them they have magic potential, and he will chose one to be his successor. They all travel to his big ol’ gothic home to compete. The story switches perspective between the people. They kill each other off in magical ways over the days, until one person is left who (I think) didn’t kill anyone. Turns out the gothic house guy actually wants them all dead as threats rather than looking for a successor. The last man standing is special (of course) and more magical and can transform into animals, which is this big deal. The last man and gothic house guy do battle as various animals, last man manages to kill gothic house guy, the end. I know there’s a scene where one of the characters is on a commercial flight headed to the gothic house, and another character almost succeeds in bringing down the plane through magic - the character on the plane stops it, also through magic. Found! It's: 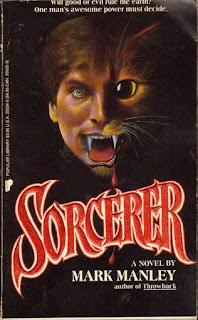 2. It wasn’t scary but it was all about ghosts. I think it was about a kid that moved into a new house that had a whole family of ghosts living there. There was a bit where the family of ghosts went on a trip to the beach but the moment that really stuck with me but I can’t seem to turn up anything on was that the little boy ghost got stuck between the sheets of double glazing when trying to pass through the window which turned out to be a big hazard for little ghosts. I must have read it ten times and this is all I can remember! It had illustrations throughout and I believe the front cover might have been the beach scene. It might be that it’s some very niche little British book that just happened to be in my library.

3. Very early '90s, vampire performs oral sex on women and drinks their menstrual blood (not Memnoch the Devil). A scene early in the book.

4. Scientists have literally run out of things to study -they know everything. One scientist comes across a spell for conjuring a demon. Hmm, something that hasn't been studied. He runs it through his computer and presto! a demon appears and asks his bidding. Scientist has a back and forth with the demon, demon surprised humans are no longer grasping and lustful, so decides to kill/eat the scientist. Scientist pulls out a ray gun and stuns the demon and locks him up for further study.