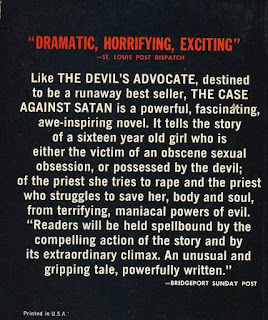 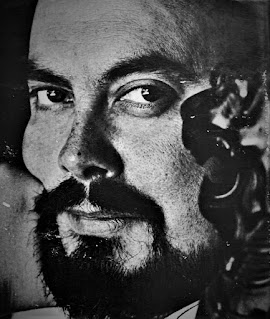 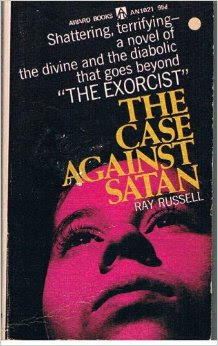 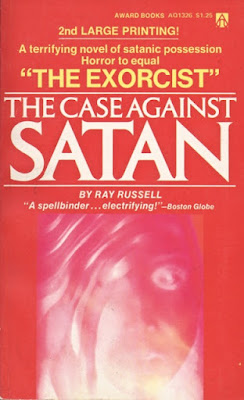 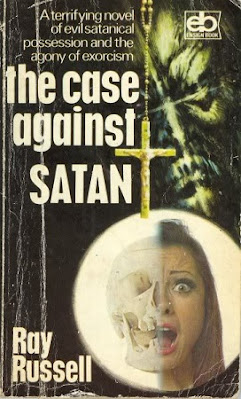 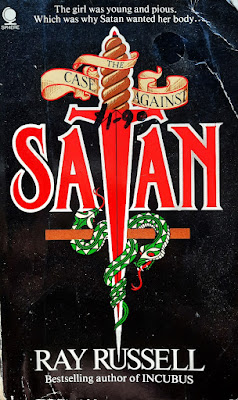 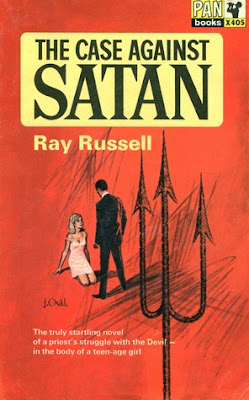 I can’t say for sure but it seems like, for all the similarities, that Blatty took Russell's book and blew it up to bestselling mass-appeal status. Case does not have the scorching vulgarisms, the relentless throb, that all-hell-breaks-loose energy that kept millions upon millions of Exorcist readers turning pages and unable to sleep. Its dry-as-dust title perhaps an inkling to what's inside, Case didn't wow me like Russell's other works; he always has his characters talk a lot but the theological discourses here can wear on the reader.
Yet the author's intelligence, subtlety, and psychological astuteness can make up for some of the drier sections, as he uses a sensational topic to illuminate the darker regions of the human mind. Ray Russell is the kind of just-maybe-smarter-than you pal you enjoy talking with over a bottle of good booze late into the darkening night... but just maybe you've heard this particular story before. 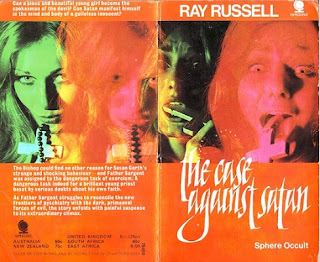 But have any of you ever heard and wondered at strange sounds in Catholic rectories? In the Unholy Hours, past the witching time of night, have you ever heard sounds that seem like the screams of poor girls in mortal agony? Have you ignored them? How long will your conscience let you ignore them?
Posted by Will Errickson at 11:09 AM 3 comments: