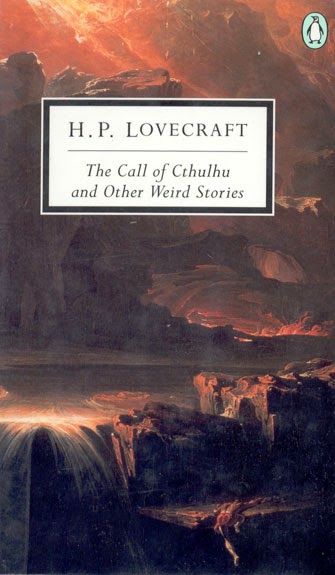 (An Amazon review I wrote back at the turn of the century...)

Finally, Howard Phillips Lovecraft seems to be getting some due from the mainstream literary world. First it was that long Joyce Carol Oates essay from 1996 in the New York Review of Books, than it was the "Annotated Lovecraft" updates from Ballantine/Del Rey a couple years later, and now Penguin Classics has seen fit to bestow the American reading public with The Call of Cthulhu and Other Weird Stories. Wow, I can't imagine what readers of Virginia Woolf, John Steinbeck, and T.S. Eliot will do when confronted with the likes of Yog Sothoth, the Goat with a Thousand Young, The Great Old Ones and that nasty ol' Cthulhu.... 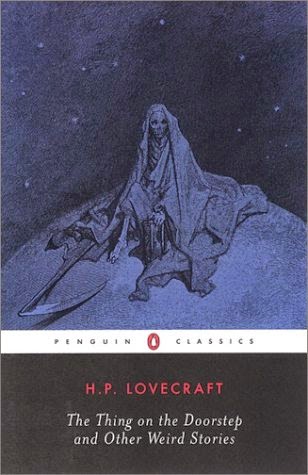 Seriously: this stuff is incomparable. Lovecraft's creation of the Cthulhu Mythos (or "Yog-Sothothory" as he referred to it in a charming light-hearted moment) heralded a new age in supernatural fiction. So vivid, so cosmic, so vast and imaginative, it is the equal of Middle Earth, of Oz or Wonderland. HPL's view of humanity and the cosmos is deeply, dark, nihilistic, and he used symbolic structures of his neuroses—political, sexual, racial, dietary—to portray that view.

As for the stories themselves, the cornerstones are "The Call of Cthulhu" (1926) and "The Colour Out of Space" (1927); they will still be read a hundred years hence for their controlled atmosphere of cosmic dread and awe. His skill at evoking a slowly dawning sense of terror is unparalleled in these tales. "The Shadow Over Innsmouth" (1931)—not too shabbily adapted in a 2002 film as Dagon—and "The Whisperer in Darkness" (1934) are later stories that are a bit wordy but still powerful, unsettling, and unforgettable. Man's place in the cosmos is revealed as paltry and inconsequential; his physical being rendered as mutated and degraded. Space and time become meaningless. The climactic chills will remain with you for ages. 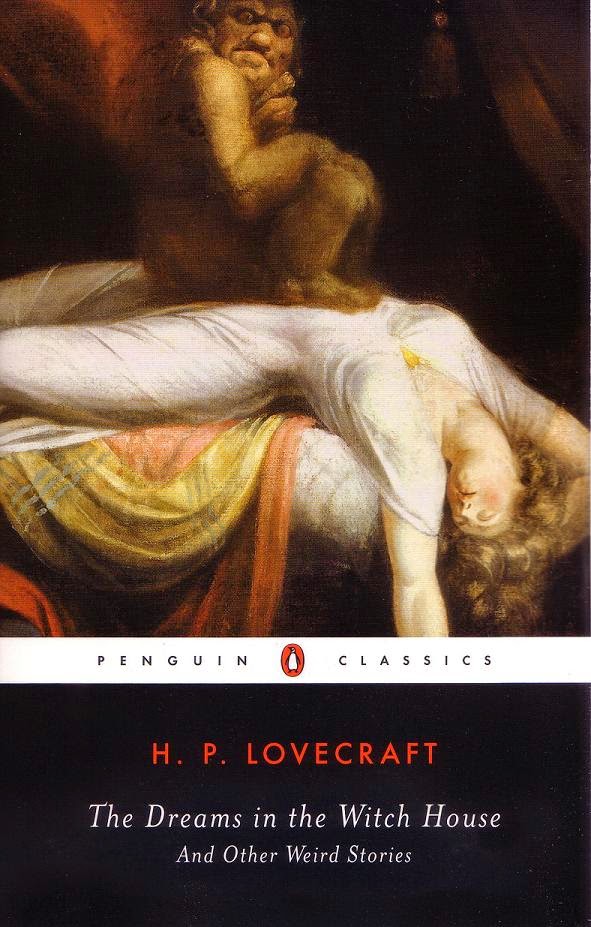 Others in this collection include "Rats in the Walls," "The Outsider" and "The Hound." The latter two reveal his penchant for evoking Poe all too derivatively (although the erstwhile Poppy Z. Brite wrote a reverent Goth-punk update of "The Hound," "And His Mouth Will Taste of Wormwood"); "Rats" is one of his major early works, the artist coming into his own.

Lovecraft forced horror and supernatural fiction out of its old world infancy of vampires, ghosts, and devils and into the adult, modern world of a cold, uncaring, nearly malicious universe that we can scarcely comprehend. While Lovecraft's prose at times leaves much to be desired, the power of his imaginings is unique and convincing. This collection belongs on the bookshelf of serious readers everywhere. S.T. Joshi is a marvelous editor and biographer of Lovecraft, and his efforts should not go unheeded. Kudos to Penguin for finally adding H.P. Lovecraft to their catalog of Twentieth Century Classics.

"(An Amazon review I wrote back at the turn of the century...)

Finally, Howard Phillips Lovecraft seems to be getting some due from the mainstream literary world. "

And, of course, the Library of America put out a volume in 2005: http://www.loa.org/volume.jsp?RequestID=223

Is it a coincidence that you posted this the same week as Ligotti's Penguin Classics release of Songs of a Dead Dreamer/Grimscribe?

It's cool that Ligotti, at least, is being recognized within his lifetime.

And Charles Beaumont is also finally getting his "due from the mainstream literary world" with the release in four days (10/13) from Penguin Classics, a collection entitled Perchance to Dream: Selected Stories.

Amazing collection and blog entry. I remember vividly my first contact with the Lovecraftian world. It happened in 1985 and it was made possible by Mr Stuart Gordon's twisted take on Herbert West Reanimator. My teenager mind so was shocked and intrigued by that combo of sex, black humor and gory horror that I immediately read every Lovecraft story I could lay my hands on, hoping to find the same insane menu that Gordon served in his film. I was in for a surprise... There was no sex! There were only vast canvases of dread... I was hooked for life!

Why that was my experience as well, and about the same time! Thanks for dropping by.