Rockabye Baby by Stephen Gresham (1984): I Just Met a Nurse That I Could Go For 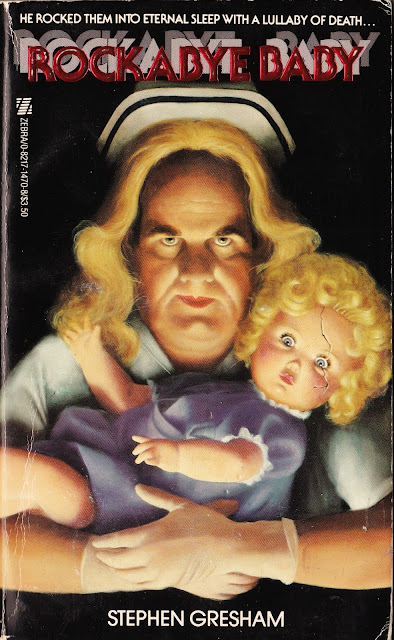 With its distressing yet utterly striking cover image, you'd probably think there was no way the novel Rockabye Baby (Zebra, Nov 1984) could live up to it. Aaaand... you'd be right. Prolific '80s author Stephen Gresham penned a solid handful of paperbacks for the infamous Zebra line of horror fiction and this is the first I've read. Gresham's writing is a touch better than his Zebra fellows, but that's about all: I found Rockabye to be interesting only in fits and starts, was not taken with its young protagonist, a towheaded boy named—wait for it—Prince, and while the psycho dude depicted on the cover features in the story, he doesn't quite feature enough. He was the most readable character, a nutjob with real psychosexual identity concerns. 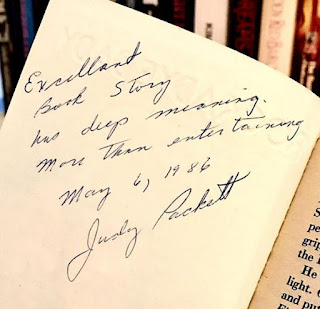 Sorry, Judy Packett, but I must respectfully disagree

There's the out-of-town cop trying to solve the children murders, the country occult old lady and young girl, Aunt Evvie and Nandina, living in the woods who possess supernatural powers that Prince attempts to learn and master to find the killer's identity, various other kids from Prince's class—I really am done with kids in my horror fiction—and then there is Maris Macready, our cover model. What a piece of work he is. He calls his female identity, in a classy, literate horror reference, "the Bloofer Lady." No one will be surprised that Macready has a shelf crammed with


dolls, an array that would please any little girl. But these dolls had been given a different sort of attention from the apprentice mothering common to little girls. These dolls were naked. As a result, peering down into the box was like peering down into flesh-colored water—a pool of arms, legs, heads, and torsos. And each had been marked with a black felt-tip pen. Their anatomies were strewn with black circles, arrows, doodlings and a few indecipherable words... 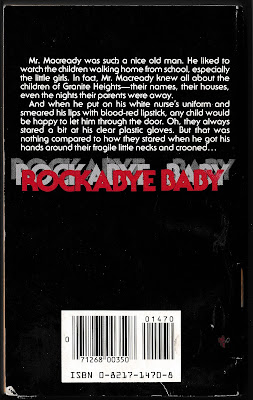 This is on page 27. Without a doubt I had images of a deranged Joe Spinell in the role, so I was psyched at this early point. If only Gresham had drilled down on this perversity. If only. Instead, he doubles down on a gloomy coming-of-age story as Prince learns about "darkness" from Aunt Evvie and Nandina. Their phonetic Southern dialect is a constant distraction. Yeah, I definitely wanted more of dude on the cover (by Lisa Falkenstern, perhaps?), and more of the "Macready family of monsters" as it's put. Alas.

Frankly, I gave up more than halfway through, skimmed through the last part and found nothing of import to note. The first chapters were intriguing; I was relieved that Gresham could write. His sense of place and setting isn't too bad, and I appreciated his attempt at melding a vague Southern Gothic vibe with dark fantasy as well as the exploitative child-killer angle. Gresham adds some depth to the story when Prince's beloved father discovers he has cancer. But there remains an earnest, amateur vibe that I think one finds in a lot of Zebra books, a vibe I find hard to forgive and after awhile, harder to read. When I can hardly bother to pick up the book I'm ostensibly reading, going several days without any desire to find out what's happening to the characters, putting it in my jacket pocket to read on the bus and then not actually reading it, I know it's time to shelve the book. Bye-bye, Baby, bye-bye. 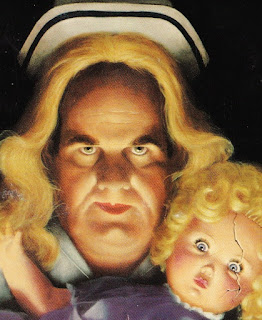 Posted by Will Errickson at 7:20 PM 2 comments: