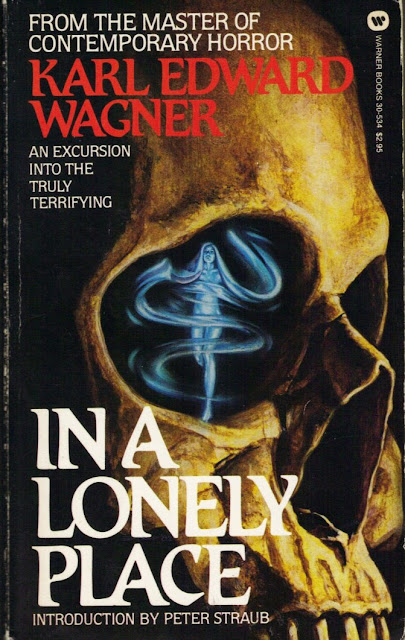 Skulls are muy importante when it comes to horror paperback covers, perhaps the most essential icon of all. Karl Edward Wagner was primarily known as an editor of Year's Best Horror Stories for years, as well as for his Conan-esque character Kane. He died in 1994 in Chapel Hill, North Carolina, apparently after years of wild drugs and drinking, but his stories display a real sensitivity and maturity. These two collections from the 1980s are essential reads for the serious horror-fiction fan. The dancing phantom woman in the skull's eye on In a Lonely Place (Mar 1983, Warner, cover art by Barclay Shaw) appears in "In the Pines." Wagner's most well-known horror tale, "Sticks," originally published in 1974 in Whispers magazine, is a stunning predecessor to The Blair Witch Project (1999), and is also an effective, doom-heavy tale of Lovecraftian menace. A pulp horror artist (based on Lee Brown Coyne) comes across a strange collection of bundled lattices of sticks in the lonely woods of upstate New York.


It should have been ridiculous. It wasn't. Instead it seemed somehow sinister - these utterly inexplicable, meticulously constructed stick lattices spread through a wilderness where only a tree-grown embankment or a forgotten stone wall gave evidence that man had ever passed through. 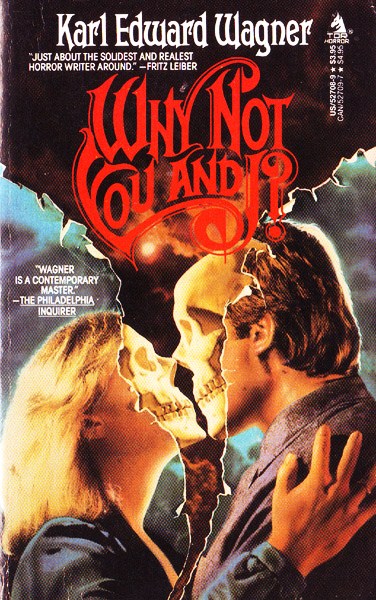 What I like most about Wagner’s style is that he writes like a person who's lived a varied and interesting life. His depictions of romantic relationships have an honest, albeit sometimes bitter quality to them. He’s good at showing male friendship and bonding, making me think he’s drawing from his own experience. "Where the Summer Ends" at first seems like the tale of a broke college student who’s trying to fix up his shitty apartment by buying interesting pieces from an old drunk’s junkyard collection, his yard entangled by impenetrable kudzu. Then you get to the last part and you realize you’ve been reading a horror story all along.

Readers may not know Wagner trained as a psychiatrist but left the field to pursue writing, which lends a trenchant psychological insight to his works. Stories like "Old Loves," "The Last Wolf," "Neither Brute Nor Human," and "More Sinned Against" from Why Not You and I? (Sept 1987, Tor, cover art by J.K. Potter) display a knowledge of the world of writers and horror fandom and some attendant dangers of real-life love (hence the kissing skulls). The latter tale, about the horrifying fate of a Tom Selleck-style action TV star, was my first introduction to Wagner when I read it in the rollicking splatterpunky collection Silver Scream (1988), edited by David J. Schow. It took me a couple years to track down affordable used copies of these old paperbacks; they're well-worn but comfortably well-loved and hold a position of some renown in my collection. 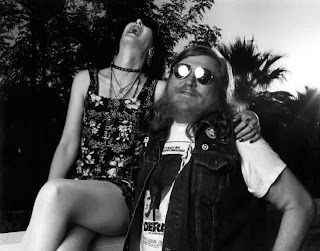 Well-worn but comfortably well-loved.
Posted by Will Errickson at 5:12 PM

Yes! So glad there's finally a horror book blog. I'll add this to my sidebar asap. Hope readers flock to this blog.

I found you via Retrospace. I came for the horror novels, but stayed because of the multiple Misfits references ;)

Thanks. There will probably be more, and not the least in the color scheme.