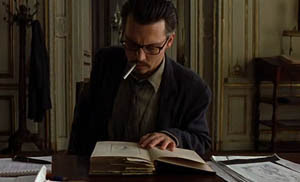 Okay, everybody have a great holiday? Of course we did! I'm exhausted, frankly. How about we get back to "work" and see if we can't help with two emails I received this past month:

I read it either in the late eighties or early nineties, but I don't know when it was originally published. At one point in the novel there was "at night the line between reality and dream was blurred" or something like that. Something with vampires who could mentally induce orgasms... I think one of the characters did so at a dance club.

And David writes:
I am tracing a novel bought (and published?) c. 1989. Set in England, it featured an antique mirror bought in Ireland which served as a 'gateway' to an eternal vampire and her aides. Needing blood to survive, she uses the mirror as a conduit by influencing its evil nature resulting in it committing a number of murders. The story merges modern English detectives with the supernatural, set in an antique dealer's premises.

At one point, the vampire sends one of her aides through to the other side, a murderous oaf who uses astral projection to influence those she needs to control, including the antique dealer. The aide might have been called Silas or Solomon.

The first one sounds a bit like Whitley Strieber's The Hunger to me, but I've never read it, only saw the movie, and that was years ago. As always, any and all help is appreciated guys!
Posted by Will Errickson at 8:13 AM

Might the first novel be described by Ray Garton's LIVE GIRLS? It came out circa '87.

Funny, I read and reviewed LIVE GIRLS a couple years back and now that you mention it, that could be the book. Just that the "mentally induce orgasms" thing didn't sound right...

Then again, I see upon glancing through your archives that you've covered LIVE GIRLS ... never mind.

Oops. We crossed in midstream, I see. Yeah, "mentally induced orgasms" rings no bells here, either.