Christine by Stephen King (1983): Out of Her Way, Mister, You Best Keep 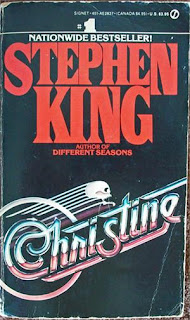 Argh. For more than two weeks I'd been trying to find an approach to my review of Christine, the first of two novels Stephen King published in 1983 (the second was Pet Sematary). This way, that way, whatever way, but I couldn't quite figure out what I wanted to say. I had paragraphs but no overarching point other than something about baby boomers and American cars and independence, with plenty of Springsteen references. The review just wasn't coming together. Then, of course, a technological glitch saved me the headache and deleted virtually all of what I wrote. This has really only happened once or twice before while writing this blog, so I count myself lucky. 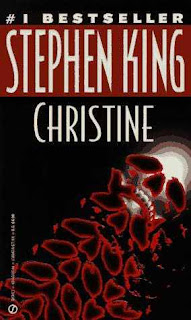 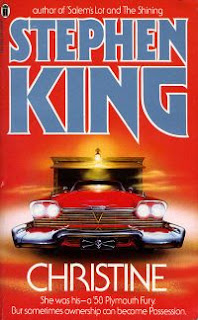 Probably the reason I had such a tough time writing my review was because I realized Christine isn't a King classic in any sense. All the King aspects are there: vulgar yet thoughtful teenagers, evil old men, well-meaning but doomed parents, a smallish town (in Pennsylvania, not Maine), and lots of rock'n'roll references; just seems like King's kinda on autopilot here. Enjoyable in a cozy way, yes, but did it affect me as deeply as Pet Sematary, 'Salem's Lot, The Shining, "The Mist," "Nona," "Strawberry Spring," "Apt Pupil"? Nope, not even close. 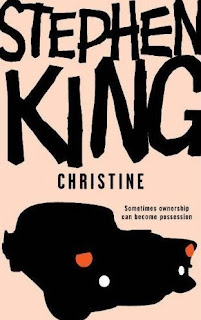 Christine was one of my favorite books to read and reread when I was a teenager, but now I find it entirely too middle-of-the-road (sorry), with horrors that are not particularly scary, characters that for all their vividness are actually quite cliched, and a lot of unnecessary stuffing. I certainly didn't think Roland LeBay's backstory was horrific enough - and when his rotting corpse shows up in Christine's passenger seat, I could really only think of this. The most chilling part of Christine is the final lines. Overall I think the novel is more about friendship and growing up than about the supernatural power that literally drives Christine. And yet, perhaps Christine is ultimately about an old man who hates kids on his lawn, and who has one helluva way of getting back at them. 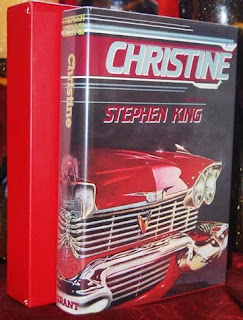 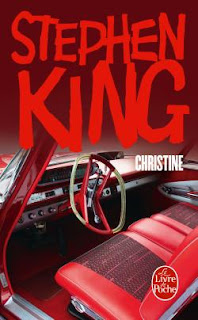 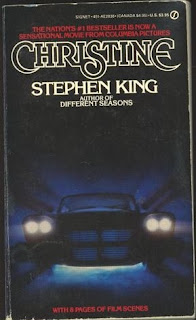 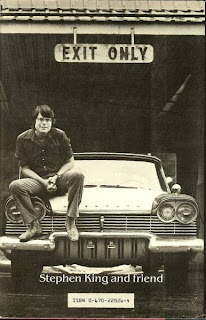 I quit reading King after THE DEAD ZONE. I liked the book, but, as you pointed out, he seemed to be on autopilot after THE STAND. I admit he's done a fair number of good books since then, MISERY comes to mind, just nothing which has impressed me.

Tim, I quite agree; there's something special about the books he wrote in the '70s. I've been rereading DEAD ZONE in fits and starts over the last month or two, thinking of doing a review. Who knows.

My memory's not the best, but the moment, and maybe the only moment that really stayed with me from Christine is when the bullies get run over (and over and over) ... the words "bloody rags?" come to mind, and some "thing" looks over the embankment at Arnie down in the snow?

I am trying to remember the last King book I read--seems like Different Seasons (whatever The Raft was in) then I kind of pooped out on him. But back in the day, nothing, nothing scared the s--- out of me like Pet Semetary (will have to check out your review). One of my favs for sure! And now, with my son being 11 and an avid reader, I have to push a few King books his way, right? It's the proper thing to do for the little Pup.

Yeah, the scene in which Buddy Repperton and his loser pals get run down is pretty good stuff! "The Raft" was SKELETON CREW. I'm eternally mixed on King's output but will always be covering his stuff here b/c his presence in '70s and '80s horror is inescapable - whether I particularly like certain books or not.

modern horror were not the same without King, I think almost all of the modern writers started writing on the influence of King and after his success

more things some of the considered minor Kings are amongst my favourite like Cujo, Firestarter or this Christine. by the way I suggests you the reading of Duma Key, his best since Pet semetary

Funny -Dead Zone is my absolute favourite King book; the characters are the most human of all his books.

I liked Christine; all that car Americana mixed with the horror worked for me. But the last line... that awful pun.... really stuck in my craw and ruined the book.

Like Will, I'm ambivalent about Stephen King. I loved his first 4 or 5 books (I'm old enough to have read The Shining in hardcover soon after it was published), but then books like Firestarter, Cujo and this thing discussed above just basically wore me off of him for years. Then last year I read On Writing and loved it; it spurred me on to read Everything's Eventual and Skeleton Crew, both of which I enjoyed. Then I read his recent novel Duma Key, and all the old problems were still evident, especially his seemingly chronic Logorrhea - I swear, I could have cut 200 to 250 pages from that book! But I still respect him and highly recommend On Writing - that book was downright inspiring. Maybe I'll skip any more of his doorstop novels and just stick to his short stories and autobio from now on.

Rob, ON WRITING is amazing! First, and only, book I've read by him in over 20 years.

I read this two or three times, in my teens - the perfect time to read it, I'll be encouraging my son to read it in a few years.
I'm keen to re-read, but concerned that it might not live up to my memory of it.
My brother and I still call each other 'shitters', and he recently sent me a photo he took of a Plymouth, with his caption '...about the finest smell in the world'!

It's fine for an inexperienced King reader but not for one who knows all his stylistic tics; then you can tell this is sub-par King.