13 Paperback Horrors: Where All It Ever Does Is Rain 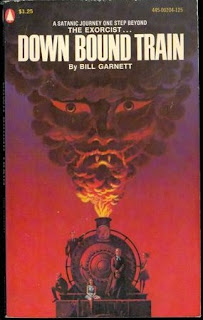 Down Bound Train (Popular Library 1974) by Bill Garnett. Don't you feel like you're a rider? This cover's got a Bradbury vibe for me; also the obligatory reference to surpassing The Exorcist. Yeahhh... no. 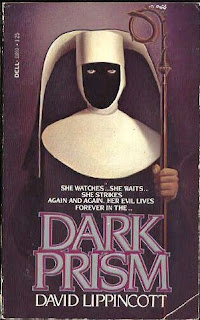 Dark Prism by David Lippincott (Dell 1981) Creepy nuns, not quite as popular as creepy kids or clowns, but still up there. This one's particularly effective. 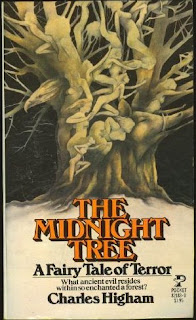 The Midnight Tree by Charles Higham (Pocket 1979) Despite its feyness I dig the mood. 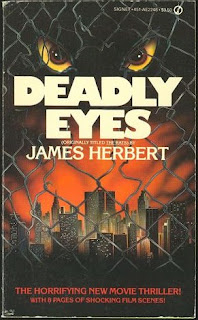 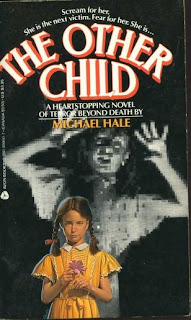 The Other Child by Michael Hale (Avon 1986) Creepy digitalized kid. Fancy and modern! 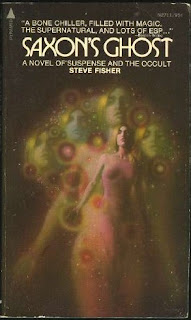 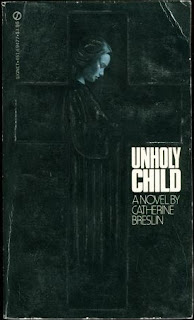 Unholy Child by Catherine Breslin (Signet 1980) Hmm, a pregnant nun? Or not? Or something. Don't think I need to tell you what better books the publisher was trying to evoke. 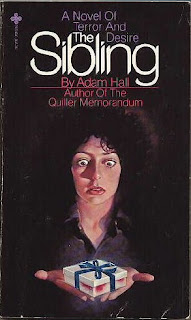 The Sibling by Adam Hall (Playboy Press 1979) Truly a "What's in the box?!" moment. Don't know what the image has to do with a sibling, though, do you? 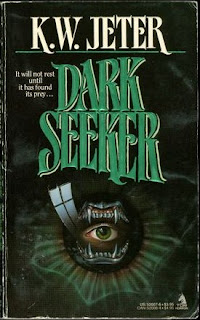 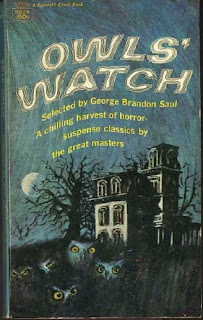 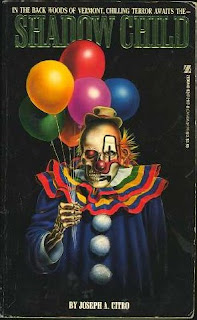 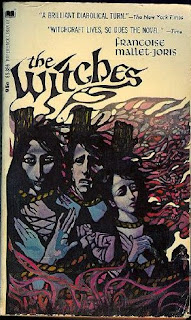 The Witches by Francois Mallet-Joris (Paperback Library 1970) Great cover art by the Dillons, whose work I was first introduced to through their classic Harlan Ellison covers. 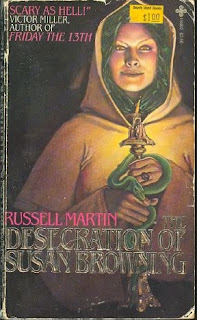 Desecration of Susan Browning by Russell Martin (Playboy Press 1981) Of course this is a Playboy publication.
Posted by Will Errickson at 5:43 PM

I've seen Dark Prism on the shelves at the local used book store, and the cover's always intrigued me.

K.W. Jeter's DARK SEEKER is an amazing book, as are the rest of his horror novels. Intense, well written stuff. He actually coined the term "steampunk" and was a close associate of Philip K. Dick.

I read Downbound Train! Not too bad a read.

As usual, the Zebra cover sticks out like a sore thumb, with its typical dumb, oddball but eye-catching figure glowering dully on a black background. Skeleton in clown garb clutching balloons. Not really a huge step up from hard-rockin' skeleton or Piano Man skeleton or evil little skeleton/child.

Wow, I love that evil clown cover. I've got a thing for evil clowns...that would fit nicely in my collection!

It's a Zebra cover that, for all its cliche, is actually quite creepy.

The only one of these that I can vouch for is, "DOWN BOUND TRAIN". It's lurking about my apt somewhere to this day.And like Anonymous said: "It's a tidy little read." Ok I misquoted-sorry Anonymous! But seriously , I still remember how much I enjoyed that one. More visceral than Bradbury though Will. I think you'd like it.

re: Dark Seeker, no idea either, and a hole punch in the front cover couldn't make it worse.