Keeper of the Children by William H. Hallahan (1978): On the Highest Trails Above 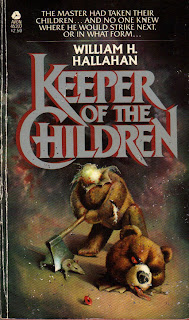 At first glance - and at second and third - this George Ziel cover for Keeper of the Children, the fifth thriller from William H. Hallahan, seems silly and absurd and inconceivable. Surely it represents nothing that could possibly appear in a novel for adults, could it? Well... it certainly does. It is an exact representation of a scene from late in the book. And Hallahan improbably makes it work. He's got folks astral-projecting - not too '70s now! - into all manner of objects animate and not, like children's toys and feral cats and in one terrifying scene, a scarecrow. You can read it all on the back cover here, if you want: 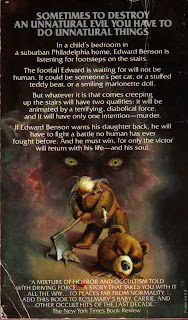 Fourteen-year-old Renni Benson and her bestie Pammy Garman have "willingly" joined a panhandling Philadelphia cult led by a Vietnamese refugee named Kheim, a Buddhist monk. Lots of other young teens have done the same, and their heartbroken parents see them on the well-evoked dirty Philly streets begging for coins in worn-out clothes. Several of these parents form a committee to get their kids back after learning what a danger Kheim is, but apparently back in the day cops weren't too weirded out by such occurrences. Indeed, Pammy's mother and father don't seem too concerned, even relieved, since now they can indulge in more gin on the rocks and spousal abuse, respectively. Even Eddie Benson, the hero and Renni's father, doesn't seem nearly as worried at first as you can imagine a parent would be today. It's a little jarring to a modern reader, even one without children. 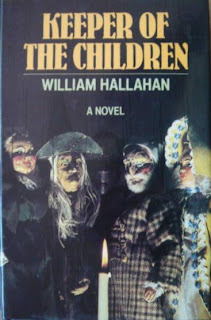 I think this was common coin in the early to mid 1970s: after the murderous Manson girls and groupies you had the Moonies and the Hare Krishnas, and at least in big cities, runaway kids joining these cults, too young and naive and perhaps even strung-out to realize they were being used and exploited by con men operating under the guise of New Age-y enlightenment. That must explain the parents' early reactions to their missing kids. Anyway, when Benson learns that Kheim is a master of astral projection, he visits a yogi named Nullatumbi, who puts Benson to some serious training of his sloppy Western mind, introducing him to psychokinesis and out-of-body experiences and all that kinda stuff so Benson can do astral battle with Kheim. Not too '70s now indeed. 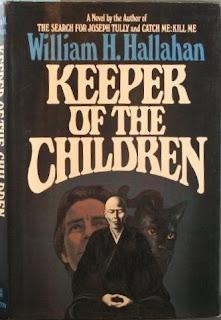 Hallahan, who wrote one helluva good chilly occult suspense novel called The Search for Joseph Tully, is a careful and serious writer, making the absurd plausible and wringing satisfying suspense out of it. When Benson finally masters astral projection, we feel the spooky endless emptiness of outer space itself:


...he saw the multitude of stars that surrounded him. He seemed to be crossing an entire galaxy. Now the pain came. It focused at one point - a paralyzing, unforgiving point of pain. He'd stopped in the midst of the stars, a throbbing point of pain in the universe attached to a thin silver cord that meandered away in the dark... If the cord had broken, he was dead, never to reenter his body. And his presence would wander in space forever. 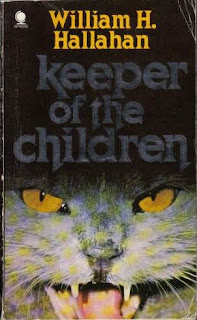 That is what Benson is risking when he goes to rescue his daughter. Heavy. There's also an excellent bit of literal cat-and-mouse (well, rat) violence, a sequence that I suppose made sense in those Watership Down days. But I feel like Keeper could have been a longer novel, as it's not even 200 pages in this Avon paperback. I could've used more background on the cult, on Kheim, on what the children truly experienced as they were "kept." It feels a bit thin and a tad underdone in spots; even Benson seems somewhat of a cipher. I think Keeper of the Children will provide enjoyment for folks who like this kind '70s occult fiction, but for me, I much preferred The Search for Joseph Tully. 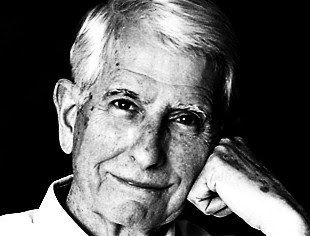 William H. Hallan
Posted by Will Errickson at 11:55 AM

BTW, recently picked up the GWEN IN GREEN paperback based on your recommendation and loved it.

I think I just found my new favorite book blog. I'm a freak for horror, but as hard as I try, I can't seem to find anything "new."

I'm going to have to read this book, if for nothing other than the scene where a stuffed bear tries to kill someone.

Thanks Liz, that's pretty cool. But as the Phantom above sez, SEARCH FOR JOSEPH TULLY is really the Hallahan title I'd recommend. But if you still wanna read about a teddy bear on a rampage, well...

Phantom, sounds like GWEN is as good as its cover!

Better than its cover, Will.

Will, you nailed it. This book was just too thin, with sketched-in rather than fully realized characters. It really needed some dimension to it to bring it to life. I was disappointed, esp. as I think Joseph Tully was just excellent, a dark, bleak and scary mini-masterpiece.