The Psycho Paperback Covers: We All Go a Little Mad Sometimes 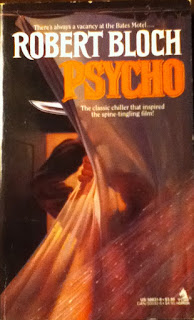 Today is the 112th birthday of Sir Alfred Hitchcock. I just wanted an excuse to feature some of the many paperback editions of Robert Bloch's immortal Psycho that have appeared over the years since its original publication in 1959. Now, if you're rather desperate to obtain some of these lovely paperback editions, why, I just know none of you would even hurt a fly. Enjoy... 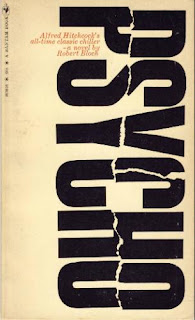 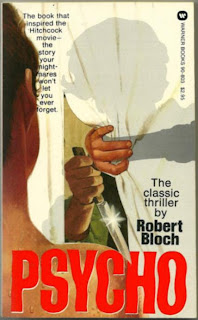 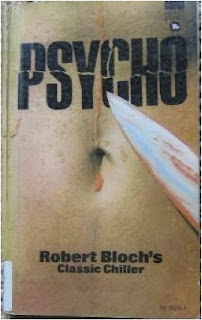 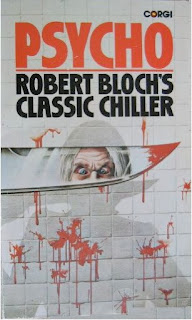 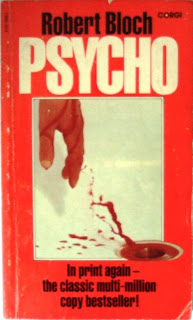 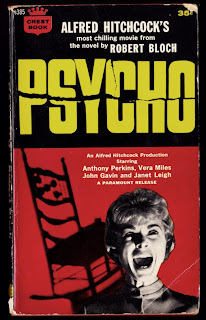 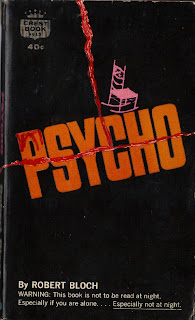 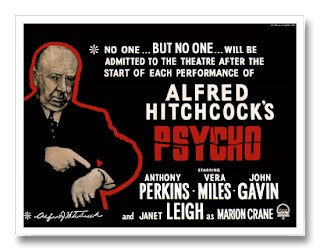 Excellent gallery of images Will...believe it or not I've never read PSYCHO! I still only know the writings of Bloch through the numerous short stories I have of his through numerous anthologies.

I have the '89 Tor edition on my bookshelf, as well as an '82 Warner version of Psycho II. Loved seeing all the various covers. I like the '69 Bantam best I think :)

I've got the 1963 Crest movie tie-in version.
I found it back in the late '90s in great shape in among the thousands of paperbacks he had on shelves in his basement.
It was definitely cool to think of him buying it off the racks WAY back when I was just two! LOL
For that reason, it's my favorite of the genre movie tie-in sub-collection from my books.

Shaun, don't tell anyone but... I haven't read it either! well, I tried as a teenager but didn't get very far. I had the '60 tie-in edition you see there. Now I have the last one. I like 'em all for various reasons though.

Christine, is there any way you'd scan your Tor edition and send me the image? I'd love to feature a better pic of it here.

Just finished reading PSYCHO HOUSE, the final entry in the trilogy (review forthcoming). All three had their merits, but they also had their shortcomings. Hitchcock's movie follows the source material so closely that all these years later, it almost feels as if the novel were an adaptation of the film instead of vice versa. The second and third book are wildly divergent from the rest of the film series, though, which makes for an interesting comparison between the vision of Bloch, Norman Bates's creator, and the Hollywood Money Machine.

My reviews of the first two books, if you're interested:
Psycho