Faces of Fear: Encounters with the Creators of Modern Horror, edited by Douglas E. Winter (1985) 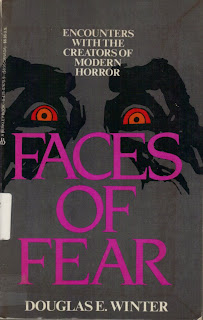 Perhaps the most prominent critic of horror fiction during its 1980s reign was Douglas E. Winter. When not lawyering in Washington DC, Winter was interviewing authors, reviewing their books, and even writing his own horror stories, also appearing at horror conventions on writers' panels and generally taking seriously a genre too often plagued by uncaring or condescending mainstream literary critics. He edited several major horror anthologies, but more importantly, he published nonfiction studies of the field, starting with the newsletter Shadowings: A Reader's Guide to Horror Fiction, before moving on to one of the earliest studies of Stephen King, the appropriately-titled The Art of Darkness (1982). Then, Faces of Fear: Encounters with the Creators of Modern Horror. 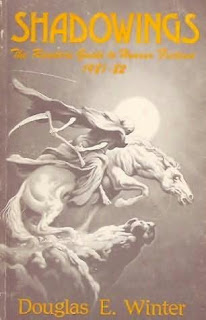 Winter handily defended horror fiction against those who saw it as disposable, tasteless, trite, misogynistic, irrelevant. True, lots of horror is exactly that, but Winter knew who had the goods and could deliver unique and powerful work: not only big and expected names like King and Straub and Matheson and Bloch, but also lesser-known writers like Michael McDowell and Dennis Etchison. He was also an early champion of Clive Barker (whose biography he wrote in 2001). And in Faces of Fear, Winter lets these writers, and more, do the talking. In his understated but thoughtful introduction, Winter notes that he avoided questions about various specific works in order to have a more general insight into the writers' private lives. Wisely, the interviewer Winter discreetly disappears so that virtually all we hear are the writers' words themselves. 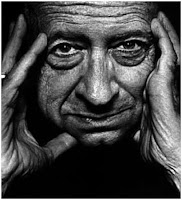 Everybody's got some kind of good insight into the writing of horror, as well as the struggle of simply living the writer's life. Some authors discuss their writing habits, or whether or not they're scared by what they write, or if, indeed, they even like being referred to as a horror writer. Things start, appropriately enough, with Robert Bloch (author of Psycho!!!) and his days of correspondence with Lovecraft himself. Detailing his decades of cranking out horror and suspense fiction, he does lament the tendency towards graphic violence in the 1980s, wondering, "What's going to come out of those people who think Night of the Living Dead isn't enough?" (Of course, this was just before the splatterpunks, but I'm sure Bloch couldn't imagine what the kids today are getting up to now with their bizarro fiction.) Then Richard Matheson tries to demythologize the modern reverence towards "The Twilight Zone"; admirable, sure, but definitely unsuccessful. To him, at the time, it was simply a decent writing job. 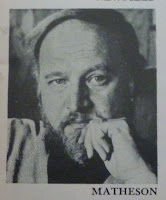 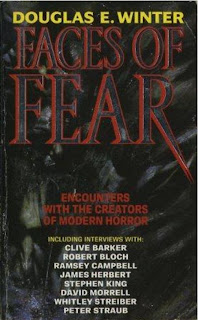 1990 Tor Books reprint
Just about all of them reveal that people think they must be somehow warped or disturbed to write horror. After detailing his harrowing experience of nearly being a target of Charles Whitman, Whitley Strieber comes off as a complete crank; I'm surprised his author photo shows him wearing a jaunty fedora and not a tinfoil hat or a crown of oranges. Ramsey Campbell's mother descended into mental illness. Otherwise, these guys are as normal as you or me... take that for what it's worth! 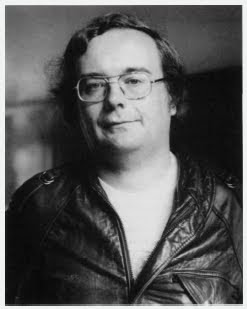 Ramsey Campbell
Charles L. Grant's interview takes place in Manhattan's Playboy Club (how's that for dating this book?!); James Herbert talks lovingly about his poverty-stricken upbringing and then jet-setting lifestyle as an ad agency exec before he decided to write novels for a living. The only woman interviewed is not Anne Rice - these interviews were done well before Rice had published her second vampire novel - but the mysterious V.C. Andrews. Um, not my thing whatsoever. 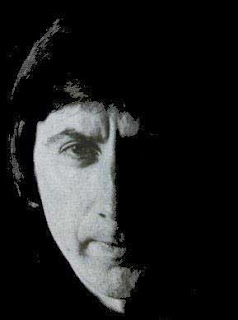 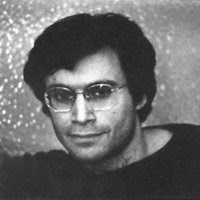 T.E.D. Klein
T.E.D. Klein, Dennis Etchison, and Clive Barker have terrifically good things to say about genre writing and the world's perception of it, why pop culture is often savvier about our lives than more so-called respectable pursuits, about horror and why audiences crave it (Klein doesn't even really like the genre, and resigned his post as Twilight Zone magazine editor around this time). Major-leaguers Peter Straub and Stephen King finish up the book with a real flourish in a dual interview. King of course talks of his hatred of being a brand-name, even back then, and reminisces about his days as a college "revolutionary" in the late '60s when he realized he actually did like middle-class life. But I'd say my favorite piece here is about the late Michael McDowell, who unequivocally states his love of being a paperback original writer and how he came to disdain the arid and judgmental nature of the academic literary world. An utterly refreshing attitude! 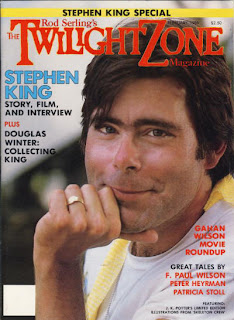 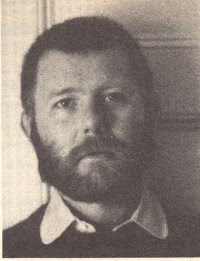 Michael McDowell
There is plenty more in Faces of Fear for the real fan of '80s horror fiction: it's a way to see how horror had changed since the pulp era, how it thrived in the paperback boom, and how it even grew up, a little. It's hard to believe the book is a quarter of a century old, but many of the writers are still in print; the ones who aren't are, if this blog and its readers are any evidence, still read and remembered and rediscovered anew.

Douglas Winter
Posted by Will Errickson at 8:10 AM

Sounds good. And Winter is no slouch as a storyteller either. I'd love to see somebody put together a big book of his own horror fiction. His trilogy of zombie stories modeled after various pop-lit staples is especially brilliant

Love this book and I agree that McDowell and T.E.D. Klein in particular gave great interviews. "The Best" appendixes in the back are fun as well: always like when you can check off the books you've read and the films you've seen, and note the ones you still need to catch.

Anon - yep, Winter's short stories are killer. Wonder why there's been no collection of his tales?

Rob - I totally forgot to mention the movie & book lists at the end! Checked off plenty.

Michael McDowell is one of my faves. Thanks for posting that pic of him, I've often wondered what he looked like.