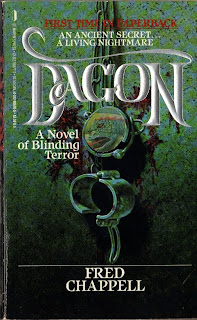 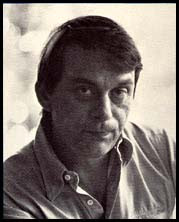 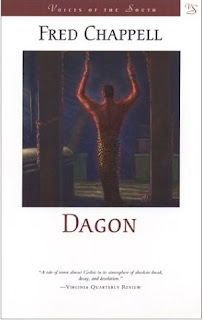 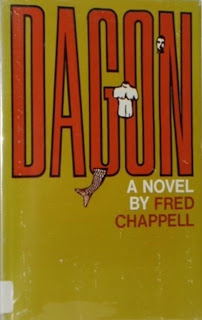 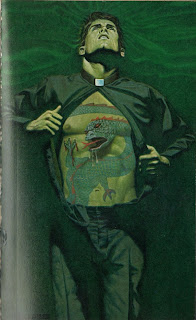 On an unrelated note: I was recently interviewed by After Dark in the Playing Fields. Care to hear even more of my opinions and deathless insights into vintage horror fiction? No? That's cool. But if you do, why, click here!
Posted by Will Errickson at 7:52 AM

Thanks for this review. I've always wanted to read this one, but haven't stumbled across it yet. Nor have I made a concerted effort to actually seek it out, beyond a cursory internet search every now and then. For some reason I thought that it was a newer book. I guess that's what I get for thinking!

I first came across Dagon when it came out in paperback in '87, but never bought it till last week. Fairly fast read, under 200 pages.

Another one for the book pile.

Hmmm, that's a weirdy! I should have run across this at some point in time the way I used to live in old used book stores back then. Or even as a child when it first was released in paper...? But I've never seen nor herd of it EVER! Now -I -Must-Find-It..! Good cover on the PB too!But green's my favorite color so...maybe I'm a sucker. Perect concise length too. I miss those short novels from back then,sigh.
Thanks Will!

Just found a mint St. Martins Press edition of this one for a buck in a used bookstore down the street. I've enjoyed some of Fred Chappell's stories in TMoF&SF and hope to find time to read it. Thanks for the review.