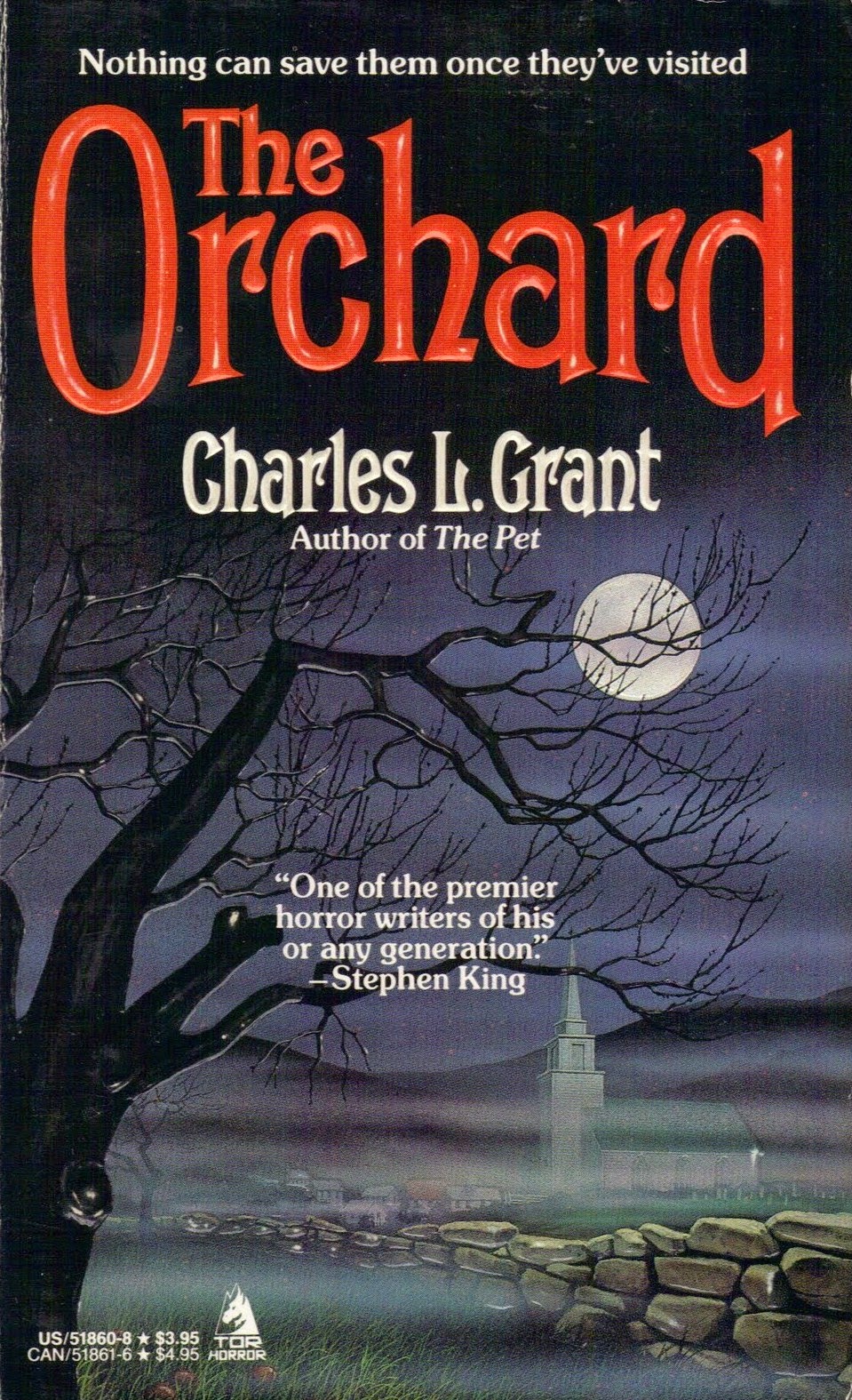 Whispering shadows. Footsteps in the forest. A voice from the darkness. Moonlight over a lonely town. A movement seen from the corner of the eye. A slowly spreading stain of red. Charles L. Grant championed these hallmarks of old-fashioned horror tales, even in spite of their simplicity, their overuse, indeed, their corniness, because he knew in the right hands such subtle details would build up to an overall mood of dis-ease and weirdness. Evoking fear of the unknown, not the revelation of a psychopath with an axe or a tentacled, Lovecraftian nightmare, is what a truly successful horror writer (or, for that matter, filmmaker) should do. Especially during the 1980s, when he published dozens of titles through Tor Books' horror line, Grant did precisely that. 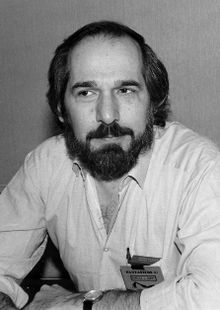 Grant was a prolific, well-respected, and award-winning horror novelist, short story writer, lecturer, and editor throughout the late 1970s until his death in 2006. He was perhaps the most vocal progenitor of what came to be known as "quiet horror." In other terms, Grant had more in common with the horror film classics of Val Lewton and Roman Polanski than he did with the writings of Stephen King or Clive Barker: it's all suggestion, suggestion, suggestion. 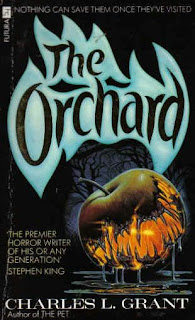 The Orchard is the first novel I've read by Grant. Many of his works take place in a fictional town called Oxrun Station. Each long chapter is its own story, only vaguely related the others, about the strange, deadly effects the titular plot of land has on Oxrun's inhabitants: "My Mary's Asleep," a group of young college friends see their bonds slowly torn apart; in "I See Her Sweet and Fair," a middle-aged police officer has a teenage son who may be a murderer; in "The Last and Dreadful Hour," townspeople are mysteriously trapped in a movie theater during a storm; and finally, "Screaming, in the Dark," a reporter in a hospital recovering from a broken leg has a new bunkmate in his room.If you can find this for maybe a dollar or so, pick it up; "The Last and Dreadful Hour" is one of the better tales I've read recently, creepy and claustrophobic; the darkened theater practically comes to life.

Throughout the novel, Grant shows a cinematographer's eye for light and shadow and a knack for detailing men's weaknesses when dealing with women. His descriptions of Oxrun reminded me some of Something Wicked This Way Comes; I don't think that would surprise anyone when taking a look at its quaint, sweetly archaic Halloween-friendly cover art. I wouldn't call The Orchard a lost classic or anything of the sort, but I'll be on the lookout for more of Grant's countless books and anthologies.
Posted by Will Errickson at 6:10 AM

Grant's stories are some of the only ones that genuinely give me goosebumps. Amazing what he does just by describing the creak of an open door or the sudden movement of a shadow. Really one of the greats. You nicely characterized all his tropes that he uses to such great effect.

Yeah, a great, underappreciated horror writer. He combined a Stephen King kind of accessibility with a poet's ear for language and eye for imagery, and a preference for creeping eerieness over explicit shocks (though he could do those just fine, too).

Grant had at least 3 more of these 4-novella "novels": Nightmare Seasons, The Black Carousel, and Dialing the Wind. All of them are worth checking out. His many short stories are generally excellent, too.

One of the best horror prose writers, unfortunately I find his stories lack exciting climaxes. Like Raymond Carver writing spooky.

The do rather drift off existentially, yes. Apt Carver analogy; hadn't thought of that.

Some readers might find “The Orchard” a tad hallucinatory and ethereal, but the structure is impressive, i.e., I liked the idea of four separate sections meant to tell an overall story.