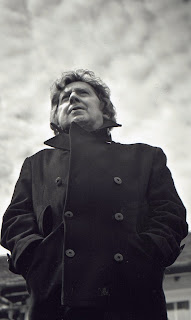 Sad news in the horror fiction world: bestselling British horror writer James Herbert has died at age 69. From The Guardian:

"James Herbert, who has died aged 69, will be remembered as one of the pillars of British horror writing. Herbert managed the rare feat of straddling both genre and mainstream fiction; at the height of his career, he was often spoken of in the same breath as Stephen King, and sales of his books have run to more than 42 million copies.

"He shot to fame in 1974 with the publication of The Rats, and there can be few people who grew up in the '70s who didn't furtively pass around a dog-eared copy of this and its follow-up, Lair, revelling in Herbert's gory set-pieces and plentiful graphic sex scenes." 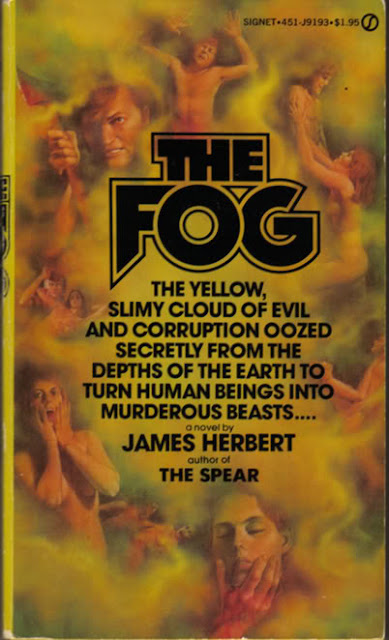 Reading The Fog when I was in high school remains one of the highlights of my horror youth; I can still recall the shock and jaw-dropping awe I felt at his over-the-top style and imagination - and I definitely did pass it around to friends. As King himself put it so well in Danse Macabre:

In his novels of horror - The Rats, The Fog, The Survivor, The Spear, The Lair, and The Dark - Herbert does not just write... he puts on his combat boots and goes out to assault the reader with horror. 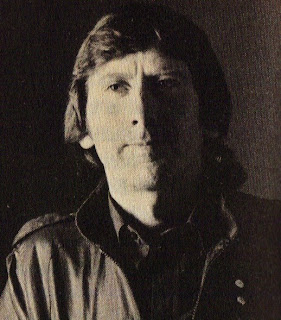 Many thanks, Mr. Herbert, many thanks indeed.

Posted by Will Errickson at 2:49 PM

Sad to learn of Herbert's passing.

He was one of the very first Splatterpunks, and paved the way for that sub-genre of horror fiction. Compared to the other, more heralded practitioners of the 70s, like Thomas Tryon, Ira Levin, and Stephen King, Herbert was a live wire of grue.

Herbert made it feasible for Clive Barker and Shaun Hutson to write, and publish, the way they did in the 80s.

He paid a price for being a Splatterpunk pioneer in terms of never being invited to contribute to 70s and 80s horror anthologies, even as a steady stream of crud from Ramsey Campbell got star billing.

I, too, remember reading 'The Fog' back in 1975,as a 14 year-old HS student, and its vivid imagery stays with me till this day...the 'Garden Shears' incident....the super-cool British NBC reconnaissance vehicle (was it the 'Badger' ?) John Holman drives into the Fog...and the revelation of the cause of the Fog, which avoided contrived 'supernatural' explanations in favor of something more plausible.

'The Spear' (1978) was a good novel, superior to Straub's 'Floating Dragon', with which it shared some thematic similarities.

And of course the volumes in the 'Lair' (1979) series...no one can beat post-nuclear Mutant Rats !

Now an inherent part of the post-apocalyptic pop-culture landscape, such as in video games like 'Fallout'.

I agree with both of your sentiments, Will and tarbandu (though I can't think of many horror novels at all from the past 40 years that are superior to Floating Dragon). Herbert was a true original in his time, and his excellent work continued at least through the 80's and into the 90's with works like Haunted and Magic Cottage, novels that are every bit as good and terrifying as his early work. He will be missed.

In his interview in Stanley Wiater's DARK DREAMERS, Herbert states he was too busy writing full-length stories to write short ones.

But I do think Herbert *is* a splatterpunk pioneer - just not in the way most people think, that is, that he wrote graphic violence gleefully. In THE RATS he was very conscious of, and depicted sympathetically, people who were marginalized economically and socially - a very punk thing to do (which is why I don't consider writers like Ketchum and Laymon to be splatterpunks). He was doing different things than Tryon or Levin, and he did it terrifically.

May ye rest in peace, Mr. Herbert, safe from the Fog, the Rats, and everything else you've dreamed up over the years . . . and wedged so deeply into our nightmares.

It's Creed that sticks with me most (not entirely sure why), but I think it may be time for a rat-infested reread of the classics.

I first read about The Fog in King's Danse Macabre when I was 15 back in '91. I checked it out from my local library, and didn't think it was as violent as it was hyped up to be. By this time in my life, I'd gone through a "true crime" phase, reading about Jack the Ripper and the Manson murders and such. But I loved the story. I had meant to get more of his books, but other stuff got in the way. A few months ago, I tracked down a paperback copy of The Fog(the yellow cover edition) at the Goodwill for two bucks.

I work for a wholesale alarm company, and we create test accounts to test out the signal processing capabilities of the software and such. I created a test account, a mad scientist type of lab, with zones named after characters from horror and sci fi movies, like the 2,4,5, Trioxin testing facility and the Mycoplasma Storage Tanks. Imagine being called to that facility! RIP James Herbert, you sure as hell entertained me!

Very, very sad news. He was quite feeble in the last years of his life, but still managed to produce his final book ASH.

He was a generous man, a true gentleman, and I counted him as a penfriend from the mid-70's to the late 80's.

I preferred his earlier works such as THE RATS, THE DARK, LAIR, THE FOG, THE SURVIVOR, THE SPEAR, and DOMAIN, but his more unconventional books such as FLUKE, '48, and THE MAGIC COTTAGE were also unique.

I'm very saddened by his passing. His is truly the death of a giant.

I was a big fan right from 1975, and have done a tribute to the author on my own website.