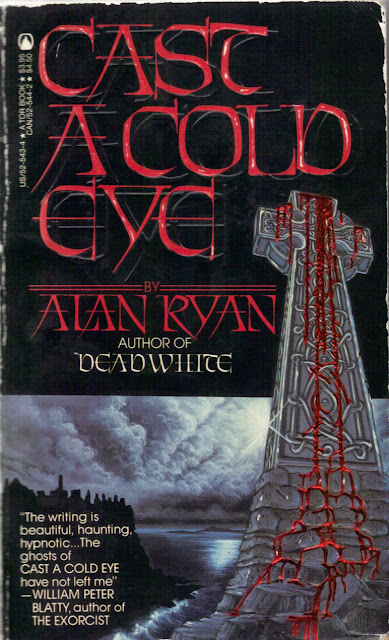 The late Alan Ryan really hit a high note with his Irish ghost story Cast a Cold Eye (Tor Books, Jul 1984/cover art by Jill Bauman). Contributing to its success is the vivid sense of place, somber prose, and convincing characterization, as well as a slowly mounting sense of dread reaching out from a horrific past which can never be forgotten. Yes, a ghost story that has its roots in the real-life horrors of the Great Famine. I really appreciate this kind of fact-based historical horror, where unrelenting reality collides with our primitive notions of supernatural agents. The ghosts that haunt are the shameful memories of the diseased and the dead, our guilty conscience manifested in shades and shadows that seem to our hand and eye more real than our very selves. 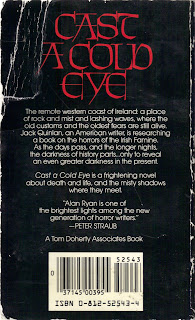 Writer Jack Quinlan comes to the rocky, sea-lashed coastal Irish village of Doolin, meets a young lovely lass named Grainne at the local bookshop, and begins working on his book about the Famine. The developing relationship between the two is drawn well and truly by Ryan, and he handles their differences - he a well-traveled published New York author, she a Catholic virgin still under the yoke of her parents - with a sensitivity that speaks of experience. It's a relaxed give-and-take between two real people that really grounds the story. 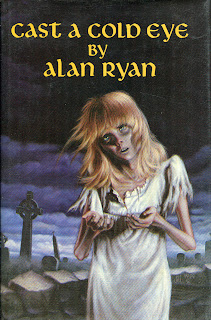 But as Jack researches the Famine, he soon finds himself face-to-face with people who seem to have stepped whole and starving from that horrible era: a ragged man unconscious in the mud on the side of the road, vomiting green rot; a young girl who was only bone covered in skin in tattered clothes; tortured shapes milling through the cold fog and damp air and mud surrounding his cottage. He puts this all to his readings, an overworked imagination, but still dreams of facing his own corpse. Soon he meets Father Malcolm Henning, the local priest and seanachie, a sort of historian and storyteller in one. Father Henning wields a gentle hand over Doolin, both in church and in the pub: the two most popular places for these provincial people. 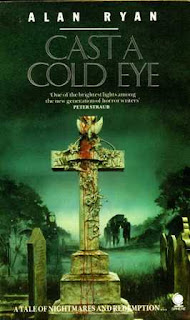 But Father Henning's tales in the pub are grim and foreboding, filled with gruesome "Monkey's Paw"-style ironies, although they seem to ease the aging pains of a group of old, old men Jack sees around the town. One in particular is John MacMahon, practically a cadaver now, who is treated with a deference that befits a mortal responsibility nearly impossible to bear. Jack is drawn into this circle when Henning confirms that the visions accosting him aren't simply... visions. Perhaps Jack isn't an interloper; perhaps Jack's Irish heritage means that he was meant to come to Doolin, meant for something greater than just writing a book, meant to be part of a ritual where blood is everywhere. 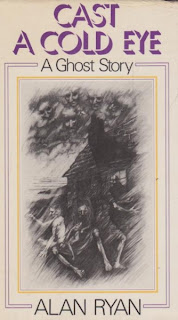 The whole book is a quiet horror, er, delight, despite its nightmarish source, and will make you seek out Ryan's other work (he published plenty of stories in various '80s horror anthologies like Whispers, Shadows, and Year's Best Horror; I've liked all the ones I've read). It'll also make you lament that Ryan didn't write another novel. It's much more effective than his previous work, 1983's Dead White, and evinces a cozy fireside feel one finds in the classic tales of the weird and uncanny. There are creeps and chills to be sure, but the real power lies in the setting and the characters. And I have to say there's a lovemaking scene - that's truly what it is, I can't phrase it any other way - that is about the best I've ever read in a horror novel. 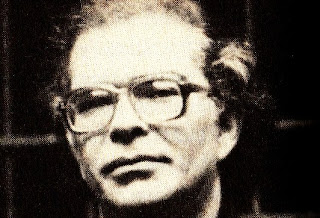 Cast a Cold Eye is a chilly, atmospheric read in which one can feel the salt spray of the ocean, the icy air working its way inside your clothes, the sense of real history in every stone building and rotting fence, and grasp the sad, earthbound horrors that lurk in the Doolin graveyard. "Blood is everywhere," Father Henning has said, and we will learn the truth of that all too well.
Posted by Will Errickson at 8:06 AM

Great review, I have never heard of Alan Ryan but based on your review I am going to order this book. Cool.

I'm with Tex. I need to stop reading your reviews while I'm in the middle of a different book, as I suddenly lose interest in that one because I can't stop thinking about this one, thanks to you setting the scene and atmosphere so vividly.

I ran into Ryan at a convention once and gushed about CAST A COLD EYE. He seemed shocked to be recognized and amazed anyone had read his book.