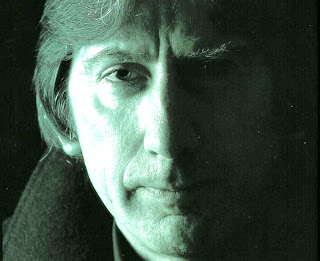 Birthday greetings to bestselling British horror author James Herbert, who celebrated his 69th birthday yesterday. A nice coincidence, since I scored some great vintage paperback copies of his books last week at a huge library book sale. A giant of horror, particularly during the great heyday of the 1970s and '80s, Herbert practically invented graphic, go-for-the-throat horror fiction with his first novel, the plenty entertaining The Rats (1974). You can read my review from a couple years ago here. This edition doesn't have a date listed but I'm placing it around '87 or so, since it notes 1986's Magic Cottage on its cover. Not nearly as lurid as the original paperback, but has an intense, splatterpunky vibe. 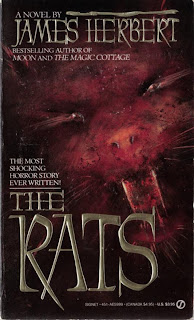 These next three I haven't read but look forward to immensely (I've also got a copy of The Fog I'm dying to reread): The Dark (Signet Sept 1980), The Spear (Signet Feb 1980), and Survivor (Signet March 1977). What do you think, The Dark is the best one, right? 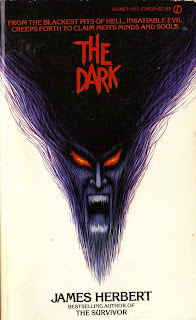 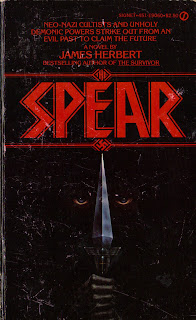 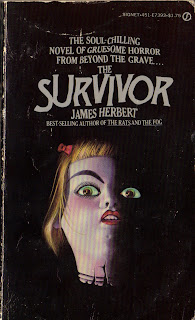 Posted by Will Errickson at 3:32 PM

Been reading Herbert since I was a teen.

Hard to say which is his best. THE DARK is like a more polished THE FOG, although I love THE FOG, too.

THE SPEAR is quite a complex work, and signified a new direction.

FLUKE also interesting, with more in common with Adams' WATERSHIP DOWN than any previous Herbert works.

Start with THE DARK. Then on to THE SURVIVOR if you haven't read it.

The Dark definitely wins the cover contest. As for Herbert in general, my only experience has been Sepulchre,but I can't say that I was impressed.

The Dark was the first horror book I ever read. It taught me how to read!

I read The Magic Cottage by Herbert but wasn't wowed. I remember it being slow-paced (couple finds dream home, takes awhile to determine it's haunted, etc.) Plus I think there's a crew of people trying to get them out of the house, and I lose patience with stories where the characters fail to heed the obvious don't move in/don't visit/don't trespass/don't stick around signs. Only teenage characters are allowed to do this and are also entitled to a bad prom date.

I reviewed 'The Dark' for my own blog:

It's good, but you'll find it a bit over-familiar if you know what horror of that era is like.

Thanks for linking that review. I didn't get very far into THE DARK, that whole rationalist investigator confronting "supernatural" occurrences doesn't do much for (has no one done the reverse: that a "believer"'s delusions are less terrifying than reality??). But I find it easy to believe it's a perfect example of the era however.

I'm amazed no-one has mentioned THE JONAH - the quality of the writing impressed me more than with Herbert's previous work. I enjoyed THE RATS and LAIR too, but DOMAIN is the only book that I've ever actually burned. (I threw my charity-shop copy onto the coal fire of the cottage where I happened to be living at the time.) I found it utterly unengaging - though I suspect I might find that with all apocalyptic fiction.

"has no one done the reverse: that a "believer"'s delusions are less terrifying than reality??)"

Obviously it's in a different medium, but I think that's meant to be the idea behind the HAMMER HOUSE OF HORROR episode CARPATHIAN EAGLE.

The way I view it, Siân Phillips believes she is possessed - but Suzanne Danielle really *is* possessed.