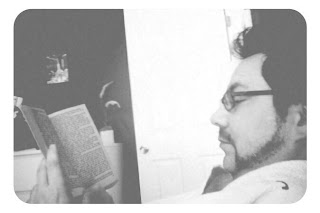 Since I don't read contemporary horror fiction, I have no idea what the "best horror of 2010" is. This probably comes as no surprise to you. The following "vintage" reads were the books I dug the most this year, the ones I insist that all horror fiction fans read as soon as they can, and that I think will give some sense of the depth and breadth of the genre we love so much. Some were rereads, some not, but I loved them all and treasure my well-worn copies. From quiet horror to splatterpunk horror, from Gothic horror to erotic horror, from literary horror to pulp horror, I think this list covers the genre pretty well. The list is alphabetical by author.

Wormwood, Poppy Z. Brite (1994) - Essential short stories that show the growth of a young writer and her new vision for modern horror.
All Heads Turn as the Hunt Goes By, John Farris (1977) - A vivid and original kind of Southern Gothic complete with Freudian neuroses.
Live Girls, Ray Garton (1987) - Sleazy good fun with scary/sexy vampire ladies.
The Search for Joseph Tully, William H. Hallahan (1974) - I've read nothing else like it: a psychological mystery with blasts of suggestive, chilling horror.
The Sundial, Shirley Jackson (1958) - An end-of-the-world fable with the ruthless character disintegration Jackson's known for.
Dark Gods, T.E.D. Klein (1985) - Four short novels of classic literary horror that echo Lovecraft, Machen, James, etc. but alive with very modern concerns.
Falling Angel, William Hjortsberg (1978) - Hard-boiled crime fiction and satanic horror collide in the New York City of the 1950s.
The Auctioneer, Joan Samson (1975) - Her only novel, one about doomed people who can't seem to help themselves for helping others.
Floating Dragon, Peter Straub (1982) - A towering, near-epic example of bestselling 1980s horror.
Finishing Touches, Thomas Tessier (1986) - The power of eros to drive and destroy our lives cannot be denied.

Other works I was happy to find I still liked many years after first reading them included stories by Clark Ashton Smith and Charles Beaumont, as well as Kathe Koja's The Cipher and the zombie anthology Still Dead. Overall it was a very rewarding year; I discovered a good handful of writers to read and books to search for. And just as I'd hoped, my recent trip to Los Angeles provided me with more than a dozen "new" paperback horror novels that I can't wait to get to in the new year. See you then!
Posted by Will Errickson at 4:42 PM

Thanks for this, Will. I've earmarked loads of these on good ole Amazon to keep me busy next year.

I just scheduled my blog post for fave 2010 horror reads. I ought to do one for the horror novels that were from the past, because I read quite a few of those too.

Some good titles on here. I've got Live Girls on my TBR pile.

I attempted a few new horror novels this year but none of them stuck. Even King's UNDER THE DOME didn't do much for me (it started great, but then disolved into King's now-favorite theme of man-is-the-real-horror-when-he-forms-a-militia). But the best one I found this year is 1983's DEAD WHITE by Allan Ryan. Oh, wow! A circus train pulls into a town during a blizzard, filled with the ghosts of dead clowns and an evil ringmaster who wants to put on a final performance for everyone in the town. It's got a Sidney Sheldon-type pacing; each chapter runs no longer than a couple pages, but it dares you not to read it in one sitting.

Great list. I have a feeling I will be reviewing many of these in the upcoming year if my family was able to find them for me for Christmas.

Thanks for reading everybody!

Definatly let us know what you think of it. There's not a whole lot of subtext or anything, but it's a prime example of how to build and build and build on a creepy narrative.

Live Girls- read it when it first came out in paperback. Was impressed. Not so much with the sequel.
Dark Gods- Klein is an under-rated master.
Falling Angel- read it back in the 80's. Was very impressed. Need to reread it sometime as I recently found a copy at a yard sale.
Finishing Touches- on my "To Read" list based on your endorsement.

Great list and I will be seeking these out to read in the near future as I have read only Dark Gods.

I adored T.E.D. Klein's Dark Gods. Have you read his novel The Ceremonies? Do you know if he ever published any others?
Also, I just finished Ray Garton's Live Girls and am currently reading the sequel.
Floating Dragon is another favorite. I'd love to see an epic miniseries or motion picture based on this.
All of the other books I have copies of but haven't read as of yet. Looking forward to the Auctioneer, having read your post about it earlier this week.

I wasn't crazy about THE CEREMONIES (I reviewed it some months back if you're interested) but will soon read the short story it was based on, "The Events at Poroth Farm," which is supposed to be excellent. Klein had a story collection published in 2006 from a small press.

If any of you guys get around to reading any of these titles, please stop back by and lemme know what ya think!

I just ordered The Auctioneer. I've read great things about it. I'm hoping it arrives by the weekend.