Devil in the Centerfold: Horror Fiction Magazines of the '70s and '80s 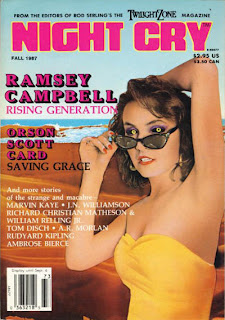 Horror fiction thrives in short story form. Starting in the 1970s this aspect of the genre was reinvigorated after lying fallow for decades after the demise of Weird Tales magazine and others of its kind of the 1930s. Dozens of new magazine titles, self-published and not, specialized in publishing stories from up-and-coming writers, as well as more famous names (which were placed prominently on the cover, of course). Most of the magazines didn't last more than a few years or a handful of issues. Virtually every horror writer of the 1980s had their start in one or more of these magazines so I find it entirely appropriate to explore them a bit here.

The Horror Show, debuting in 1986, is fondly remembered for its J.K. Potter covers and for first publishing Poppy Z. Brite. 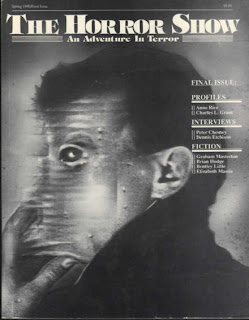 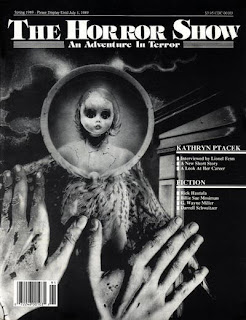 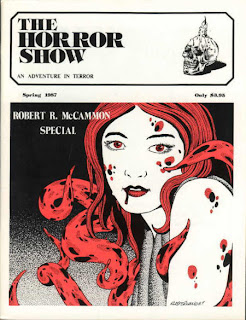 You can see the names on the covers that would soon be famous in the field: Lansdale, Brite, Ligotti, Schow. And certainly many more folks just disappeared from the scene. Night Cry was the horror spin-off from Twilight Zone magazine. Great girly-mag style covers here! 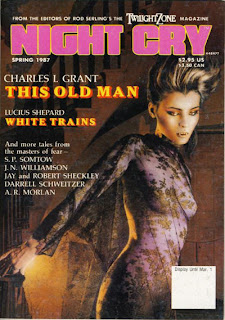 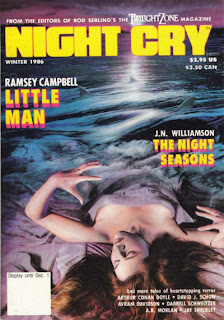 Cemetery Dance came a little later but is still going strong today, 20 years later, and has also published hardcover books from all the best writers. Well, probably some crappy writers too, I'm sure. 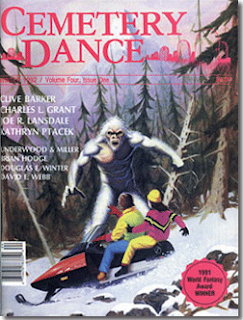 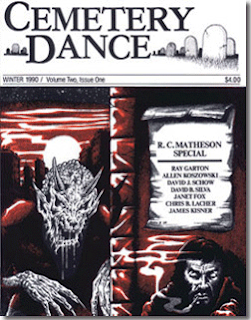 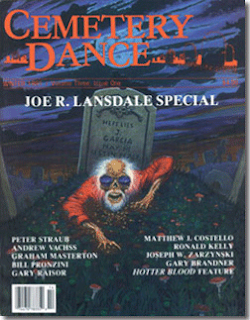 These '70s magazine covers for Whispers have no authors listed but actually it's the first of its kind, edited by Stuart David Schiff, and intended as a throwback to the pulp fiction days of yore. In the late '70s he started editing paperback anthologies under the same title; I remember reading them probably in 7th or 8th grades and am trying to track down some for review here. 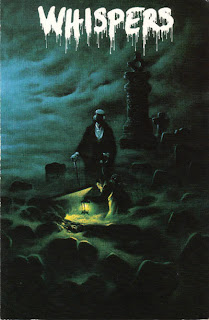 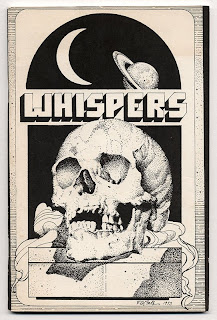 The glossier Midnight Graffiti has already been covered on this blog here. These following covers are from magazines I'd never heard of until now. I've seen some of them on eBay but they're going for more than I like to pay for vintage horror fiction stuff. If you want to see more stuff like this, Locus magazine's archives are indispensable. 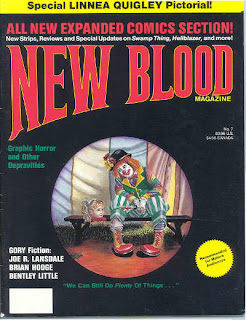 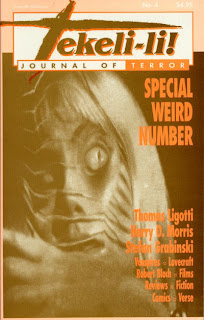 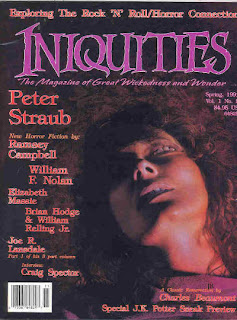 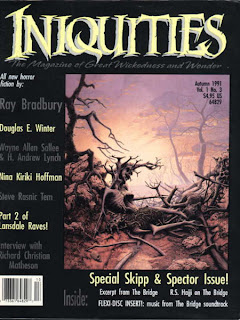 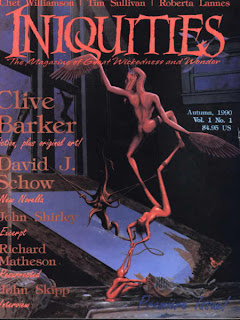 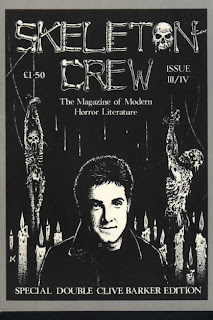 Posted by Will Errickson at 2:10 PM

Awesome post with some very nice cover shots. I've never gotten the opportunity to read any horror fiction magazines myself, but if I had to choose from the lot I'd probably head towards Cemetery Dance and Whispers (love pulpy horror goodness!). By the way, I couldn't help but notice that illustration from Night Cry showing up on this album cover for Jim Steinman's group Pandora's Box:

It's a shame that most of these magazines are out of print now. Horror fiction really is suited to the short story format. As a writer of short fiction myself, I yearn for the days when drugstores and newsagents had racks full of pulpy genre fiction. The market just isn't there anymore.

Sadly, I had a few of these back in the day and always, always, meant to send in a story... but never did. Even if it had been rejected I think that still would've been pretty cool.

Fabulous post, Will, and blog too, by the way. A lot of good stuff covered and your points are well made.

As a former collector/geek of horror magazines, let me steer you to some of the best (because, truly, some of the stuff published was pretty bad). Schiff's Whispers and Silva's Horror Show were the crowns, but there were some jewels as well: Crispin Burnham's Eldritch Tales (very tough to find these days) always had great Cthulhu fiction; Robert Price's Crypt of Cthulhu featured fiction and non-fiction about (and by) Lovecraft, his circle, and the latter-day Mythos contributors; Mark Rainey's Deathrealm; and Paul Ganley's Weirdbook was one of my all time favorites as far as fantasy/horror fiction went(and most uissues are still available from Ganley).

Keep up the good work with the blog. It's become one of my favorite places to stop.

I was not familiar with Weirdbook--I just looked it up; cool. And I'm glad to hear how much you dig my blog. Thanks!