Cut! Horror Writers on Horror Film, edited by Christopher Golden (1992): Looking for Horror in All the Wrong Places 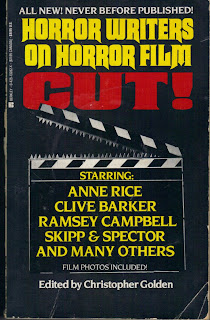 Quite often horror fiction is just a hobbled rehash of monster movie/haunted house/slasher conventions and cliches. I can't imagine - but I envy - what it must have been like for authors such as Arthur Machen, H.P. Lovecraft, Algernon Blackwood, M.R. James, Sheridan LeFanu, et. al., to write horror fiction without having horror film as an influence. Cinema looms over virtually writer working in the field since the late 1930s, and even a sort-of classic like Stephen King's It is filled with riffs on the movie monsters of yesteryear. And from what I gather, current horror fiction seems like it's either zombie fetish mania or extremely graphic brutality (and terrible, terrible covers, but of course you all knew that). But reading Cut! Horror Writers on Horror Film is a pleasure because (most of) the writers contribute funny, knowledgeable, and insightful articles and interviews about horror film and how it's shaped them and their fiction... for the better.

Cut! editor Christopher Golden includes lots of the 1980s writers I've covered here at Too Much Horror Fiction. John Skipp and Craig Spector have a seriously impressive, if jokingly written, piece on how horror can be found in all kinds of movies, from The Deer Hunter to Sophie's Choice to Lethal Weapon to The Wild Bunch. They also rightly note that horror filmmakers don't utilize non-bestseller horror fiction enough. Joe Lansdale ruminates on the cheap, nasty pleasures of drive-in B-movies, blood and bare breasts while Ray Garton ponders the considerable merits of Annette O'Toole and Nastassja Kinski in the 1983 remake of Cat People. Charles L. Grant insists that black-and-white is the only way to film a horror movie, lauding Val Lewton above all others. T. Liam McDonald gives a nice little history of the Hammer horror studio output. Clive Barker talks about arthouse and foreign oddities - indeed, Barker's interview drove me to see films such as Les yeux sans visage, The Holy Mountain, and In a Glass Cage. He considers Taxi Driver a horror film and he is perfectly correct. 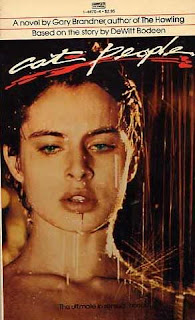 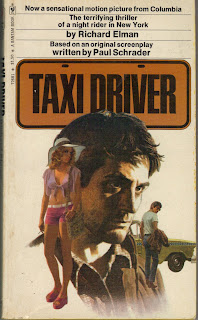 Showing eminent good taste, Anne Rice talks of her love for Bride of Frankenstein, Angel Heart, and Blade Runner and how Rutger Hauer is the only actor who could ever play the Vampire Lestat (!). Ramsey Campbell declares that at the time of his essay (1992), the scariest movie character he'd seen recently was not any horror serial killer but Joe Pesci as Tommy in Goodfellas. Philip Nutman and Paul Sammon, two horror journalists/editors, have in-depth critical pieces on the masterful and must-see films of David Cronenberg and David Lynch, respectively. Another editor, Douglas E. Winter, explores the filmography of Dario Argento. Horror comic book illustrator Stephen Bissette proves himself a fierce film critic when he looks at horror-fantasy throughout the entire history of cinema. 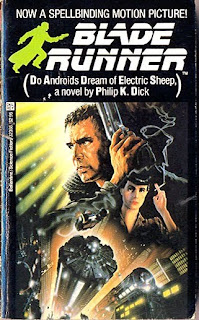 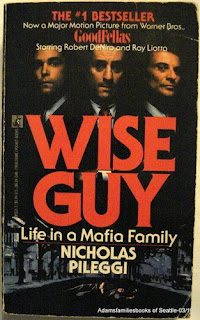 But there are some real boners in here, though. I mean, really, really bad. John Farris draws a blank when asked to name his favorite horror movies. Kathryn Ptacek writes a silly and amateurish piece on cannibal films while saying she doesn't like cannibal films. Ed Gorman tosses off a lame page or two about Wes Craven. There are more overly-chummy, embarrassingly earnest intros with corny in-jokes by Golden. I swear, I don't know what it is about collections like this that invite that attitude. Other authors present fair-to-good analyses of Fatal Attraction, The Haunting, and the giant bug movies of the 1950s.

Ultimately it's Skipp and Spector, Barker, and Campbell who really get at the heart of this essay collection, that horror as a genre is larger than most people think it is and its cliches can be avoided by looking elsewhere for terrifying entertainment and inspiration. Simply, it's as Ramsey Campbell puts it: Horror fans who look for their horror only in films and books labelled as such are cheating themselves.
Posted by Will Errickson at 7:20 AM

This one sounds like a great and enlightening read, for the most part. I love documentaries and behind-the-scenes type features that let you take a look at what goes on in the minds of the creative forces behind some of these pieces. Like you, I really dig that quote by Campbell. Sometimes the most frightening things are the simple day-to-day chills that unsettle us in the most intimate of ways. Love to get a copy of this someday.

Real horror comes from the morning paper. True crime books. Horror films have nothing on what people do to each other in real life.

Nancy Holder's "Why The Haunting Is So Damn Scary" is actually one of the better contributions imo. I'd never seen the movie before, but that really persuaded me to check it out.

I agree that Skipp and Spector's piece was the highlight, but I also liked Stanley Wiater's "Disturbo 13". It opened my eyes to some truly sick movies I'd never heard of before.

All in all, it's a pretty good book.

Yes, over the years I've finally seen all those films in the "Disturbo 13." Who knew one could look back fondly on I Spit on Your Grave, Men Behind the Sun, Nekromantik and Salo?

I picked up a copy of Cut! used from Amazon for $0.98 so around $5 with shipping. And it is in pristine condition! Can't wait to start reading it. Thanks for calling my attention to this one.

I'm amazed people even still know this book exists. And cut that Golden kid some slack...I was all of 23, I think, when I wrote those intros. :)

I recently read this book after having it stowed away unread for a number of years and found it completely underwhelming. It's like the authors were embarrassed to simply say "I like horror movies and here's why". The piece on David Lynch's films was a total bore as the author only speaks about how Lynch sold out like some outraged fanboy accusing George Lucas of ruining Star Wars. And an entire chapter on the sexual politics of Fatal Attraction? Give me a break. The only chapter I found interesting was Gary Brandner's tales of how The Howling got made into a movie.

I found out about this book on Amazon when I was looking for a very similar book called Cinema Macabre edited by Mark Morris, except in that book, every writer picks one film. I'd recommend it as much as this book.