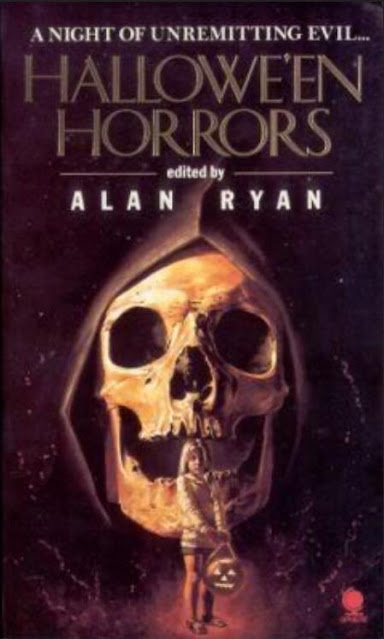 Do you wish it could be Halloween all year long? Have I got a story for you!

There's no doubt that the king of the horror paperback original is Alabama-born Michael McDowell. His Avon titles from the early 1980s are all must-reads, and I'm sure you know them (and if you don't, fix that posthaste): The Amulet, The Elementals, the six-volume Blackwater series, and more, and he even wrote the original screenplays for both Beetlejuice and The Nightmare Before Christmas. I can hardly believe he wrote no more horror novels after 1983, and his death in 1999 of an AIDS-related illness put an end to one of the greatest runs in the genre. McDowell may have been a master of horror, yet he wrote fewer than a dozen short stories, and none of them seem to get mentioned when his name comes up among fans. But one of those stories should, and it is called "Miss Mack." 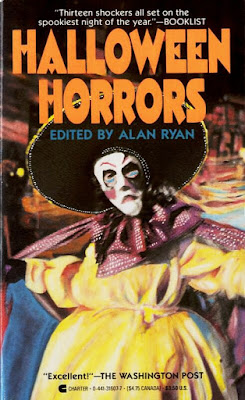 First appearing in the 1986 anthology edited by Alan Ryan, titled Halloween Horrors, natch, "Miss Mack" was only published again in The Valancourt Book of Horror Stories, Vol. 1 (2016). Well-chosen, guys! My initial read of it was in 2015, and it's one of the few stories that I've come across in recent years that won't leave me be. When I think about it, I get a twisty snake-like chill up my spinal column. Stripped of all the excess pages of a novel, McDowell is able to get down and get dirty in around 20 pages.

It's 1957, in the small town of Babylon, Alabama, and Miss Mack has arrived there from another even smaller town called Pine Cone (McDowell fans will well recall these blighted places). Although she is neither old nor young, fat, pig-faced, and gives "the impression of a large piece of farm machinery that had forsaken both farm and field," McDowell does not offer her up as an object of pity or scorn; her worst habit is drinking warm Coke by the caseful and not knowing much Alabama history. Folks know her as the long-time assistant of the photographer of grammar school children in this Southern region. When that fellow dies, she returns to Babylon and asks, nay states outright to the school principal, in a perfect example of go-get-'em-gumption, "Mr. Hill, I want you to give me a job." Boy, try that today! 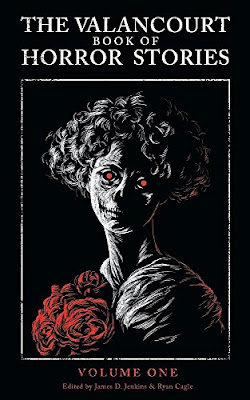 Knowing a good teacher when he sees one, Mr. Hill in fact does give her a job, teaching the third grade. She gets a small apartment between the library and the Coke bottling factory. Everybody loves her. She teaches fractions and the Alabama state song, and plays a mean dodgeball with the "manliest" little boys, flinging it so hard at them it puts them "right flat out on the ground." Boy, try that today!

Miss Mack befriends 22-year-old Janice Faulk, the other third-grade teacher. It is a study in opposites: bulky, tennis-shoe-wearing Miss Mack and neat, petite, doll-like Miss Faulk. But they get along very well, discussing school issues together, having dinner together, endless talking, even taking little nightly road jaunts in which Miss Faulk shouts at truckers they drive up alongside, "Do you want to race Miss Mack?" Sounds like a great time. 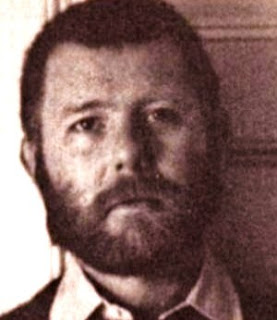 But you know who's not having a great time? Mr. Hill, who's got designs on pretty Miss Faulk, and didn't he give her a prize job, teaching the best, most well-behaved students, and doesn't she owe him something for that? Miss Faulk is "just the sort of impressionable young woman to imagine that such favors ought to be returned, with much considerable interest." Now McDowell does an interesting bit of sleight-of-hand, some foreshadowing that a careless reader might miss. Mr. Hill tells his mother, a widow living a place called Sweet Gum Head (I haven't looked it up to see if it's a real place in Alabama but it sure sounds like it could be), that he intends to marry Miss Faulk, and dear old mom tells him not to wait. But Mr. Hill waits, and it's a mistake.

The next time Mrs. Hill spoke to her son on the subject of Miss Faulk—the following Halloween—Mr. Hill listened carefully. And he did exactly what his mother told him to do.

Old Mrs. Hill is one of McDowell's classic evil matriarchs as we've read of in virtually all his novels. Indeed, this little story could be a sort of narrative aside that we never see in one of his other books. Although she never appears on-stage, as it were, she obviously controls Mr. Hill. This friendship of Miss Mack and Miss Faulk is getting in the way of Mr. Hill's having a nice, pretty wife. And Mrs. Hill, we take it through inference, wants her son to have a nice, pretty wife. Why, it's what any good mother wants for her son. They have "no intention of allowing his comfortable plans to be thwarted by a fat woman with greasy black hair and a face like a pig's." 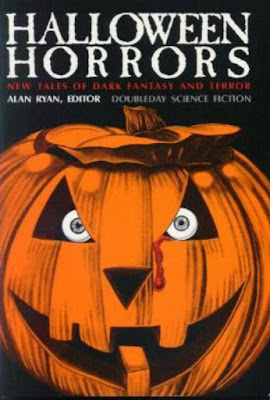 Now Miss Mack and Miss Faulk love to drive out to secluded Gavin Pond some miles away, fishing and enjoying one another's company after the long school week. Mr. Hill casually mentions to Miss Mack that his mother lives out that way, and maybe one Sunday afternoon on his way back from visiting her he could stop by while Miss Mack and Miss Faulk are fishing. Miss Mack says politely, "I wish you would." She has no reason to suspect anything untoward of Mr. Hill; but his mother is another story: in her Southern travels over the years, she's "heard stories about that old woman."

Now it's Halloween weekend, and the women plan one last getaway before the weather grows too cold to enjoy the pond. Miss Faulk reminds Mr. Hill about visiting them on their fishing trip, and he replies, "Didn't I tell you, Janice? You gone be needed here at the school Saturday." Miss Faulk tells Miss Mack she has to stay to help with the children's Halloween party, and encourages Miss Mack to go on ahead without her, and Miss Mack makes her promise to come on Sunday, "and you bring me some Halloween candy. I sure do love Snickers, and they go great with Coca-Cola." (They do!) Miss Mack sets off to the pond alone...

And now the spoilers below: 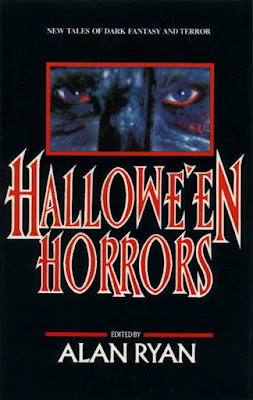 Having successfully separated the two women, Mr. Hill, as he said, stops by to see Miss Mack at the pond, telling her his mother drew him a map of the out-of-the-way area. "My mama has heard all about you, Miss Mack. My mama is old, but she is interested in a great many things." And Miss Mack herself has heard about old Mrs. Hill, and "that the things that Mrs. Hill interested herself in withered up and died."

As he leaves, Mr. Hill sprinkles the cindered, foul-smelling remains of some thing "recently dead or even still living" in the tracks that lead out of the wooded pond area, reads an incantation from a piece of yellow paper, burns the October page from a calendar, and smashes a stopwatch and a compass in the ashes. He drives away, back to the school... back to Miss Faulk.

Miss Mack awakes, ready to start her day, but something is amiss: it should be 6 am, but the sky is still black and the moon has not moved. The radio says it's 2 in the morning. She tries to drive out but can't find the turnoff to the main road. She walks through the woods but keeps ending up back at the pond and the trailer she stays in. She sleeps. She wakes up again and it is still 2 am and the moon has not moved—still Halloween night.

I believe that to be effective, horror has to affect the innocent. The story has to end unhappily. And "Miss Mack" features both elements. McDowell is often merciless to his most undeserving characters, and that's what makes his work so unexpectedly hard-hitting. The image of Miss Mack unable to find her way out of Gavin Pond, of waking up again and again in the middle of the night, running out of food and fuel, is to me so nightmarish I can barely stand it, it makes me sick to my stomach.

"Miss Mack" is McDowell in miniature, everything he does so well just on a small scale: perfectly paced, Southern locale, strong, capable women, weak and cruel men, and manipulative mothers from hell itself. I only wish McDowell had offered us more of these evil little treats, at Halloween time or any other.

Oh, man, I LOVE this story. McDowell was so damn good. So glad he's getting more recognition these days, mainly thanks to you, and Valancourt.

Were McDowell's stories ever collected in one place (or were there ever enough of them to collect)?

TALES FROM THE DARKSIDE VOL 1 contains most of his stories that were turned into scripts for the show (or vice versa? Not sure!). I think he only wrote half a dozen or so, not enough for a book

Gotta mention Cold Moon Over Babylon by McDowell, my first read of his books and the one that hit me with a 18 pound sledgehammer right betwixt the eyes and woke me up to this great horror writer. Afterwards I read The Elementals, The Amulet, and am now working on Blackwater, but I've gone back and read Cold Moon twice since first reading it a couple years back. It's that good, IMO.

It was Stephen King's recommendation that made me seek out this book, by the way ... I can't remember where I saw *that*, but it definitely was King that turned me on to it.

I love McDowell dearly, and "Miss Mack" is my favorite of his stories. I re-read it just now and enjoyed your assessment. Thank you for your post.

One problem with a lot of horror fiction is that editors steeped in a tradition of western morals don't like stories that feature bad things happening to innocents. When I was a young writer I had fits selling my story "Witch" because editors felt that the principle character didn't deserve her fate. One editor, who almost became a rabbi in his youth said, "I can't buy this story! The protagonist doesn't deserve what happens!"

McDowell was brilliant. Who knows what amazing things he would have written? First, Hollywood stole him from us, then disease took him that one, last door away.