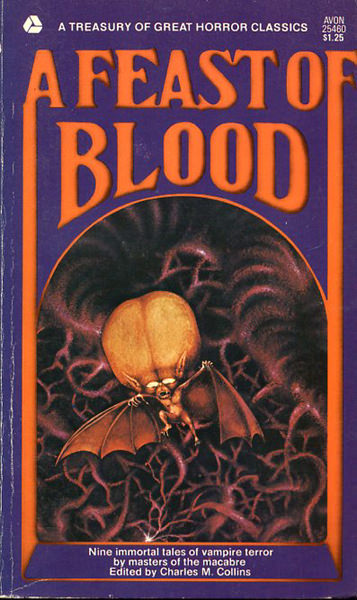 Until he was twelve Jules kept pretty much out of trouble.

Of course there was the time they found him undressing Olive Jones in an alley. And another time he was discovered dissecting a kitten on his bed.

How about that for a creepy kid? I mean, that is just textbook. Red flag and three-alarm fire. Get this kid into a psych ward posthaste. But in Richard Matheson's telling, "Those scandals were forgotten." I know it beggars the imagination today, but you know, as Lou Reed and the Velvet Underground sang, "Those were different times." And Matheson, one of the Founding Fathers of our beloved horror and dark fantasy genres, isn't writing a true-crime tale; this early Fifties, much-anthologized short story is called "Blood Son," and he's only setting the stage for our disturbed young protagonist to fulfill his much-desired destiny.

Originally appearing in a spring 1951 issue of a magazine called "Imagination" under the title "'Drink My Red Blood...'", Matheson uses spare, plain sentences in paragraph form to highlight the single-mindededness of little Jules: he wants to be a vampire. Born "on a night when winds uprooted trees" with three teeth to latch onto his mother's breast to drink mingled milk and blood, Jules has never not been creepy. He doesn't speak till he is five years old and then it's to say "Death" at the dinner table. Then he starts making up words, edgy freak-out-the-squares stuff like "killove" and "nighttouch." He's a failure in school, unless it's reading and writing, then "he was almost brilliant." A literate creep! 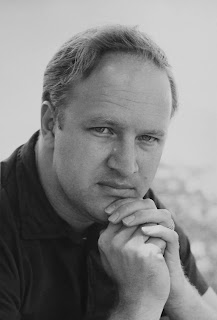 When he's 12 he goes to the movies one Saturday and sees a picture called Dracula (Matheson doesn't have to specify which Dracula because in 1951 there was only one Dracula). And like many kids who see a movie that makes them feel something special but they aren't quite sure what to do with those feelings, he goes home and locks himself in the bathroom for two hours. Ignoring his parents pounding on the door, Jules finally emerges with "a satisfied look on his face." But he's also got a bandage on his thumb, so it's not that kind of creepy. 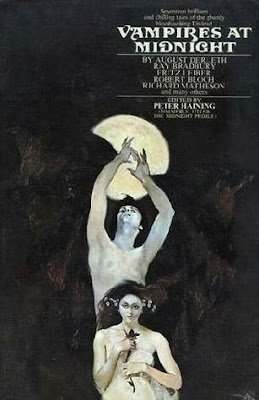 I like this kid—he skips school to hang out at the library, and from there steals a book—ok, that's not so great—but it's Bram Stoker's Dracula so I dunno, I guess I like him again. Showing his brilliance, he reads the book straight through in the  park, and then walks home reading it again "as he ran from street light to street light." As someone who tried to read the Stoker novel when in kindergarten, I really admire Jules: "As the days passed Jules read the story over and over. He never went to school." 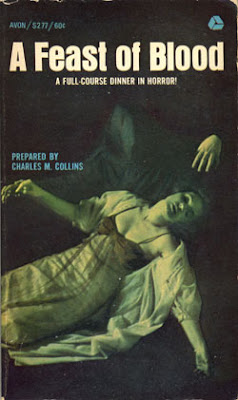 1967 Avon vampire anthology
Eventually Jules does go back to school, mostly because he wants to write a composition to read in front of the class. Duly impressed at his offer, the teacher allows Jules to do so. She is unhappy mere moments later when he reads aloud:

"'My Ambition' by Jules Dracula. When I grow up I want to be a vampire. I want to live forever and get even with everybody and make all the girls vampires."

Such laudable, ambitious, and clearly-articulated life goals. This kid is goin' places! But alas, he's dragged out of class and is in big trouble, mister. 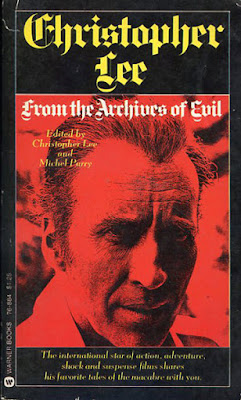 This is pretty much it for Jules and school, no surprise. He becomes a kind of juvenile delinquent, drifting around, I guess, "wandering the streets searching for something." Unexpectedly, he visits the zoo, and upon seeing the vampire bat, has a similar reaction to seeing and reading Dracula: he becomes obsessed, learns all about it, and then one night is able to grab the vampire bat from its cage. Jules takes it to a shack off an alley and, with a penknife, cuts his throat open and implores the little creature of the night to "Drink my red blood! Drink me!" The furry black bat laps it up, and then "suddenly his mind was filled with terrible clarity." 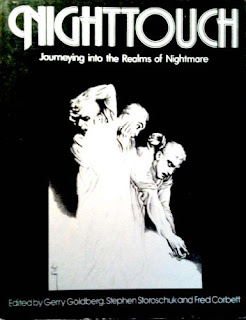 1977 anthology taking its title from this story
I guess the following is a spoiler? Yep, as his blood pours out of him, Jules realizes what a sham it's all been, and here he is, dying in an abandoned shack "lying half naked on garbage and letting a flying bat drink his blood." Jules flings the winged mammal from him in vain, stumbles outside, near death. He can hear the bat wings coming back... and then they're gone. Jules may be dying, but he can sense he's now being lifted up by a man "whose eyes shone like rubies." Who it is you can probably guess, and also what he says to the boy, fulfilling Jules's long-dreamt destiny.... 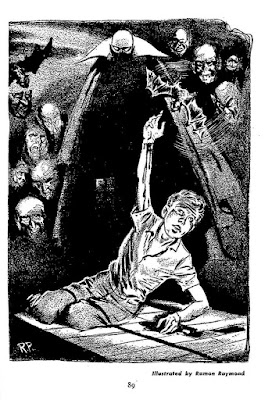 Matheson's terse, stripped prose is incantatory, the opposite of the archaic, romantic stylings of Gothic fiction. His conflation of daily banality and supernatural malevolence is perhaps his richest contribution to the genre—no, more than that: he helped construct the modern horror tale with this duality. And having Jules engage with the fictional and cinematic Draculas is also utterly modern, Old World myth meets New World high-tech. This was an all-new approach to horror. I could sense it when I read it in my early teens, this story so bereft of ornamentation but so rich in implication, an invocation of evil, desired and embraced: this self-orphaned outsider has sought, and he is found.
Posted by Will Errickson at 5:31 PM

Really digging this little side adventure off into the world of genre short stories.
I know you review collections and anthologies, but the zoom-in focus on these individual tales is a nice change of pace.
Its been fun scrounging through all my old anthologies, trying to turn them up.

What a Fine Hand said...

I first read this at 8 years old in an anthology called, I think, "The Big Book of Vampire Stories"? For years I forgot the title, but remembered the disturbed protagonist, his visits to the zoo, the obsession with the bat, the chilling climax. It certainly made an impression, so it's strange I couldn't recall the title.

Will, you tried reading Stoker's Dracula while kindergarten age? Ye gods - I was proud of my own reading prowess concerning Hitchcock's The Three Investigators (children's book series) in third grade (maybe? might have been second). You got a early start, eh? :)