The Horror Paperbacks of Ken Eulo 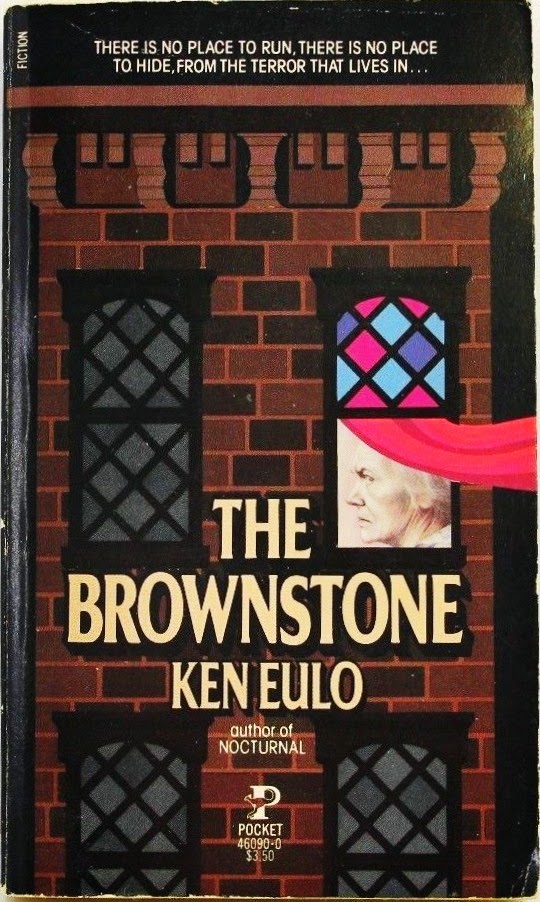 Newark-born author Ken Eulo celebrated his 75th birthday this past November 17th, and although I've never read nor own any of his books, they were quite big paperback bestsellers in the 1980s. Certainly I saw dozens of copies of these titles while working in a UBS in the early 1990s but I wasn't ever drawn to them. His trilogy of "Stone" novels--The Brownstone (Oct 1980); The Bloodstone (Oct 1981); and The Deathstone (Nov 1982), all from Pocket Books--are set in the urban enclaves of Manhattan, and today are available as ebooks. 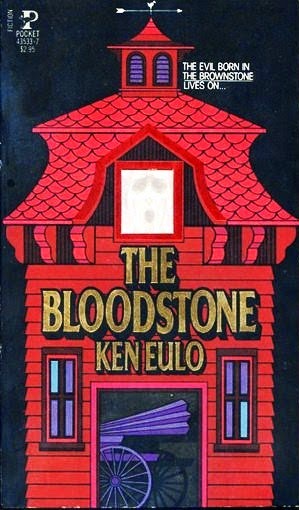 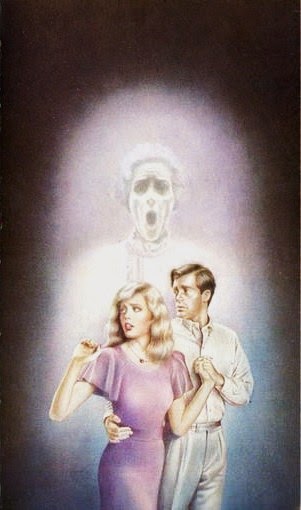 According to ISFDB, there is no artist credit given for any of these titles, and you can tell there are cutouts in the covers so we're missing some nice stepback images. The only actual stepback art I could find online was for the second book, The Bloodstone--and you'll note its similarity to the iconic Flowers in the Attic (1979). That art was done by a woman named Gillian Hills. Not the Gillian Hills, I can hear you saying. Well, brace yourselves: it is the same Gillian Hills! Perhaps she was responsible for the Eulo trilogy as well. 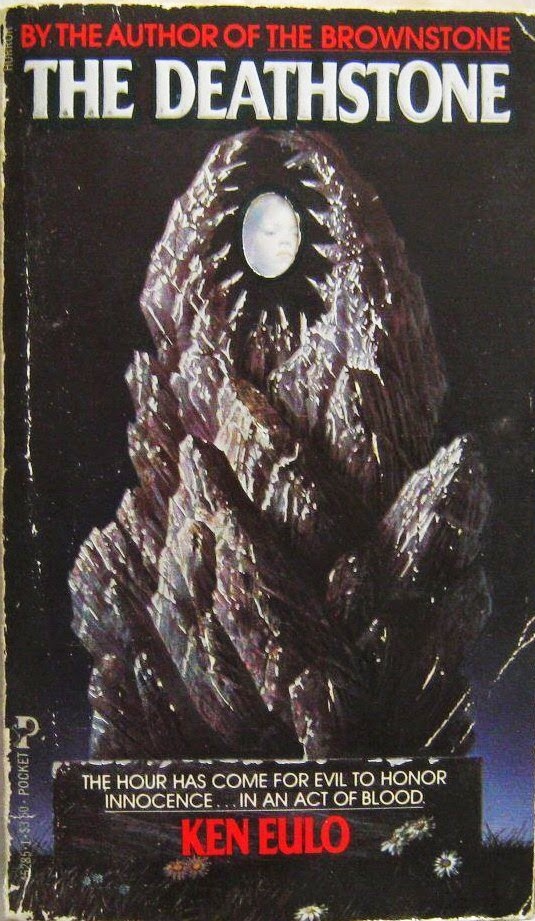 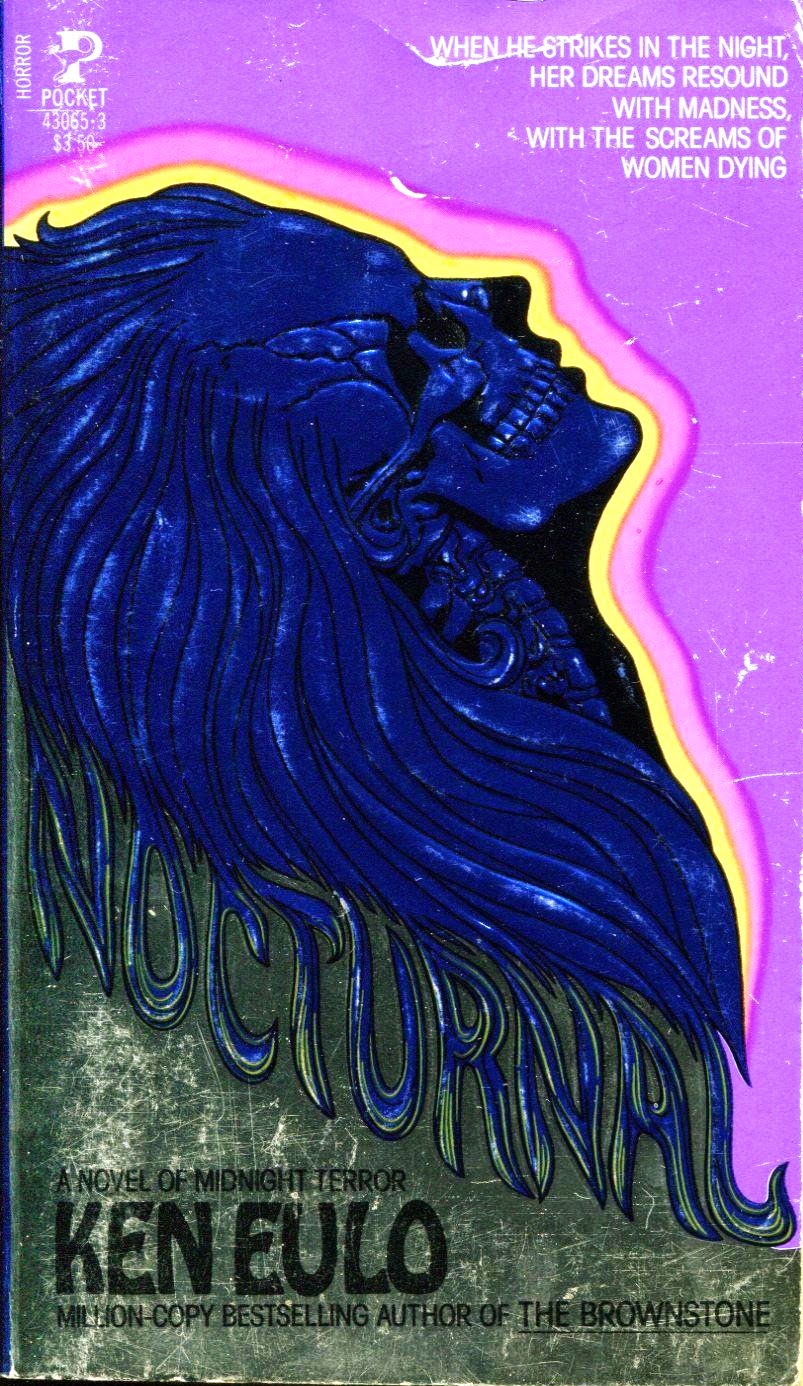 I never tire of skulls with flowing locks; Nocturnal (Dec 1983) really goes for it, bone by bone. The Ghost of Veronica Gray (Aug 1985/cover art by Lisa Falkenstern) would appeal to teenage girls, I suppose, but certainly not to a teenage me. 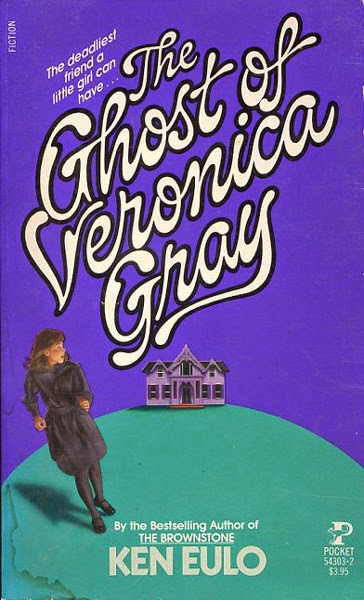 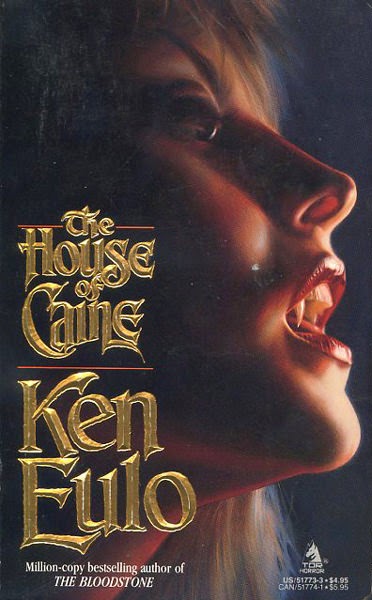 Pocket Books stopped putting out horror fiction in the late '80s, so Eulo's next couple books were published by Tor. 1988's The House of Caine features a nicely sensual lady vamp, but according to some Amazon reviewers, it's fairly terrible. Then in 1991 came Manhattan Heat, which has an uninspired mainstream cover, very Joseph Wambaugh meets Jackie Collins. According to Eulo, though, it's "about New York City, the underground subways, and zombies." Read a good behind-the-scenes, where-are-they-now interview with Eulo here. 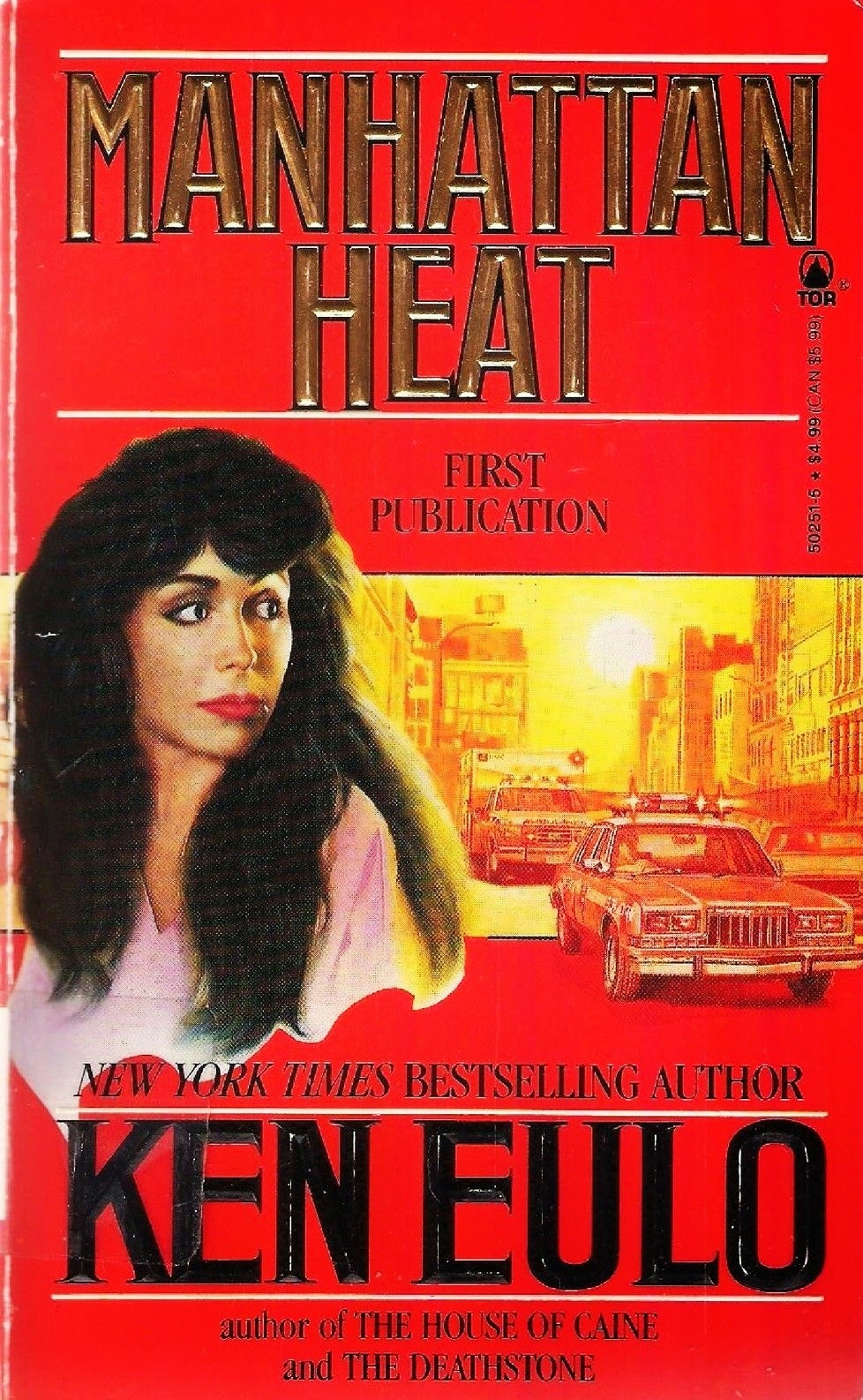 I end asking: anybody read any of these?

Read both THE BROWNSTONE and THE BLOODSTONE. Enjoy them to a point. Typically '80s stuff. Not really frightening or impressive but well-written enough to go on to THE DEATHSTONE one of these days.

Wow, that Ghost of Veronica Gray cover is really trying hard to look like an Peter Straub cover. Did that "spooky cursive" typeface show up anywhere else?

I was always fascinated by Eulo's success with his Brownstone books (the first sold well over a million copies and I can't figure out how something so routine became such a huge bestseller). I have his books with the insteps you're missing, but they are really, REALLY bland, and not worth searching for. Still, I'll always love any horror story set in a brownstone, so Eulo at least has a great sense of setting even when he doesn't know what to do with the characters within the book.

Like you, I saw his Eulo's books all over the place back in the day, but my Spidey sense always warned me off them, so I never did ready any of his work. From the sound of the article and the above comments, sound like I was wise to steer clear.

As far as reviews go, good or bad, I prefer to read a book and judge for myself. I never listen to reviews for books or movies