The Tor Paperbacks of John Farris 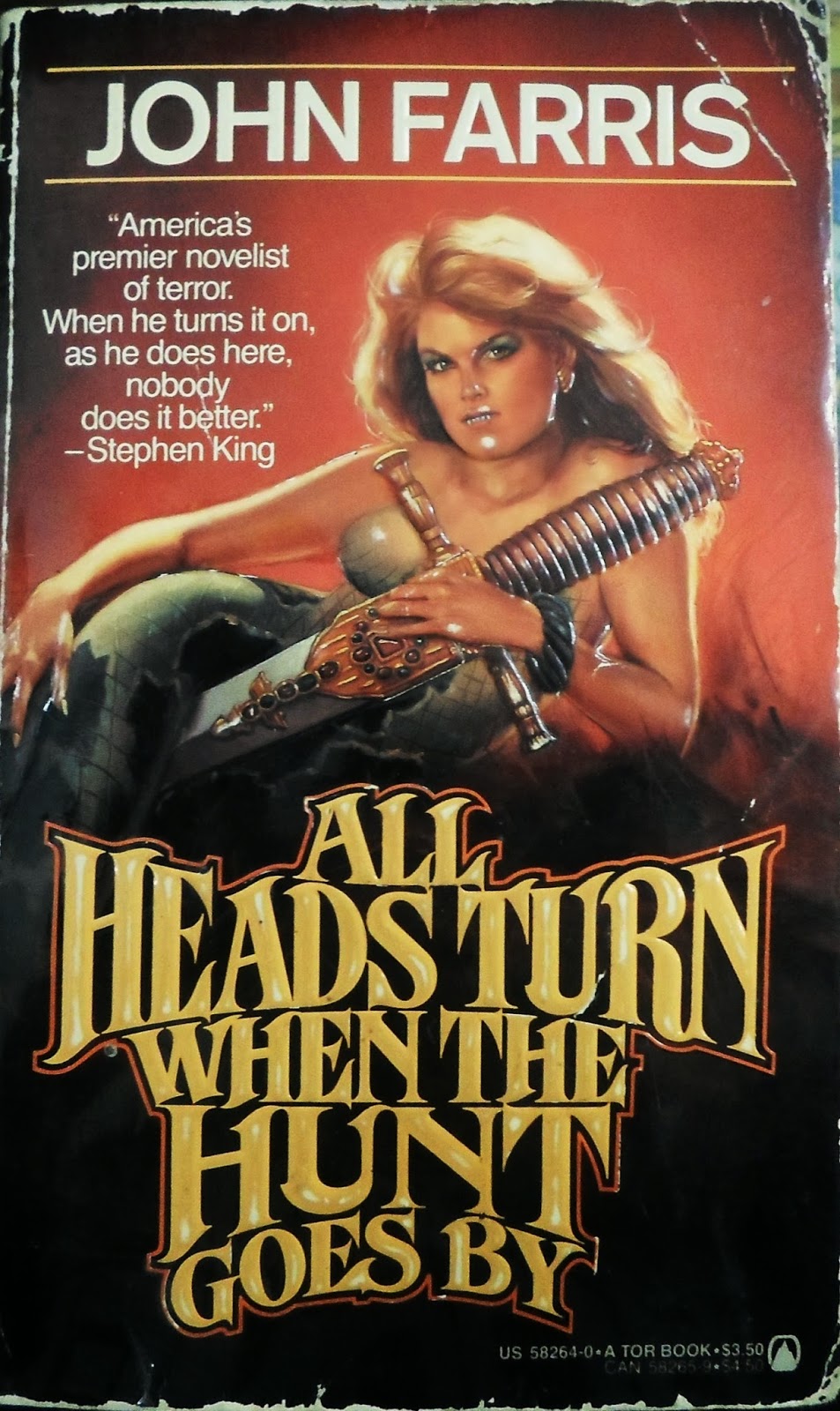 It wasn't only Ramsey Campbell, Graham Masterton, and Charles L. Grant whose books were adorned with garish and graphic paperback covers when published by Tor--check out the '80s output from John Farris! Some titles, like The Fury, Shatter, The Captors, and All Heads Turn When the Hunt Goes By (check out snaky Ann-Margaret on that one!), were from the 1970s and then reprinted by Tor once Farris had signed with that publisher. He was quite prolific then, and still writes even as he nears 80 (Tor published his latest novel, High Bloods, just a few years ago). 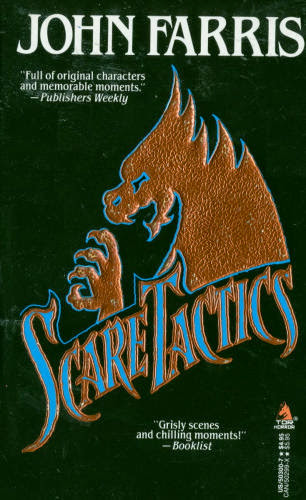 Scare Tactics (1989, cover art by Carol Russo). A collection of short fiction. The cover "demon" was also used as the icon for Tor's horror line. 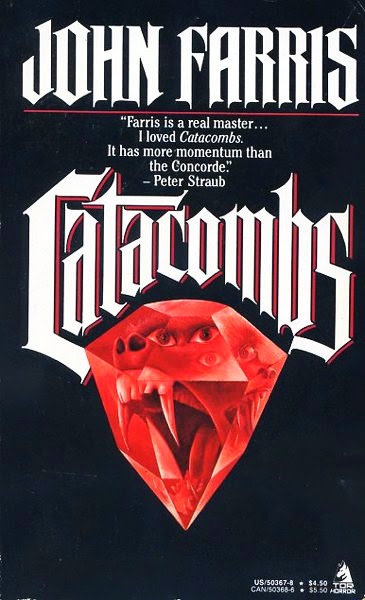 Catacombs (1987/orig. 1981, cover art by James Warren). I tried reading this one, not really my thing, although it was well-written. Apparently it's a kinda-sorta retelling of King Solomon's Mines. 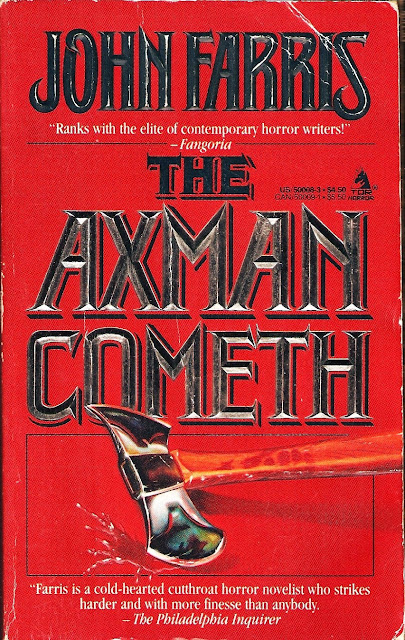 The Axman Cometh (1989). Was Farris an O'Neill fan? In the intro, Farris instructs readers to read this one in a single sitting. Don't know why (although one Goodreads reviewer suspects it's so you'll miss cracks in plotting and some really poor writing!). 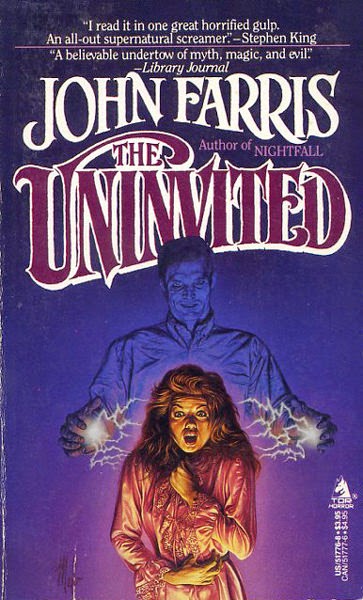 The Uninvited (1987/orig. 1982, cover art by John Melo). King quote, check! Not related to the 1940s supernatural chiller of the same title. Dig how the ghost likes a nice button-down. 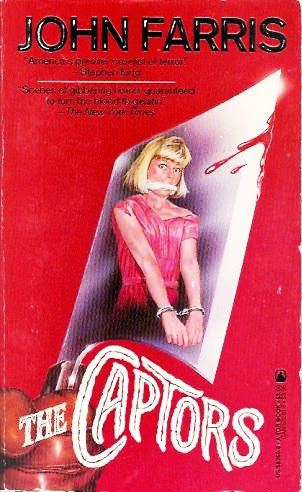 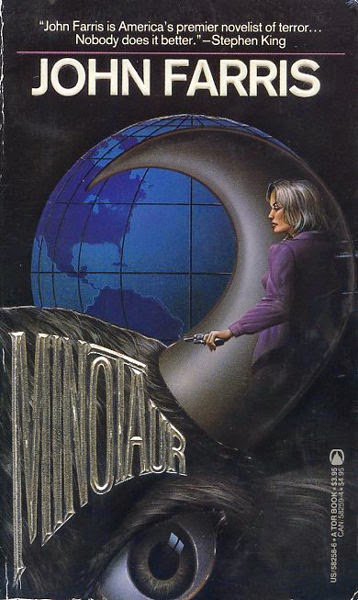 Minotaur (1985). Looks like a globe-trotting political thriller. I wonder if there's an actual minotaur at the center of it all?! 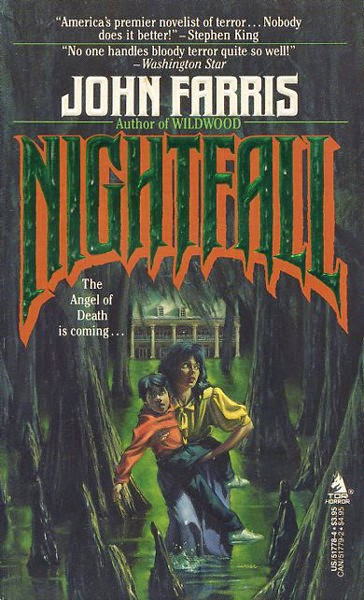 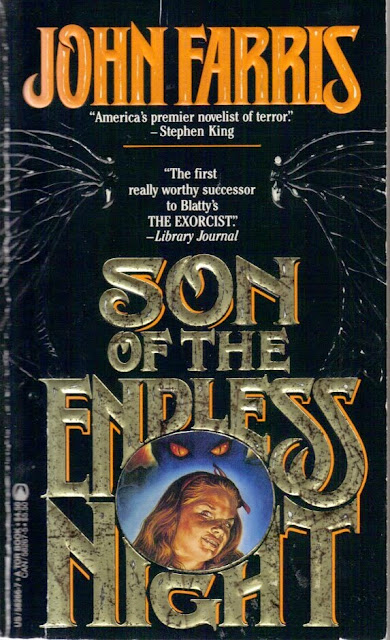 Son of the Endless Night (1986, cover by John Melo). I read this one a few years back; it's awesome in that over-the-top '80s-horror way. 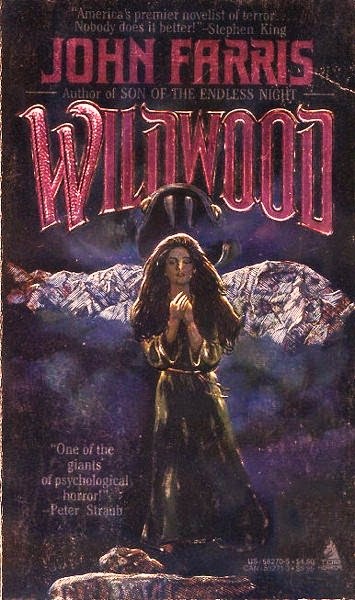 Wildwood (1986). Do yourself a solid and watch this TV promo for the paperback, featuring Zacherle! OMG I wish more horror paperback publishers had done this. 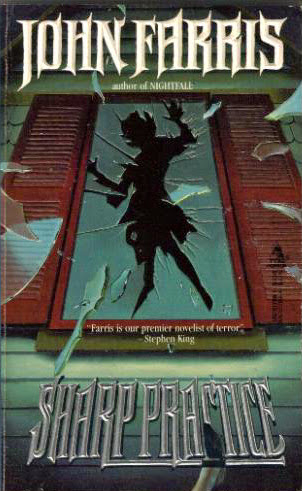 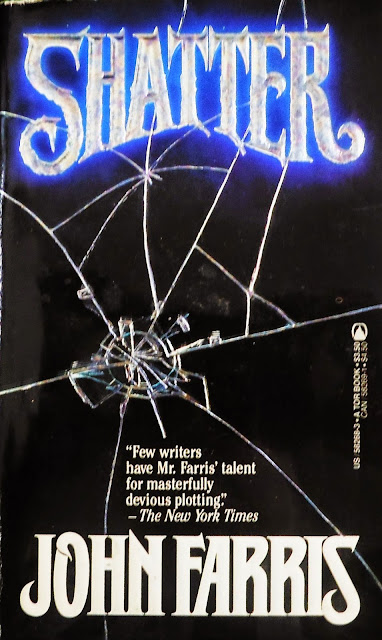 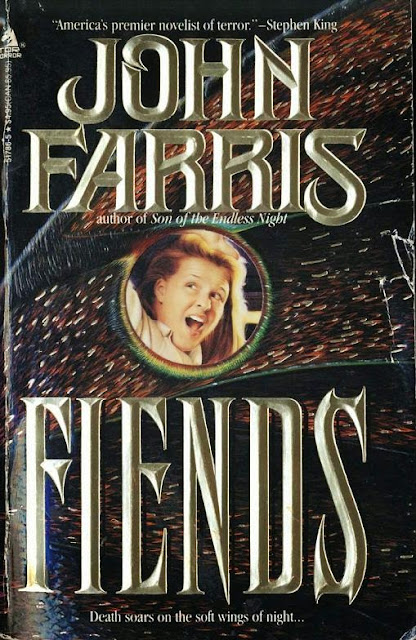 Fiends (1990, cover by John Melo). According to the PorPor Books blog, not a must-read. 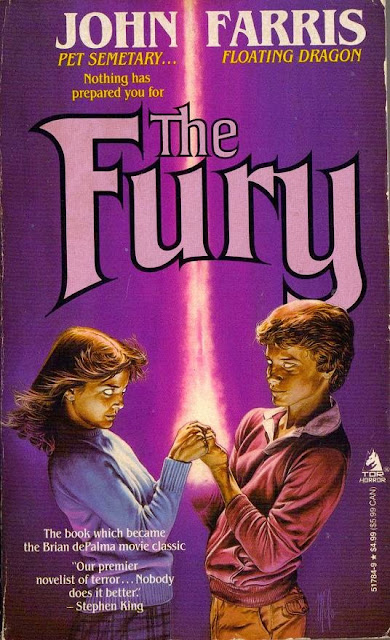 I have most of these on my bookshelf; I really need to get to reading 'em!

I just picked up Nightfall recently. About halfway through now. Some solid writing so far, and a relatively minimalist plot that I'm enjoying so far. Some unevenness, and a random "why the hell would that character do that?" moment or two, but a quality slice of horror for the most part.

I enjoy John Farris. SON OF THE ENDLESS NIGHT is one engaging horror read. Well, the first half is; the rest plays more like a John Grisham novel but with a twist. Definitely worth a look.

I read All Heads Turn When the Hunt Goes By years ago. I remember it being a pretty tight supernatural thriller with some racial overtones that probably don't reflect Farris' own attitudes.

Cool covers. I read Nightfall last year. Just found it okay but have a few more of him to read.