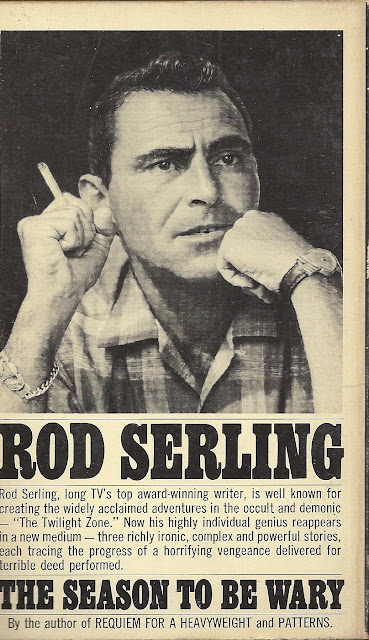 Without Rod Serling's iconic TV show "The Twilight Zone," the genres of horror, science fiction, and fantasy would probably be less a part of pop culture than they are. By installing the weird, the uncanny, the awesome and the dreadful in middle American living rooms throughout the '50s and '60s - and on into eternity - Serling made this kind of entertainment acceptable fare for all. He got us to see that our lives were in thrall to powers beyond our control, that what was strange, bewildering, horrific for some was the normal course of things for others. Sometimes these moments of realization led to acceptance of human foibles; as often, they led to death and despair. 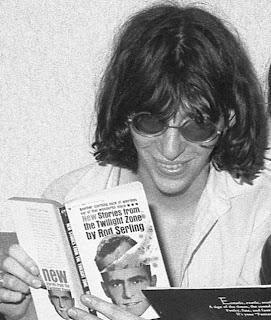 Of course Serling also helped the careers of writers Richard Matheson and Charles Beaumont (not to mention the countless actors and actresses that got their start on the show) for which we must be thankful. I read quite a few of these Bantam "Twilight Zone" paperbacks, originally published throughout the 1960s, as they were reprinted through the late 1970s and '80s. Of course I even tried my hand at my own versions of TZ stories when I was a pre-teen. Serling and "Twilight Zone" were indeed my introduction, my gateway, to all of horror fiction! 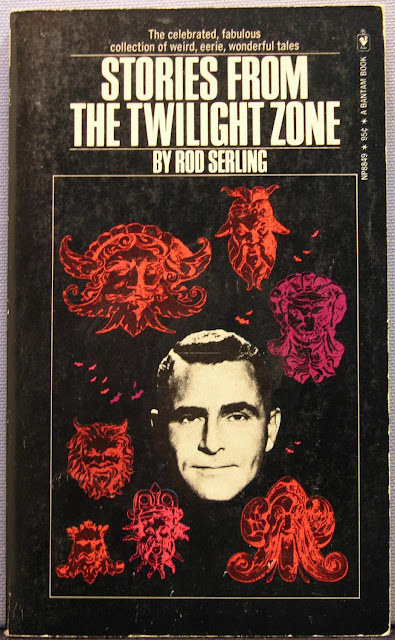 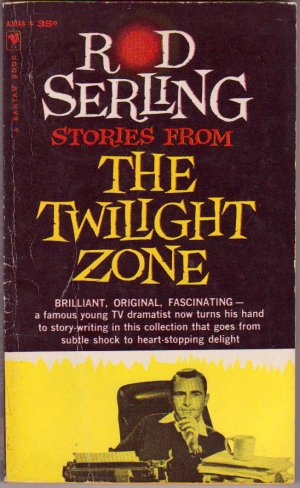 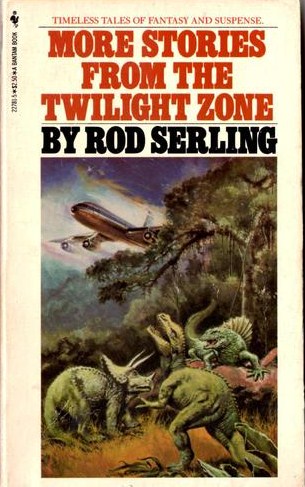 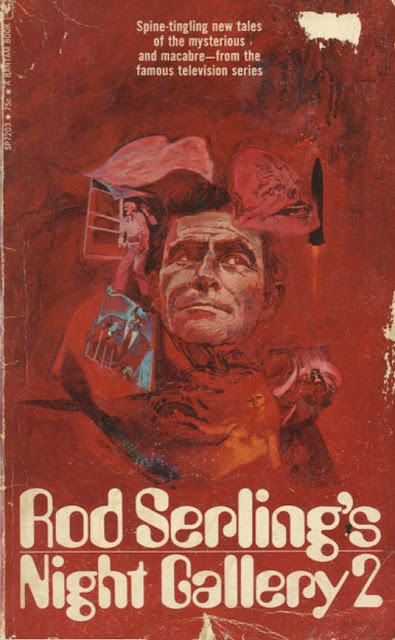 Posted by Will Errickson at 8:39 AM

Good Lord, I want them all.

Great visual effect when the covers are stacked like that; I've been catching up on episodes of Night Gallery, having seen it only sporadically when I was a kid.

Serling was simply the most brilliant screenwriter in the history of television. He was a creative genius par excellence.

I also hold in high regard his script for the movie, Planet of the Apes where he took Pierre Boulle's rather pedestrian novel and made it into a post apocalyptic epic.

Someone who warrants being called brilliant and original.