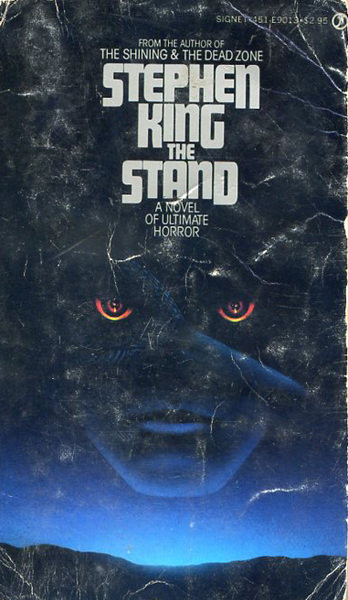 You know 'em, you love 'em - well, probably you do - these are the classic early novels from Stephen King, all published by Signet/New American Library. The bold, striking, even iconic original first-edition paperback cover art for The Stand (Jan 1980) is by Don Brautigam, and is (mostly) superior in every way to all the countless King reprints that have followed. The short novels in Different Seasons (August 1983) are my favorites of these, followed very closely by The Dead Zone (August 1980), while Cujo (August 1982) and Firestarter (August 1981/art for both by Stephen Stroud) I've always felt were somewhat minor works. I haven't reviewed any of these titles here yet but they provided me hours upon hours of pure horror entertainment, and there's not much more I want! 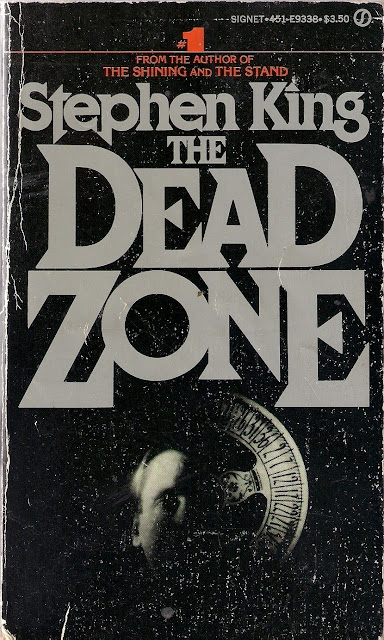 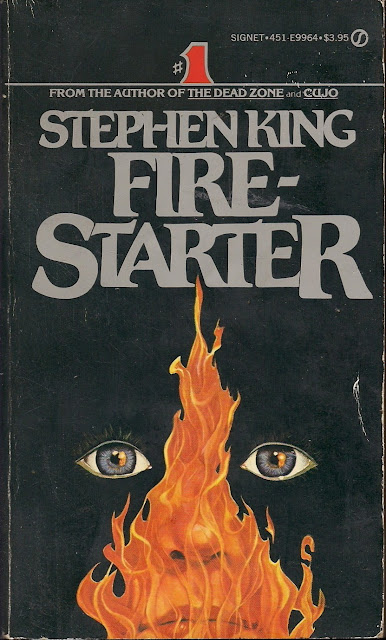 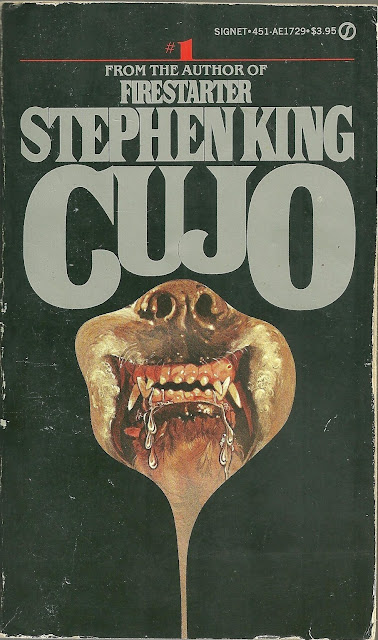 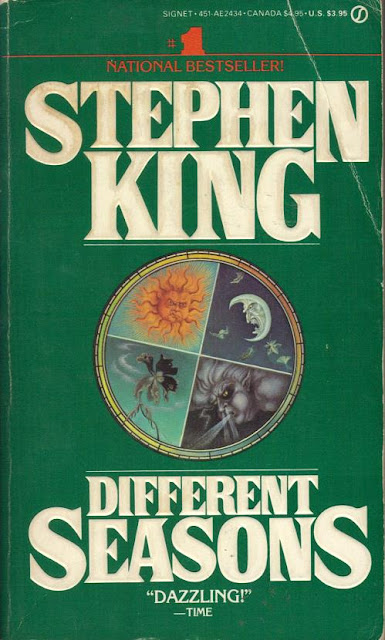 (Check out other first-edition paperback covers of earlier King classics: Carrie, 'Salem's Lot, The Shining, and Night Shift. I loves 'em all.)
Posted by Will Errickson at 8:44 AM

Recently found this edition of Cujo at a thrift store for 30 cents love it.

The ubiquity of Stephen King meant that I was able to purchase, if I liked, any edition, including these editions, for cheap prices. As a younger lad, I was particularly a fan of the garishly silver covers that adorned Firestarter and The Shining. However, I've never seen a green Different Seasons cover before; I'm much more familiar with the yellow version that appears to me, more widely distributed.

I love the Signet editions! Whenever I spot one of these suckers on a used bookshop's shelf, it automatically lands in my buy pile, whether or not I've read it before, whether or not I already own a different edition. Great post, Will.

The Stand cover shown is the edition I read way back when and I still have it. The Dead Zone edition pictured was one I started but did not finish and I regrettably lost that book. I have since re-bought it (with a different cover) and finally finished it and has become one of my favourite King novels. Great post, Will, these covers are fantastic.

DEAD ZONE was always a fave of mine too, read it a bunch when I was a teenager but haven't reread/reviewed it for the blog... yet.

I always liked that cover of the stand. I also like the Firestarter one. I have to say I've never been a fan of the Cujo one - my favorite for that is with that creepy fence.

I think the fence with the bloody stain spelling CUJO is from the movie poster. Cool image, yes.