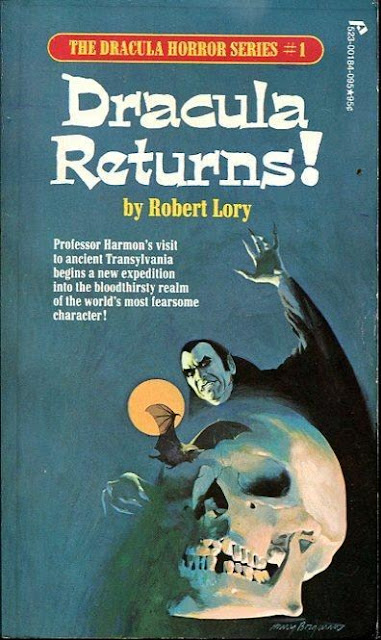 Some classics from Robert Lory's nine-volume The Dracula Horror Series, which began April 1973, with the aptly-titled Dracula Returns. The covers for the US editions published by Pinnacle featured at first traditional opera-caped Drac, bats, sexy vampire brides, and full moons. As the series progressed you saw other pulp/horror icons like the zombie and the mummy, and then-hot fads like cults, pyramids, and lost civilizations. Artist Harry Borgman illustrated the first four, a "J. Thompson" did number five, and Victor Valla did the last bunch. All have their groovy charms, but I think my favorites are the first two. Read full, positive reviews of the series here. 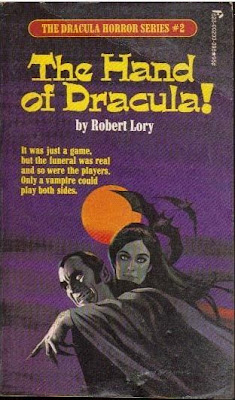 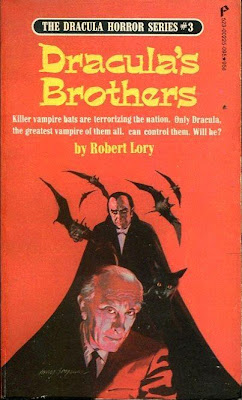 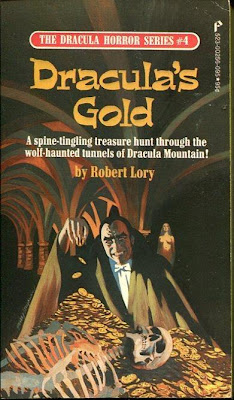 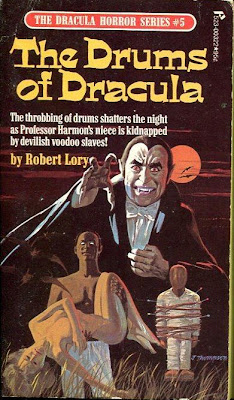 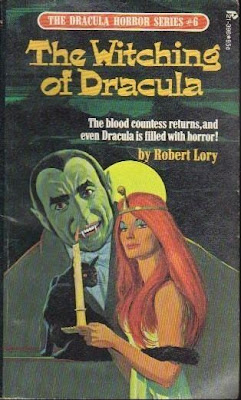 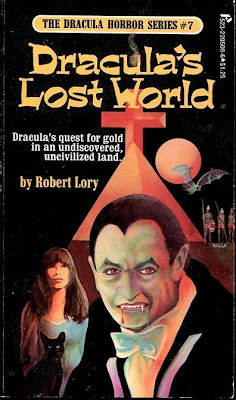 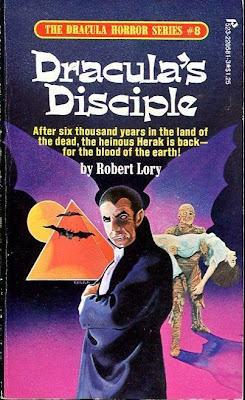 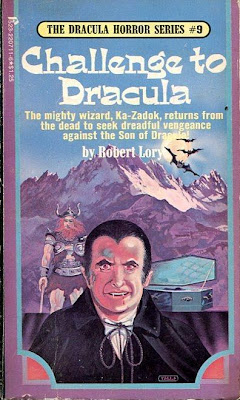 Posted by Will Errickson at 3:08 PM

Are the books any good?

Honestly, I have no idea. I've *never* seen any of these in a used bookstore. But if you read the reviews I linked to, they sound like real horror fun.

I got the second book in this series for Christmas so I plan on grabbing the first one and giving them a try. I too have heard that they are fun little reads, so I'm looking forward to seeing what they are like.

There were a handful of them in Moe's back in Berkeley, CA, but I never picked them up. Perhaps I should have?

I have them all and read them all years ago. They're all pretty damn good, and well worth tracking down.

Thanks for the input.

These all sound wonderfully good. I'll be hunting them down now. For anyone who loves this era of Dracula tale, I hope you'll grab a copy of my new book, The Crypt of Dracula--a tale very much in the feel of the 60s and 70s film Draculas. I won't drop a link here, because I don't know if that's appropriate, but you'll find them online under my name. This site is a fantastic resource of great horror stuff, and while I'm sad to only be discovering it today, I'm thrilled I'll get to comb through the resources here. Cheers for a great site, Will.

No problem Kane, sounds cool. I appreciate the compliment!

Will, if you drop me a line at kane [at] kanegilmour [dot] com, I'll be glad to gift you an e-copy of the book, or if you prefer print, I can send you one in the mail. I know your reviews are for vintage books, but it might be right up your alley. More on topic, I'm trying to track down Mr. Lory to look into the reprint rights on this series, so we can get it available as e-books. I'll let the thread know of any developments.

FAMOUS MONSTERS OF FILMLAND once offered the first five books, but stopped at THE DRUMS OF DRACULA. Never did figure out why ol' Forry never offered the other four.