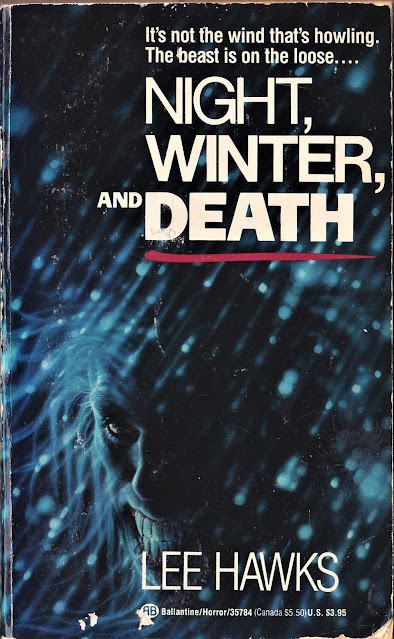 One of the most popular subgenres of crime fiction is what's known as the "cozy mystery." Authors like Lilian Jackson Braun, Diane Mott Davidson, and even good old Agatha Christie with her Miss Marple series, as well as a television show like "Murder, She Wrote," are prime examples of this style, in which graphic sex and murder are "off-stage," the setting is an inviting village, and the cast of characters is a likeable, friendly lot. I have never read any, but I can see the appeal. 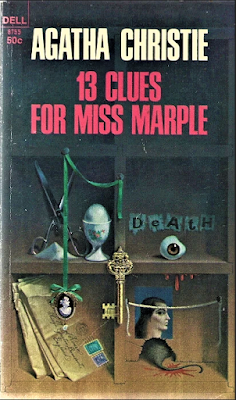 Lately I've been thinking that there are horror novels that provide the same sort of vibe: well-known tropes and characters in a story that isn't trying to reinvent the genre or expand its parameters. Violence is plentiful but not off-putting. The writing is well-crafted, not arch or ironic; no self-referential winking at the reader. Homey, satisfying, you've had this meal plenty of times before and that's the point: it is a dish served with care and love, hot and ready for eager consumption. Familiar frights that delight the long-time horror reader, well-worn, but freshly presented anew.

That's what Night, Winter, and Death (Ballantine, May 1990) seemed to offer up when I first began reading it. Lee Hawks is a pseudonym of Dave Pedneau (1947-1990), who also wrote crime fiction. A journalist before he began publishing books, he's a capable, engaging writer, at ease depicting a small town and its inhabitants; he draws you in with a practiced eye and notes the right details that makes you feel right at home. His evocative title is drawn from a 1933 bestseller, Guy Endore's The Werewolf of Paris (a book I own but haven't read). A blog reader brought Night to my attention some years back when I reviewed Pedneau's How Dear the Dawn, also a comfort-food style horror novel, which he wrote under another pseudonym, Marc Eliot.

So my hopes were up... but were dashed maybe halfway through. The set-up in the first few chapters was perfectly cromulent: a cranky old lady talking nonsense about a local curse; a plucky but not obnoxious high school kid who's fascinated by said curse; some surprisingly explicit sex scenes. You can read this back-cover copy for the whole story-line, I won't rehash it here. But the tale began to meander, the tension went slack, everyone argues for no good reason, more interesting characters (like a writer obviously a Pedneau stand-in) are relegated to the background, and the promised horrors are rote, uninspired scenes of gore had me almost skimming pages. Even one of my favorite kinds of horror setting, the winter storm that the title makes palpable, doesn't sink into your bones the way you need it to (for a good example of how to do that, check out Earle Westcott's Winter Wolves). Man, this book was bumming me out.

I don't understand when horror writers skimp on the horror. Pedneau doesn't seem to be following the quiet horror less-is-more school; he doesn't shy from sex and gore, yet he refrains from describing the shapeshifter/werewolf (it's a wolf-man yes, but the curse refers to a shapeshifter) any more than necessary, or in the most banal manner possible. I kept waiting, in vain, for a great monstrous reveal. In a movie, I get it, making movies costs money, so crappy effects to cut corners at least makes sense. But writing is free, so give with the goods!

Also: I've been done with cops in my horror fiction for ages, long before our current sociopolitical climate. If I wanna read about cops I'll read a crime novel, but in horror I feel like they never add anything to the proceedings. Graham Masterton in The Manitou and Clive Barker in Cabal feature the police in the correct way: as being completely, utterly useless in dealing with the supernatural and getting wiped out in the process. Thematically I think that's perfect, but in practice I don't even want them as characters. Whooo cares.

The teenage boy at the center of the story, Zach, didn't bother me at all, but schoolteacher Mona is always smiling at people even in the midst of terror and doesn't know what "metamorphosis" is and when someone says "Oh no, the power is out!" she is confused as she's never heard someone say "power" for "electricity." It's the kind of tiny note of oddness that makes me think Pedneau knew someone like that in real life! But rather than charming, it's annoying; does anyone really want to read a book with a person dumber than they are as the protagonist?

Scattered throughout Night there are decent enough moments—one man's painful descent into lycanthropy was handled well—but eventually that "coziness" becomes the curse itself, a smothering folksiness that defangs, if you will, the general proceedings. I couldn't wait to be done. Despite its terrific title, Night, Winter, and Death offers little more than a good writer working beneath his skill set, an uncomfortable fact quite the opposite indeed of coziness.

Posted by Will Errickson at 1:20 PM

I also read this book recently, and was similarly underwhelmed. Werewolf novels are seldom all that good, and this was especially blah. It started out with some potential, but then lost it pretty quickly.

Odd that we both picked this rather obscure novel up within a couple of months of each other. :)