Cold Hand in Mine by Robert Aickman (1975): The Image Within 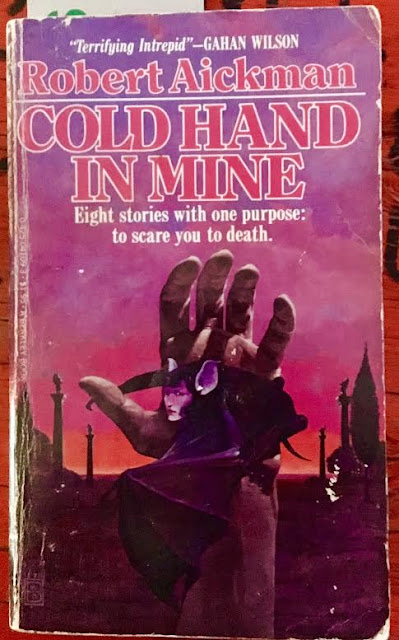 It is probably a mistake to label Robert Aickman (1914 - 1981) a horror writer. While his stories have been featured for decades in a myriad of horror fiction anthologies, I believe he was uncomfortable with confining his output to any single tradition; Aickman preferred to label his works as "strange stories." To me, this seems right and apt. Another word I'd use to describe his stories is "uncanny," since they rarely adhere to generic conventions but instead move subtly around them, hinting at unconscious drives, highlighting how the real world and the real people in it may be illusions obscuring darker forces at work. Odd occurrences do not add up; the killer does not remove a mask and identify himself, because we aren't sure there's a killer at all, but only time and chance and that what might be called fate. You might not be surprised when I suggest Aickman is a bit of an acquired taste.

Aickman has long been a favorite of adventurous readers who search high and low for the forgotten or the overlooked, the challenging and the obscure; in recent years his reputation has grown and grown, and  his books have been brought back into print by several publishers. After years of fruitless search myself, I recently bought, for a few dollars more than I generally like to pay for old paperbacks, a copy of Cold Hand in Mine (Berkley Books reprint 1979, cover art by Michael Whelan). The paperback's spine reads SCIENCE FICTION but that is ridiculous: these are quiet, literate tales of creepiness; the front and back ad copy oversell it and I wonder of buyers' remorse back in the day... 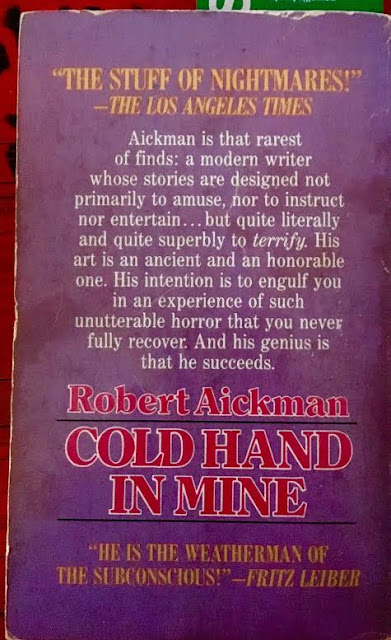 I bought a hardcover copy of Painted Devils (1979, never issued in paperback) years ago because, of course, Danse Macabre. And to be honest, I never really took to him: the few stories I read in that collection seemed affected, remote, intellectualized to a sanitary degree. Reading Aickman takes a little more patience than many readers are willing to give, perhaps; it's more akin to reading the classics of James, Blackwood, Machen, and that crew, even though he was writing through what I loosely call the modern era. That is to say, his type of fiction, was somewhat out of style. I mean, that Whelan cover art up there, there's nothing like that in the book, either in imagery or mood. As you can see below, the hardcover editions featuring Edward Gorey's macabre gentility reflect a bit more accurately the uncanny chills you'll find inside. 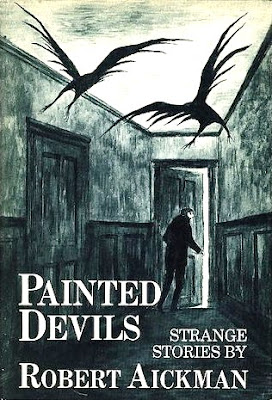 These stories generate little heat; no melodrama, no generic twist, no jump scares, no slow dawning of horrible realization. When the "horror" occurs, rarely does it overly alarm or unduly concern anyone. The polite thing seems to be to ignore it... for that whisper of other worlds, or even an intimation that our perception of this world is flawed and incomplete, not up to the task, is simply intolerable. Characters view these things askance, never head-on. 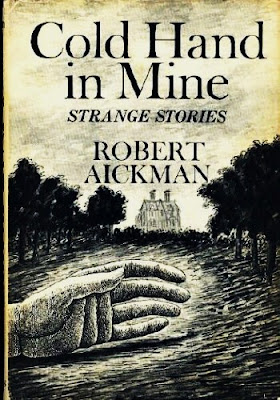 Anyway. First story I read in the collection was "The Real Road to the Church," about a young woman’s rental home, her memories of the men in her life, and a creepy country parson who hints at esoteric uses the village had for her house. I found it weak, anemic, Aickman's style doing more to obscure than illuminate, and the twist, as it were, was a common one. Not off to a great start.

Next up, "Niemandswasser" (Aickman is nothing if not a continental author) was better, thank the gods. A young German prince stays at his family’s abandoned seasonal home on Lake Constance. Accompanied by a—friend? Lover?—the prince ponders the local legend of a dangerous something in a part of the lake called No Man’s Water. He consults an old professor of his, who intones, as old professors in these types of tales are wont to do:


If any man examines his inner truth with both eyes wide open, and his inner eye wide open also, he will be overcome with terror at what he finds. That, I have always supposed, is why we hear these stories about a region of our lake. Out there, on the water, in darkness, out of sight, men encounter the image within them. 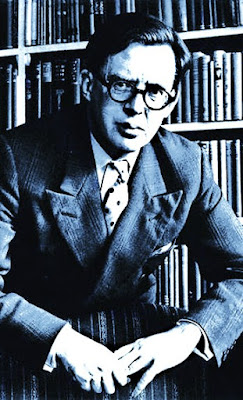 Then come "The Hospice" and "The Same Dog," both highly readable, intriguing, with clearly delineated settings and such. The former is about a traveler who gets lost and winds up dining at a sort of hotel/waypost filled with overly-attentive aides and oddly-behaviored guests. The latter is a tale of a mundane childhood struck by tragedy. Neither story concludes with what you'd call a resolution, but their utter unwillingness to is what echoes in the reader's mind. "Pages from a Young Girl's Diary" is excellent, meticulously wrought; I'll give you a hint as to its contents: "It was really strange to have Mamma's blood in my mouth. The strangest part was that it tasted delightful; almost like an exceptionally delicious sweetmeat!" I believe this was my intro to Aickman, back in the late '80s/early '90s when I first read this anthology.

"Meeting Mr. Millar" was another high point of Cold Hand for me. A would-be literary pornographer relates his story of "a haunted man rather than of a haunted house." Mr. Millar moves his business into the house the narrator rents a room in. Now telephones are ringing constantly, people banging about all hours, but just who is Mr. Millar? He invites the narrator into his office for a drink of sherry but shows little of himself: "Though everything was in a sense wide open, nothing was revealed from first to last." At one point the narrator is wakened in the middle of the night and what follows is a terrific scene of a midnight creep through darkened halls to peer down a stairwell, the most "horror" moment in this whole book, and the climax, such as it is, horrifies as well. 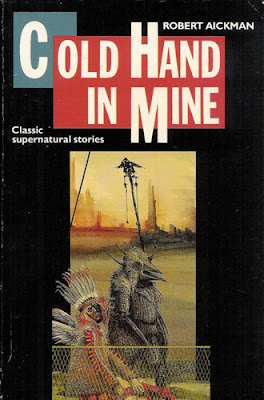 After failing to engage with the final story, "The Clock Watcher," at any level, I went back to the beginning: "The Swords" is a major work (rightly collected in the 1987 anthology The Dark Descent, David G. Hartwell's towering anthology that traces the horror story's evolution through the 20th century), more immediately interesting and accessible perhaps to the general reader than some of Aickman's other more opaque tales. With its careful layering of social and sexual unease, set in a dreary English town that features a half-hearted amusement park, and the utterly perplexing ritual of the titular objects, "The Swords" is a haunting weird classic.


There was nothing in particular to be seen... The bed looked as if some huge monster had risen through it, but nowhere in the room was there blood. It was all just like the swords.
As I thought about it, and about what I had done, I suddenly vomited. 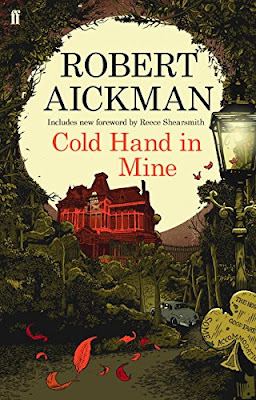 There were moments throughout Cold Hand in which I was reminded of Ramsey Campbell, of Dennis Etchison, but in general Aickman is a writer unto himself. This is not always a good thing. At its best, Aickman's craftsmanship is lovely, with care taken to ensure each word and phrase and parenthetical aside heightens the reader's understanding, illuminating even common thoughts and feelings with a fresh light. However other times I was left adrift, either disinterested in the details (foreign royalty, World War I, fancy boarding schools for sickly rich kids, clocks) or unsure of just what Aickman was trying to impart upon the reader. More than once I had to stop and reread passages several times to ascertain what exactly was happening. Stories would end and some small comprehension would be whisked away from me. Am I a poor reader, or is Aickman fucking with me? Or is this all an example of the uncanny? I still kinda don't know.

Posted by Will Errickson at 9:18 AM

Aickman is okay. I recommend "The Fetch" from The Wine-Dark Sea.

Also, Algernon Blackwood is an easier read than Aickman.

I would agree that Blackwood is easier to read, but that is not at the expense of Aickman being a lesser writer. Mr. Aickman's writing is unclassifiable and is lost on publishers of popular -- and even literary -- fiction. Aickman's label of "Strange" and Will's "Uncanny" both are certainly light years closer than "Science Fiction"! I think his greatest strength is developing ordinary events and turning them into the extraordinary. A master of his craft!

Great review, Will, and I (mostly) agree with your favorites. "Meeting Mr. Millar," "The Hospice," and "The Swords" were definitely the standouts for me, as they all gave me that eerie "frisson" I'm always looking for. "Pages From a Young Girl's Journal" (which I also first read in that excellent antho) never really connected with me for some reason, though it did win a World Fantasy Award in '75, so obviously many share(ed) your opinion. Maybe it's time for a re-read.

Excellent review. I love Aickman. His stuff is very dreamlike, like Thomas Ligotti or Ramsey Campbell. Campbell's one that I didn't appreciate when I was younger (I was a teenage gore-hound), but now I think he's brilliant and can't get enough of his stuff. Same with Aickman and Ligotti. They seem to be writing to your subconscious as much as to your forebrain, and you find moments of familiarity, like you've *dreamed* about what they're writing about before...

Big fan of Aickman. "The Swords" was my gateway, and still unsettles. "The Hospice," "The Stains," and the (often anthologized) classic "Ringing the Changes." Valancourt Books recently reprinted his one novel, "The Late Breakfasters" along with some uncollected stories.

He also had a posthumous novella called "The Model" that was pretty good, although I've completely forgotten the plot.

I think you might have an overly-narrow idea of what makes for horror, if you want to exclude Aickman thus, even partially.

And, of course, the publishers were calling all sorts of fantasy and horror "sf" in the late '70s because they thought it would have a guaranteed sales floor thus. No, but lots of thinking is lazy. Doubleday published the SHADOWS and WHISPERS anthologies initially as part of the Dday "Science Fiction" line. No.

Thanks for your review... I ordered an old hardback of Cold Hand,and so far I'm really enjoying it; I love the cool, detached voice, and it doesn't carry that somewhat stuffy (or pompous?) quality of Blackwood or MR James. The first person voice is 'The Swords' is really unusual.. I'm sure I'll track down some more of his stuff.

The very fact that Aickman leaves so much obscured, unexplained, and unresolved is what makes his stories stick with me.