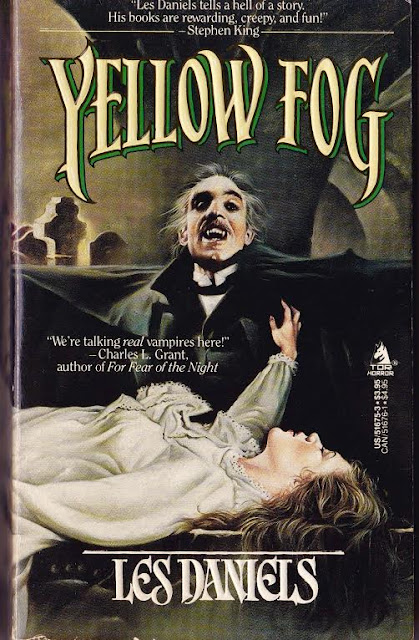 Now here's a Stephen King paperback blurb you can believe! Author Les Daniels (1943-2011) had been writing his series of historical vampire novels for about a decade, all featuring the "protagonist"  Don Sebastian Villanueva, an immortal Spanish nobleman. Yellow Fog (Tor Books, August 1988/cover by Maren) was originally published in 1986 by specialty genre publisher Donald M. Grant (see cover below) and is the second-to-last in the series. The only other novel of his I've read is the last one, No Blood Spilled (1991), which I quite enjoyed. In fact I wished Daniels had written more of these! Daniels has lively way with common classic monster tropes, delivered in the fond, knowing manner of someone well-acquainted with them. Yellow Fog is highly reminiscent of Charles Grant's Universal Monsters series (also published by Donald M. Grant) but surpasses that because Daniels is a much, much livelier writer, engaging the reader with effortlessly-drawn characters and setting.

To begin: after an intense train crash prologue in 1835 that leaves one survivor, we move forward to 1847 and meet twenty-ish Londoner Reginald Callender, a callow, immature, shallow, and greedy fellow. Rather than being a unlikable protagonist, Reggie (how he hates that diminutive!) provides much delight for the reader as he is repeatedly confounded in his efforts to secure vast wealth at his own minimum cost. His rich uncle William Callender, he of upper-crust London country clubs, of wealth and taste and hidden vice, has shuffled off this mortal coil, which doesn't upset Reginald overmuch as he stands to inherit the old man's hard-earned money. And yet that is not to be. Even though betrothed to the lovely Felicia Marsh, a young woman with her own inheritance—and the survivor of that earlier train crash— Reginald is beside himself with frustrated greed when he learns Uncle W. left behind nothing save enough to cover his (extensive) funerary, legal, and my-mistresses-shall-be-cared-for-after-I'm-gone costs. 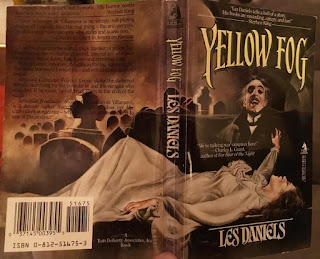 Felicia, as well as her middle-aged Aunt Penelope, are intrigued by all manner of the occult, superstition, and questions of life after death. "Death is only a passage," Felicia tells a nonplussed Callender after his uncle dies, "A journey to another land." She speaks of a man named Newcastle, who can communicate with spirits, and invites Callender along with her and Auntie to one of his seances. Grumbling at the indignity of a betrothed who believes such nonsense, Callender goes along. He's taken aback by this Sebastian Newcastle: clad in black, drooping black mustache on a scarred white face, inviting them into his darkened home lit only by candlelight. The creepy seance that follows, in which Uncle W., in all his irascibility, appears, does nothing to convince Callender that Newcastle isn't a fraud after Felicia's inheritance. Neither does Callender realize that Newcastle is, the astute reader will have noticed, a real live vampire.

Callender, suspicious as only a crook can be, hires a former "runner," a kind of private detective, named Samuel Sayer, to look into the elusive Newcastle. Callender learns of Sayer through Sally Wood, a nightclub singer and dancer, a woman of "cheerful disarray" who would not do as a wife but does great as a mistress (but of course) and who is fond of a new work of fiction titled Varney the Vampyre ("Sounds deucedly unpleasant to me," he sniffs). A wonderful scene ensues of Callender tracking Sayer down at The Black Dog, a dingy bar of ill repute, and later Sayer explains who, and what, he is, and what he does and how. It's a great bit of political theater, a hard-bitten old gent explaining things to a clueless snob.


"A pup like you has no idea what London was like before there was such a thing as a Bow Street runner. Nobody to enforce the law at all... [the runners were] men who were as sly and strong and ruthless as the thieves and murderers they were hired to catch. And I was one of 'em!" 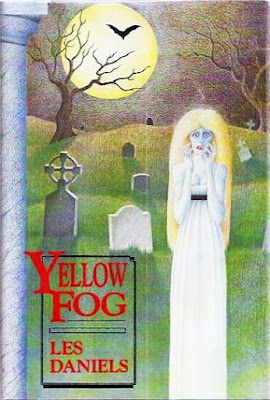 A visit to Madame Tussaud's House of Horrors thrills and chills Aunt Penelope and Felicia as they are accompanied there by Mr. Newcastle, Callender muttering behind the latter two as they view torture instruments and waxen murderers. Then out steps aged Mme. Tussaud herself, who takes one look at Newcastle and states, "Have we not met, sir?... There were stories in Paris, when the revolution raged, about a magician, one who had found a way to keep himself alive forever." Newcastle, polite and deferential as all get-out, engages her in an ironic conversation that Callender can barely stand. The nerve of this guy! Sayer really better be worth it, he's thinking. Of course you can probably guess what happens to Sayer, and to Felicia as she's drawn under Newcastle's spell. Or is she? Perhaps she goes willingly, to see the other side...

Of course you may be able to guess what happens a lot of the time. That's rather the enjoyment factor in Daniels's work. He doesn't belabor readers with details they can fill in themselves: the stinking fog-enshrouded cobblestone streets of early 19th century London; a dank, frigid dock on the Thames; a derelict bar; the Gothic horror/romance of a church graveyard haunted by the shades of the dead; the candlelit drawing room during a seance. Sketched briefly, these settings are perfect for the characters that inhabit them. Sharp dialogue and keenly-observed human folly Daniels does quite well, and his knack for plot, short chapters that clearly advance the narrative, are quite welcome; moments of dramatic confrontation are scattered throughout the book, satisfying hooks of grue that propel readers forward. Daniels could have in my opinion been quite a scriptwriter. 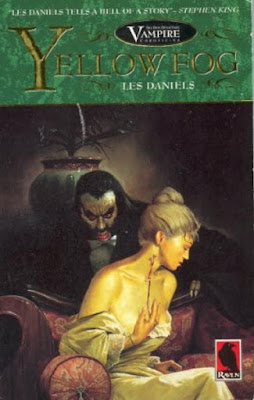 Weaving interesting historical trivia into an larger story to add color and background isn't always easy; it can read too much like an encyclopedia entry. Daniels knows, and does, better. In Yellow Fog, readers will learn a bit about the origins of England's professional police force, the class distinctions relevant to it, and find it all fits with the larger tale of vampirism, greed, and desire (Daniels shrewdly compares Callender's incipient alcoholism to the vampire's bloodthirst). I read the novel over two cold, rainy days, listening to John Williams's score for the 1979 Dracula, and I consider it time well-spent.

Early on the notion struck me that, considering the familiar scenario, that Yellow Fog was a cozy-horror. Unlike the cozy-mystery, there is violence, and sex, fairly explicit, but in such a way that is easily digestible; Daniels is not upending decades of horror convention, he is simply utilizing them in a satisfying, understanding manner. You know what you're getting, you get it, maybe a little bit extra, but it's all been seen before... which is precisely the point. Sayer's meeting with Newcastle, Callender meeting Sally at novel's end: both provide the serious horror creeps. The finale sets up No Blood Spilled, I guess at some point I'm gonna go back and read the previous installments, see what I missed. 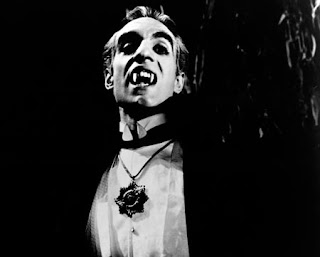 This is horror comfort food, if you will. When you want mom's mashed potatoes, or grandma's mac n' cheese, nothing else will do; when you want a Universal or Hammer-style vampire story, that's what you want and no revisionist take will do. Okay, there's some Anne Rice-style eroticism tinged with immortal regret, but you had that first in Universal Dracula's Daughter way back in '36. Daniels knows what's up.

Then they were on the carpet, her carefully coiffed pale hair spilled upon its darkness, her gown in disarray, her body throbbing with delight and dread. She felt an ecstasy of fear, stunned more by the desires of her flesh than by the small, sweet sting she felt as he sank into her and life flowed between them... She took life and love and death and made them one...
She was at peace, but Sebastian knew that she would rise full of dark desire when the next sun set.
His tears, when they came, were tinged with her bright blood.

Posted by Will Errickson at 9:14 AM

This sounds fantastic! Definitely adding it to my reading list. Love the dust jacket too.

I have the Tor PB and read it quite a few years ago. After your review, I'll have to read it again. I remembering it being a unique series, rising a bit above the flood of vampire novels of the times.