The Sentinel by Jeffrey Konvitz (1974): Call for the Priest 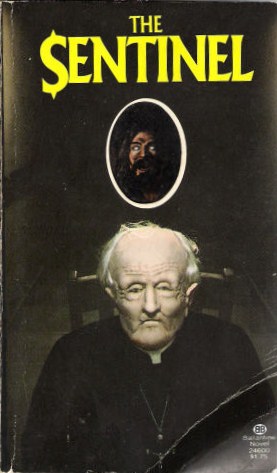 A mainstream horror bestseller in the wake of the far better novels The Exorcist, Rosemary's Baby, and The Other, 1974's The Sentinel (Ballantine paperback, January 1976) offers similar ominous occult/religious horror trappings but brings nothing new to the proceedings. I don't know what Jeffrey Konvitz did before he wrote this, his first novel, but afterwards he produced B-movies and wrote a couple more shlocky novels (one, a sequel to The Sentinel called The Guardian, was similarly unimpressive). Today it's less remembered than the also-shlocky yet star-studded 1977 movie adaptation.

Allison Parker is a fashion model returning to New York City after her father's funeral in Indiana, a place she'd fled years before due to some icky stuff going on at home. Now she's struggling with some guilt issues due to the fact that her boyfriend, big-shot lawyer Michael Farmer, was the husband of her friend Karen, who killed herself because he was having an affair... with Allison, unbeknownst to her. This soap-opera set-up is slowly parceled out to the reader, and later the "icky stuff" with her father is revealed. The Sentinel begins with Allison moving into an apartment building on the Upper West Side to get her life back in order, but the other residents she meets prevent that. 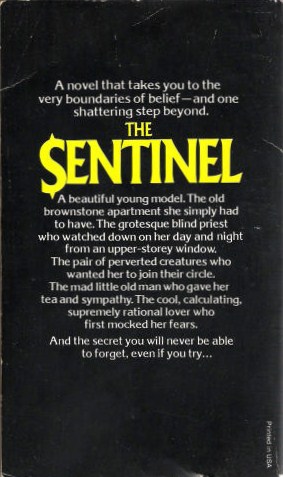 Back cover copy gives you the inside skinny.

Also featuring is a grizzled city cop chomping on a cigar who's convinced that Michael actually killed Karen for her family's money and is setting Allison up the same way. Boring and predictable, neither scary nor suspenseful (unless under-pacing and ending sections with characters' faces bearing looks of terror count as suspense), The Sentinel stands not with the aforementioned classics of early '70s horror fiction but with dullards like The Searing. This is pretty much hackwork that utilizes TV cop-show tropes and the Latinate mysteries of the Catholic church liberally dosed with Dante's Inferno. Konvitz's prose is literate but not illuminating, and I can see why it was a bestseller. The climax mixes violence with otherworldly demonic forces in the guise of people from Allison's past. Not terrible, mind, but nothing really special either. 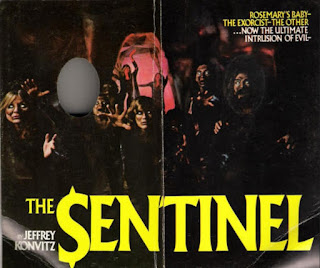 Kinda cool stepback art, nothing so dramatic inside
Requisite note of better novels

I read The Sentinel with indifference mixed with impatience over several weeks, meandering through it without really caring. This is not horror fiction as we fans know it and love it. It is solely marketing fodder branded by its betters, a hash cobbled together from commercials, soap operas, and several other pieces of extremely popular culture; it's a work of mainstream dullness that will bore and frustrate long-time readers of the horror genre thanks to its crass origins. The Sentinel's unique image is for me not even the blind priest that so unimaginatively adorns the cover. For me it's that tasteless yet effectively creepy moment of two women fondling themselves and then one another in front of Allison, a bit of unexpected shock-value that works as it transgresses social norms. It's the only moment of unsettling frisson (no pun intended) in the entire work (and yes, it's in the movie). Utterly missable and inessential despite the implied menace of the title (which really isn't that menacing when you think about it), The Sentinel will make a nonbeliever out of you. 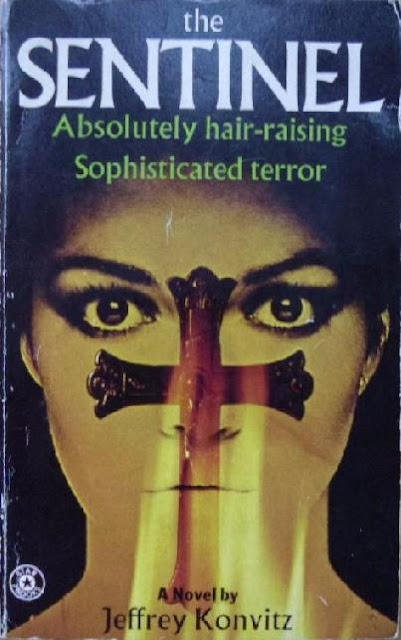 No, really, don't hold back. I mean, okay, the writing style leaves much to be desired...but I thought it was very original for the time. Maybe ruined by the darn movie poster...but if read originally (as I did) it is great fun. But maybe not so much from a modern viewpoint. And I respect yours. As well as having not yet read the sequel.

I agree that the book is dull, and to modern audiences, the film will seem tepid.

But I do indeed remember that Christina Raines, the actress in the film, was a Super 70s Chick by any measure !

She even competed in 'Battle of the Network Stars' in the early 80s !

I'm 100% with you, Will. I could barely force myself to finish the book. Oh well. At least the movie is pure cheesy goodness (somewhat).

I actually liked this one but I haven't read it in years - I read it as a teenager in the 90's.

I read this back around 1980 or so with its sequel THE GUARDIAN.
They were both good shlocky fun for my then-teenaged self who being a good Catholic boy at the time was suitably chilled by the dark religious stuff & (im)properly titillated by the sex.
What I can't recall is whether I'd seen the film before I read the novel or not. Which, I suppose, really doesn't matter since they're pretty much identical with the difference being the film director's choice to employ the use of actual deformed & horribly disfigured people to depict the minions of hell. A controversial & somewhat stomach turning choice that adds an element of wrongness to the picture that permeates throughout.

I love the movie version. It's one of my favorites... whether it should be or not. I know it's trashy, but there's something about it that works for me.

The book, though... I've tried reading this thing probably four or five times and I never seem to get more than forty pages or so in before I toss it aside and start something else. Something about the writing just doesn't grab me.

To top everything off, there's a serious sense of homophobia in both this book and the sequel... They are crap and the writer is pretty much a hack. He also wrote a dreadfully dull Loch-Ness-Monster book.
But I am always at least as fascinated with these mediocre to awful pieces of genre fiction and their authors as with the great and good, so I was happy to discover that the version of the film "The Sentinel" which I just acquired has a commentary track with Konvitz as well as one with the director and one with Christina Raines.

For 1974 or so, I thought the plot of THE SENTINEL was quite good, and its followup, THE GUARDIAN, even better, setting up the long-awaited final volume of the trilogy (according to Konvitz, he is either finishing up the third installment, or has already completed it)! Can't wait!

I wish I'd read your review before starting the novel. Time has most definitely not been kind to it, I didn't identify with any of the characters and by the mid-point, I was skim-reading chunks of it.