Ammie, Come Home by Barbara Michaels (1968): That Ghastly Thing in the Parlor 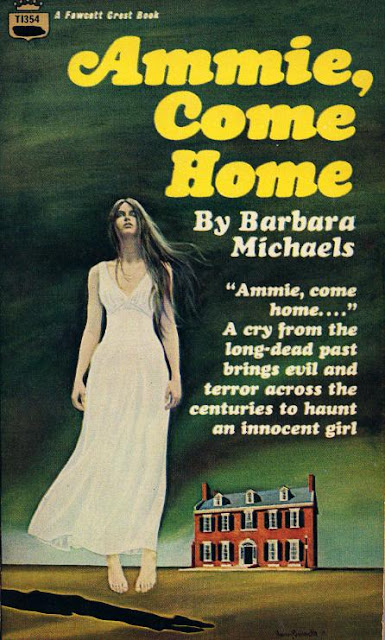 It may not surprise you when I say I only read Ammie, Come Home because I really dug the cover art for this 1969 Fawcett Crest paperback. The eerie landscape and the floating girl, her barefoot vulnerability and that blackening sky beyond, really struck me in a positive way, even though 1960s Gothic novels are not my thing. Venerable paperback artist Harry Bennett hooked me into reading a novel I never would have otherwise! Well-done sir. Author Barbara Michaels is one of the pseudonyms of Barbara Mertz (1927 - 2013), a prolific writer and Egyptologist; her most famous nom de plume was Elizabeth Peters, under which she wrote dozens of mysteries I remember from my old used bookstore days. Anyway, Ammie is a pleasant enough read, nothing earth-shattering, perhaps even too mild for some contemporary readers. Here and there a jagged edge appears, a moment or a scene of black dread and emotional distress, a slow build-up of the supernatural; the evil deeds of the past wending their way through history only to end up at the tag-end of the groovy generation-gapped 1960s! 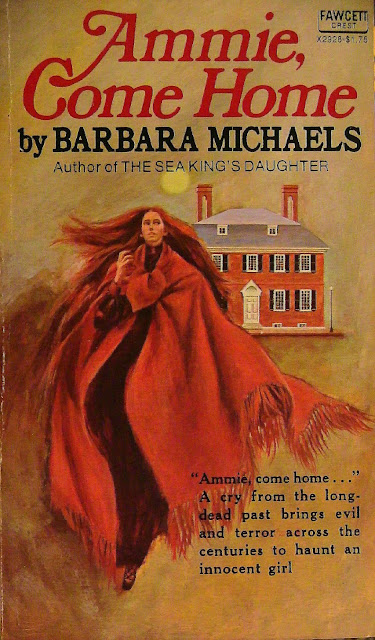 Ruth Bennett, widowed, mid-40s, lives in a stately Georgetown, Washington DC home built in the 1800s, inherited from an elderly aunt. Her college-aged niece Sara is boarding with her while attending a nearby school; the novel begins with Sara introducing her aunt Ruth to Professor Pat MacDougal. Big, blunt, brilliant, Ruth isn't sure she likes him. Right off the bat I'm a little iffy on this set-up because it's the stuff of romance novels, in which the two foreordained lovers hate each other on sight... until they don't. It's a generic convention I personally can't abide. Fortunately Michaels doesn't dwell on it overmuch. Prof has a tendency to bloviate and condescend, no surprise, but will prove a formidable foe in the soon-to-come battle against otherworldly forces. Also along is young Bruce, one of Sara's friends, a not-really-boyfriend who today would probably bitch and moan about his being friend-zoned. He's kind of a hipster doofus too, but like the Prof, he really steps up when strange things are afoot.

A black smoky shadow appears in a dream of Ruth's one night, but, as one other unlucky lady once put it, "This is no dream, this is really happening!" She hears someone calling "Come home, Sammie" and thinks maybe a neighbor is looking for their cat. This event is set aside as MacDougal invites Ruth to his mother's home for a society soirée, the main event of which is, can you dig it, a séance. Ruth thinks it's a scam, this medium Madame Nada conjuring up long-dead folks from the Revolutionary War (still kind of a big deal in tony Washingtonian circles). What's funny in a modern problems way is that Ruth invites both Mac's mom and the medium to a dinner party in her own home! Motivated more by social duty than true warm-heartedness, this dinner party turns into one bizarre affair. No good deed, etc. 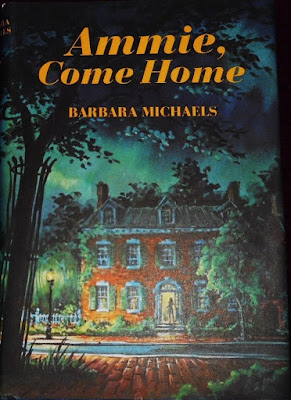 After a discussion on the paranormal between Bruce (he accepts it), Mac (he doesn't), and Ruth (she's unsure), Mac parses Ruth well: "You are fastidious," he tells her. "You dislike the whole idea, not because it's irrational but because it's distasteful." Oh snap! The author will well note the strain  supernatural occurrences put on daily living; it's difficult to keep up appearances when one's niece is suddenly a conduit to a crime committed in one's own house two hundred years earlier. Bruce endeavors in good faith to plumb the mystery, researching Ruth's home in town archives while Mac argues from the viewpoint of scientific rationality. Poor Sara, when not being possessed, kind of lounges about in a miniskirt, getting disapproving looks from  her aunt and opposite ones from the Prof (ew!). Every now and again she'll pop in with a stray observation (it's not Sammie, it's Ammie!) but otherwise she's only a pawn in the possession game. Unspoiled, modern, guileless; she's around but not all there, I suppose, a vessel for the plot but not in and of herself; how could she have character if she is unsullied? 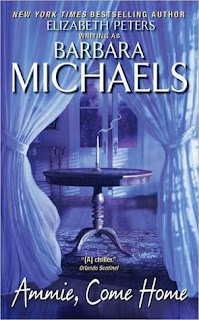 Experienced travelers in the realm of horror/supernatural/occult fictions will recognize familiar notes in the story. I find this rather comforting. I appreciated the author's efforts at detailing the banal everydayness that co-exists with the crazy: food, traffic, clothing, cleaning. The turbulent 1960s are noted here and there as Ruth is ambivalent about Bruce and his college-bred revolutionary airs and his designs on Sara. Ammie is also, as many of these pop novels are, charmingly dated: endless miniskirts, dudes with long hair, Ruth's old-lady attitudes (she's only in her 40s! She's never eaten pizza!), Bruce's hip-academic pretensions. Sometimes this aspect is less charming: gender normativity/misogyny out the wahoo in Prof's not-so-subtle lechery, and the time Bruce declares there are "women you rape and women you marry." Yee-ow. 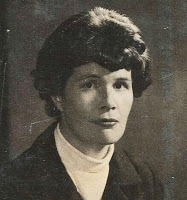 As the origins of the possession become clearer, our narrative becomes tauter: Bruce learns more about the home and its literal foundations ("the whole house is rotten with hate"). A friendly Father figure is enlisted to aid in an exorcism and this goes poorly. Then the old Prof isn't so above-it-all as he'd like to appear; is he part of what seems to be a historical reenactment from beyond? The back-story is satisfyingly unsettling; you'll agree it's a crime that deserves retribution through the ages. Ammie, Come Home ends on a note of sentiment, but it is only the beginning in a three-book series that Michaels continued into the 1990s. I found the novel to be decidedly okay and won't be reading the rest; go ahead and check it out if you think you'll dig a quaint snapshot of the supernatural '60s and a helluva generation gap.

Postscript: for two other takes on the novel, check out Dark Chateaux and The Midnight Room. And thanks for the pix guys!
Posted by Will Errickson at 10:48 AM

I read some Barbara Michaels and liked 'em okay. I started with Be Buried In The Rain, because of the title. It turned out to be pretty good... nothing earth-shaking, but entertaining enough, even if it was kind of a romance novel with some spookiness thrown in (but, Dark Shadows is the same way, and I love me some Dark Shadows). It was good enough for me to pick up some more books of hers when I found them cheap at used bookstores. I think maybe I read another one or two of 'em, but even going back and looking at a list of titles I can't remember which ones, so, guess they weren't all that memorable. But, that means they weren't terrible, either, because if I hate a book, I'll remember it as much as one I loved.

So, yeah, she's an okay read. Kinda fluff, but there's nothing wrong with fluff once in a while.

This was made into a guilty pleasure TV movie just after its publication. It was a perfect fit for ABC programming, and I have a weak spot for it despite some its timid moments (though there is a great fight scene between Barbara Stanwyck and her possessed neice that has a kind of fierce style reminiscent of 28 Days Later!). Also always been curious on the step-back cover art for Michael's Shattered Silk. Check it out sometime. It's really morbid for something meant to attract the old lady crowd.