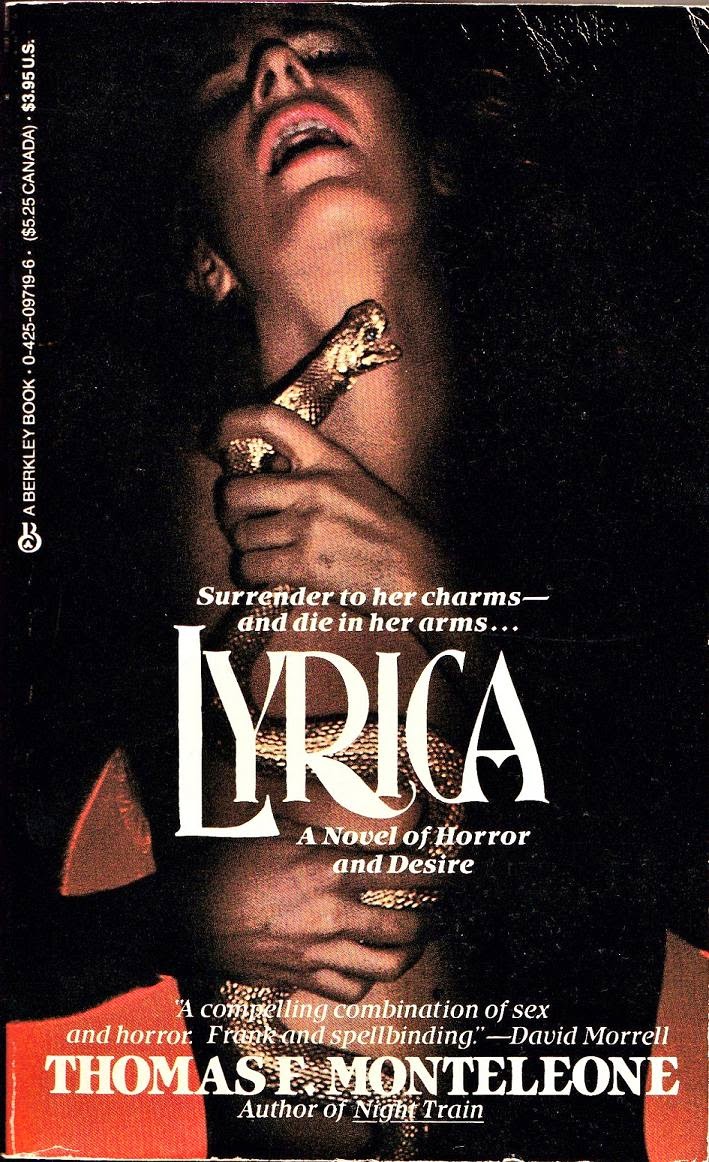 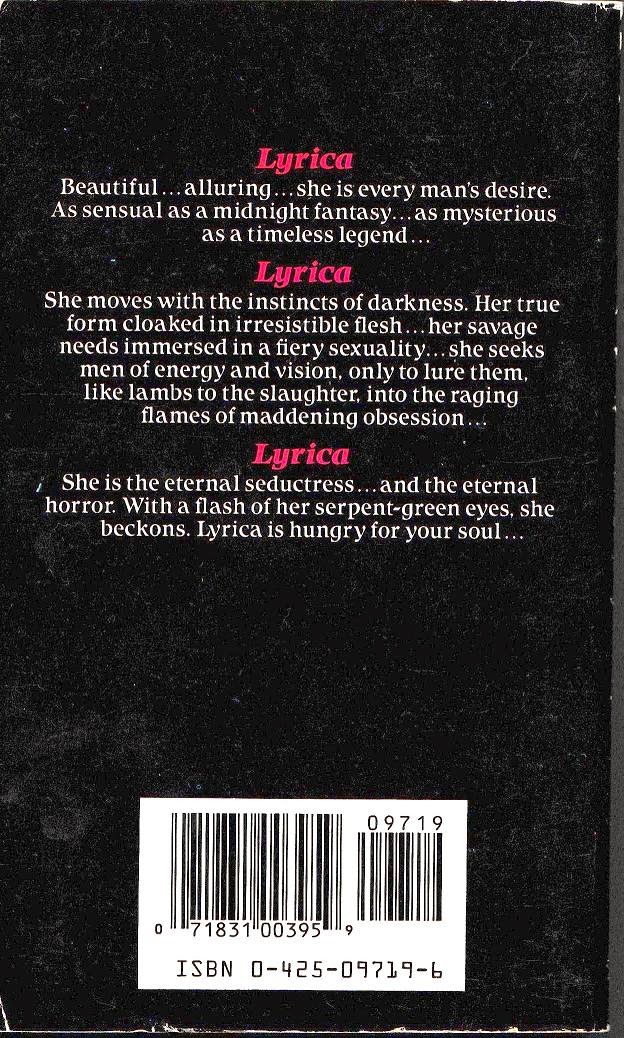 In her human form Lyrica Rousseau snakes her way through the ages, hooking up with brilliant, accomplished men like Mozart, Keats, and James Crichton, fucking them superbly, then leaving them as they, of course, die, withered and emptied of their particularly potent life force... which Lyrica needs to live her eternal life. She's repeatedly described as gorgeous, obviously, with a rampant sexual vibe no man can resist (one character can, and when you find out why, yikes), but we don't feel it, we just get characters talking about it, or Monteleone telling us how hot she is--at one point, she shrugs "sexily." What?!

The modern setting is New York City and show biz, as Lyrica comes to the New World and almost instantly gets an agent (he doesn't chomp a cigar but he might as well) and is on her way to becoming a huge star. Thinly-veiled real life men pop up--is that Stephen Sondheim? Frank Sinatra? Yep!--and she bones all of them. That's right, she kills a guy as famous as Frank Sinatra! Don't monsters know they gotta stay under the radar? On her trail is a guy who's written lots of books on pseudoscience, and of course he's found out the lamia, or succubus, is real! So with the help of the one guy who can resist Lyrica's charms they go after her with a silver sword made in midtown. 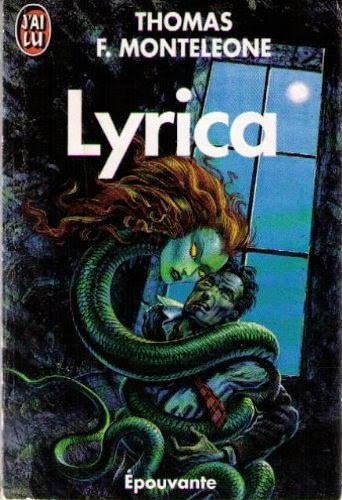 Well, there ya go.

I wasn't much impressed with Lyrica herself. For a woman of endless desire and vast powers, one who's part demonic snake and another a temptress from hell, who masters men and controls her own destiny with a fierce and iron will, Lyrica sure smiles and giggles a lot. Ugh. She comes off as more like a young girl playing adult-sexy, say Pretty Woman Julia Roberts rather than, um, I'm gonna go with Body Heat Kathleen Turner.

Monteleone, probably known more for his brilliant editorship of the Borderlands anthology series of the 1990s, has written what could have been a steamy, sultry, sensual historical horror novel about the dangerous allure of an evil woman; instead Lyrica is an unremarkable, by-the-numbers paperback horror novel. It's not a bad story at all and the historical details feel right, but Monteleone just tells everything--there's no showing. While it has a few scenes of graphic sex, it's neither erotic nor sleazy; mostly I found it all dull and suspense-free. No twists, no irony, no atmosphere. But, surprise surprise, the epilogue was a nice and I suppose believable touch--the proverbial happy ending.

Great review, for a book that took me what seemed like an entire summer vacation to read as a kid. Having read a few other of Monteleone's books, I think he definitely found his calling as an editor.