Cold Moon Over Babylon by Michael McDowell (1980): Lot of Water Under the Bridge... Lot of Other Stuff Too 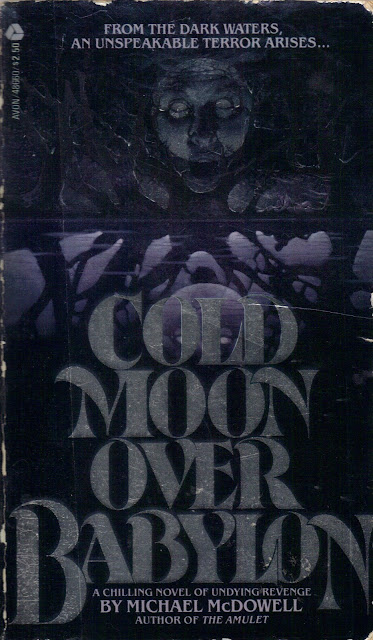 This is one paperback horror novel in which the creepy cover art actually recreates the imagery contained within the story itself. O huzzah! The second of Michael McDowell's many paperback originals published by Avon Books, Cold Moon Over Babylon (Feb 1980) takes its title very seriously: throughout the novel, the moon and its "light" reveal guilt and terror, hiding only temporarily the ghosts - and worse - of innocents slaughtered. This cold moon grows immeasurably large in the eyes and nightmare visions of Babylon's worst denizen, the result of his actions now seen all too clearly in that bleaching, blue-silver, not-quite-blinding light. There is no place to hide from the consequence of misdeed. 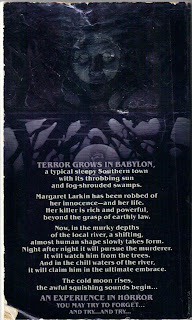 (Some spoilers ahead) Cold Moon is a novel I've been waiting to read for a few years now, and read it excitedly over the holidays. Back in my used bookstore days of the late '80s I remember countless copies of it crossing my hands, yet the eye-catching silver-blue of the cover art never quite captivated me enough. Shame, because this is a work that, like most of McDowell's (all out of print) output, I can now recommend without hesitation. Would I have liked Cold Moon back then? Perhaps not; this is horror solidly in the mainstream. Characters, quickly sketched, have believable dialogue and motivation; solid structure keeps you reading. Indeed, McDowell had stated in interviews how he preferred being a writer of paperback originals, books sold monthly on drugstore racks.

His style however is not cheap, cloying or sentimental, and McDowell strikes a welcome tone of moodiness and doom in his prose. His death scenes are some of the most surprising and affecting of the era; there is a prosaic, shocking realism to them that one finds less in horror than one would think. The very first ones appear on the second page and wow, was I not expecting them. McDowell just reels out the words without bothering to create suspense. It works; you know no one is safe in the book, you know any old horrible thing could happen at any time. 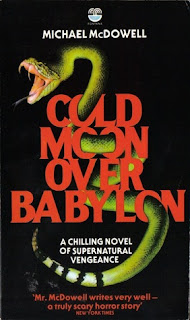 Babylon is a tiny town in Florida's panhandle, just scant miles from the Alabama border. Nearby is the River Styx, a slow-moving, rattler-infested river in a sparsely populated part of the town. The crumbling old bridge that spans it is maintained by Jerry Larkin, 20-something son of deceased Jim and JoAnn Larkin. The remaining family -  Jerry's sister, 14-year-old Margaret, and their elderly grandmother Evelyn, Jim's mother - try to maintain the blueberry farm that is their only source of income, but that's a losing proposition. Then Margaret goes missing walking home from school one afternoon. Her grandmother  is terrified of the worst, suspecting immediately foul play, while Jerry takes a more practical approach by explaining Margaret is visiting a friend, and is hesitant at first to call Sheriff Ted Hale. But a storm, a bad one, is coming, and Evelyn can't bear the idea of her beloved caught in the deluge, but as the rains come the news will be dire: the next morning, Margaret is still missing. 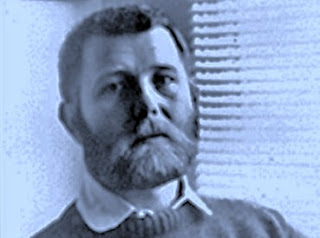 But the reader knows just what's happened to Margaret. Without hope or mercy she is dispatched just within sight of her home, her grandmother's window, tossed carelessly from that bridge her brother tends into the shallow muddy waters of the Styx. This is not a mystery novel, and the reader soon learns the murderer's identity as well. It's precisely who Evelyn suspects: a man named Nathan Redfield, the estranged son of Babylon's widowed, wealthy bank owner, a man with a lust for money and high school girls. But there's no evidence, just Evelyn's fear of Nathan because the Larkins owe the bank money, and could lose their farm. Sheriff Hale, however, suspects poor Warren Perry, the school's vice principal; he was the last to have seen Margaret alive. Then Margaret's body is pulled from the Styx by a fisherman's errant hook - a sad and pathetic moment of human tragedy - and Nathan easily supplies Hale with bloody evidence for Perry's guilt when more dead bodies turn up.

Ashen and faintly luminous, the head and the neck rose from the Styx waters, still turning softly in that same unvarying rhythm...

Nathan's nightmarish visions, hallucinatory and unreal, provide the book's best moments. Margaret Larkin will not rest easily, and in cinema-ready scenes featuring the watery black-haired girl ghosts of classic Japanese horror, Nathan begins to see her form beneath the streetlamps along deserted Babylon roads, at cemetery gates, in the bank he works in, in the restaurant where he makes his crooked deals. She leaks grainy Styx muck and mud from her mouth and her eyes are empty and the moonlight is everywhere, the moon is all wrong, so bright he dare not look directly at it... Damn if McDowell doesn't revel in some classic horror imagery: in corpses crawling out from graves, in the grue of corrupted flesh, and in revenants floating above the Styx and slithering through the forest. These parts are fucking brilliant.

...all without color, a liquid, a phosphorescent grayish-white...

If there's any flaw in CM, it's that ultimately it's only a simple revenge story, and that the final quarter or so of the novel is taken up only with the ghostly pursuit of Nathan and his attempts to elude it. A more expansive and elaborately-plotted story could have included more detective work by Sheriff Hale, or efforts by wrongly-accused Warren Perry to find the killer himself. Something other than the one-dimensional route to the (gruesome, yes) climax, which reveals nothing new about past events. This is not a major failing, but the thinness made it seem like a missed opportunity for McDowell to turn CM into an even more potent, satisfying work of horror. 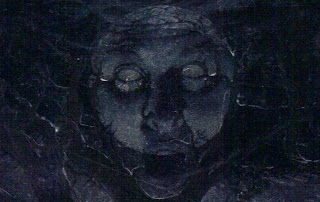 The eyes opened, but behind the gray lids was a flat infinite blackness, blacker far than the muddy Styx in that shadow of the rotting bridge...

Still, why quibble? Cold Moon Over Babylon is a must-read, (and, I'd forgotten, recommended in King's Danse Macabre), filled with bone-cracking moments of haunting dread, despair, and death. Michael McDowell is gone, but let us not forget what horrors he so humbly brought us. 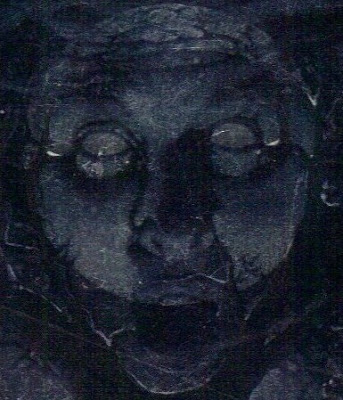 Those terrible eyes were without surface; the lids opened directly onto noisome void and nonentity, and the black holes were fixed on the darkened window...

YES!!! I love this series! McDowell has written a few more really good gothic thrillers you might like. I especially love The Elementals & Gilded Needles.

Yes, I've read and reviewed both THE ELEMENTALS and THE AMULET here, as well as the first four volumes of BLACKWATER. Only GILDED NEEDLES and KATE left, alas...

Great review, and an amazing book. I'm in need of re-reading everything McDowell ever put out. I wish that guy'd lived to write more. I also need to check out _Candles Burning_, the unfinished one Tabitha King finished after he died. It's the only one I haven't read yet. If it was up to me, Library of America would be reprinting everything McDowell did...

Thanks Zwolf. McDowell is one of my favorite discoveries in horror fiction since I began this blog. Haven't heard anything good about CANDLES, though. I'd love to see his stuff come back in print...

Love this blog. I need to hunt up McDowell's horror novels. I remember seeing almost all of them in bookstores and drugstores when they first came out.

The mystery novels he wrote with Dennis Schuetz under the pen name of Nathan Aldyne were some of my favorites when I was in high school. I still own several of them. What might be a curious study is that while I have heard several people comment on the cruelty of his horror novels, these mystery's have a very gentle touch to them.

Glad to hear you like the blog, Kevin. Thanks for reading! One of these days I'm gonna track down all of McDowell's fiction...

The guy was brilliant. We lost a very talented writer when AIDS took him.

And a movie based on the book will be released at the end of the year! http://variety.com/2015/film/news/josh-stewart-christopher-lloyd-starring-in-cold-moon-1201429460/

Great book, one of my favourite reads of 2015 - along with 'The Amulet'. He really was a fantastic writer.
Still have 'Blackwater' to read, which also seems to be rated very highly by McDowell fans.