Pin by Andrew Neiderman (1981): The Kids Just Want Something to Do 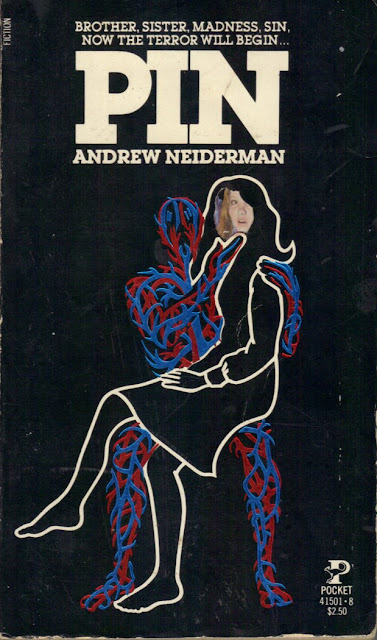 Remember when the "second cover," or "stepback," was common in paperback horror? You had the actual cover usually with a cut-out of a face and something peeking out, and then when you opened it up there was—boo!— a full picture that gave you a taste of what was to come (gasp! horror! Slim Goodbody!).
This approach never seemed to work on me; I mostly just found it cheesy and dated in a bad way. I remember lots of copies of Pin (Pocket Books, April 1981) around at my old used bookstore, and the dual covers plus its lack of blurbs from either other horror writers or critics was a real turn-off. 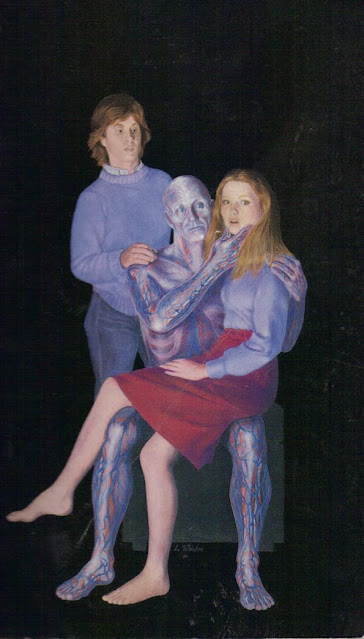 Thanks to amazing artist Lisa Falkenstern for this iconic image!
You know what else is a real turn-off? Incest. Man, I don't even like typing the word. I certainly didn't like typing it into Google with the phrase "in popular fiction" to see what other books also dabbled in this ultimate taboo. Didn't The Hotel New Hampshire have a brother and sister who--? And of course there was The Flowers in the Attic series so popular in the '80s too, and in fact Pin author Andrew Neiderman actually took over writing all the continuing V.C. Andrews series after that author's death in 1986. Wikipedia listed both those titles, along with lots of other books I'm never going to read. I mean, look at that tag line: "Brother, sister, madness, sin..." And that's supposed to actually get people to want to read the book? Ick.

In these reviews I often give detailed story lines but with Pin I'm afraid I'd give too much away, while the back cover copy below offers up a menacing summation. The characters are few: the mysterious Pin, of course, about whom I won't go into detail; then there's Leon and Ursula, teenage brother and sister, and their parents, or "the doctor" and "mother" as they refer to them. The doctor relates to his children almost as fellow medical professionals, or as med school students, especially when it comes to sex; mother is withholding neat freak cipher. Leon and Ursula's bond is by necessity a close one, even as they get older and begin showing interests in the opposite sex. 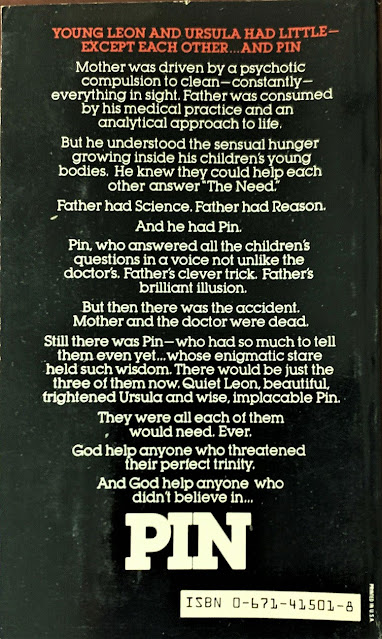 And when the parents are killed in a car accident, Leon has a great urge to see the accident, to see how badly they had been mangled, to see the expressions on their faces. I imagined my father would been terribly annoyed, and my mother would have been absolutely terrified that her clothing would get dirty. Now it's pretty much these two adolescents at home alone. And sometimes with "the Need" as the doctor always put it. Why, it's a completely natural impulse. 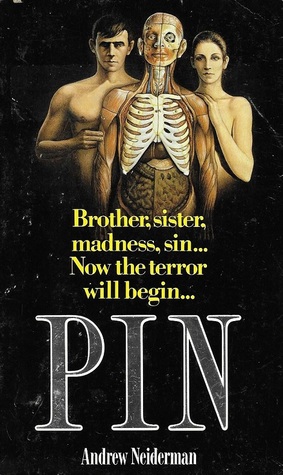 Told in first person by Leon, the tone of the novel is detached to the point of sociopathy, with that medicinal chill that would not seem out of place in a Cronenberg film; in fact I heard Pin's dialogue in that HAL 9000 voice. Murder is not murder but a treatment for infection, a rationally arrived at solution to an unwelcome situation. Neiderman's style is cool and calm and if this Pocket Books paperback didn't have such a lurid and tackily creepy cover it could almost pass as an edgy piece of mainstream fiction.

You might see where the novel is headed halfway through, as I did, but don't let that put you off; if you're looking for quick-read clinical, graphic account of disturbing family behavior and reasons to keep your kids in the dark when it comes to sex, Pin just may have what you're looking for. I just hope that's not what you're looking for! But no, seriously, Pin is a must-read for lovers of forgotten paperback horrors. 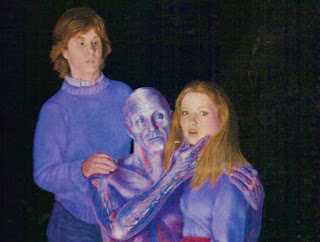 Posted by Will Errickson at 4:53 PM

I saw the movie, which was quite good, but was not aware that it was based on a book. Thanks for the tip, that's one more book I'll keep an eye out for.

Will,
I only read one piece of Neiderman's work & that was WAY back in '82 when I somehow managed to find myself all the way through his SOMEONE'S WATCHING. Which, not only bored me to tears, but put me off anything else of his for life ( well, so far anyhow & I cannot forsee any cicumstances in which I'll find myself reading any of his other novels ).
From what little I recall, his prose was dry & dull, his plotting simplistic & typical of that whole vein of the V.C. Andrews-esque sub-genre vaguely offensive somehow.