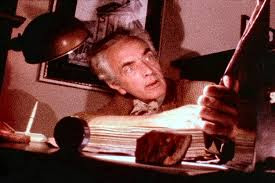 1. Comics series in mid to late '80s, one issue was a about a woman whose husband was a giant wasp-man creature. Cover featured nude woman carried through the air by a giant wasp. Found! It's 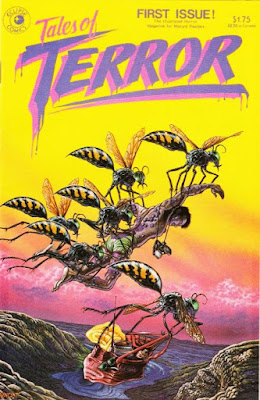 2. Three people stuck on an evil, malevolent train that tries to eat the passengers

3. Story about a man who followed people that were abusive to their pets around in I think New York and exacted revenge on them in a typical fashion (he sees a guy kicking his dog in Central Park and breaks into his house or accosts him on the street and wails on him with steel-toed boots). In the end he goes a little over the edge on someone who is using flypaper, breaks into their apartment while they're on vacation and glues the entire floor. Can't remember for sure but I think the plan backfires and he ends up either painting himself into a corner, as it were, or gluing himself to the floor and starving to death. Found! It's "How Would You Like It?" by Lawrence Block from Monsters in Our Midst. 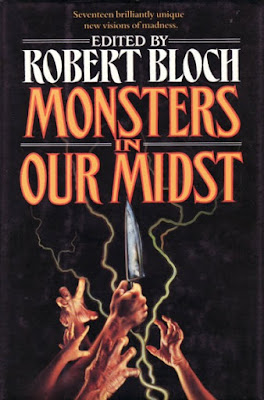 4. Novel about a couple who hired a maid or possibly an au pair, I think there's a baby but not sure, the maid immediately starts trying to psychologically control and also seduce both of them. Husband figures out something is up, one of the key points is him hunting down her references and finding out that her previous employer is horribly burned to invalidism, afraid of the maid, who faked her own reference. Turns out the maid was a witch centuries ago, I think, cursed to something-something till someone loves her. Husband burns down house trying to kill her, is arrested/thrown into an asylum. Novel ends with the maid, reincarnated into a new body, having an interview for another job... Found! It's: 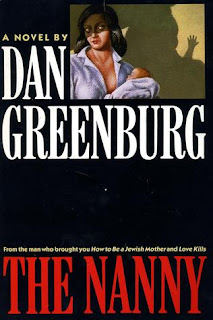 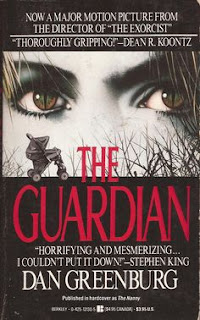 5. Story in which Harry Houdini dies (as the reader understands; he just wonders why he has suddenly woken up back in his childhood home with his beloved "Mutti" [mother]). As the story progresses, it becomes obvious to both Houdini and the reader that "Mutti" is not his mother and that he maybe trapped for all eternity in his own special hell with a thing that looks like his mother but isn't, giving (against his will) fallacious words from the afterworld to people at seances.

6. A vampire novel very much like 'Salem's Lot except set in the '60s after Kennedy was assassinated. I think a reporter comes to the town and finds it overrun with vampires. Head vampire is very handsome and sleeps in a coffin in the basement of a dilapidated old house. He has the power to enter people's dreams in order to control them. Found! It's: 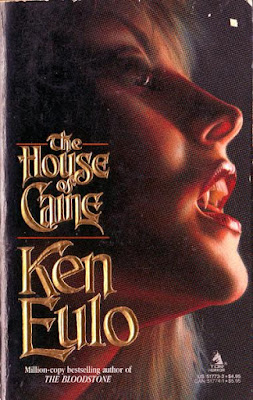 7. Maybe the book came out in 1999 or so. Mostly white cover, close up of a pale white vampire face with mouth wide open showing fangs and blood around lips. Eyes red and yellow I think. Face filled the whole cover, framing the face so that just above the eyes down to just below the mouth were visible. Maybe a Pinnacle book. Found! It's: 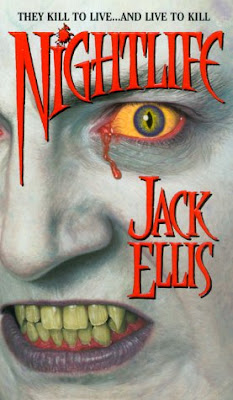 Gah, some of these sound so familiar, but are just maddeningly out of reach! All help appreciated.

#7 sounds like one of the variant covers to "Dead Until Dark", a True Blood novel. See the cover variety here: http://sookiestackhouse.wikia.com/wiki/Dead_Until_Dark

This is just a guess because I haven't read it, but could #2 be Helltracks, by William F. Nolan?

I'm wanting to say #1 was in Twisted Tales, but I can't find such a cover online, so I think I'm wrong. But, that one does sound familiar. I thought maybe Gore Shriek, but, nope.

Based on this writeup I suspect this book is far too insane to be #2, but the title gave me pause: perhaps NIGHT TRAIN by Thomas F. Monteleone?

Grady Hendrix just wrote about it 10 minutes ago over at Tor:
http://www.tor.com/2017/04/21/supernatural-urban-decay-night-train/

#2 Definitely isn't NIGHT TRAIN (which is great, btw). There's a chance it's DOWN BOUND TRAIN (1973) by Bill Garnett, reissued as HELLTRAIN in 1988. I own the former, though I haven't read it yet, but just flipping through it seems like it could be a match. I'm afraid to look too closely for fear of spoiling myself. The train has 5 passengers, however, not 3, and they're all supposedly sadistic in some way (except for one stowaway).

I think #2 is just 'The Train' by William F. Nolan. Helltracks is like 3 stories (including The Train) that Nolan attempted to cobble together into one book. I read it in the Charles L. Grant edited Fears anthology (which also has the highly recommended story Deathtracks by Dennis Etchison, which is not about trains at all.)

Nightlife is really good! It's the only book I've read by Jack Ellis / Stephen R. George.