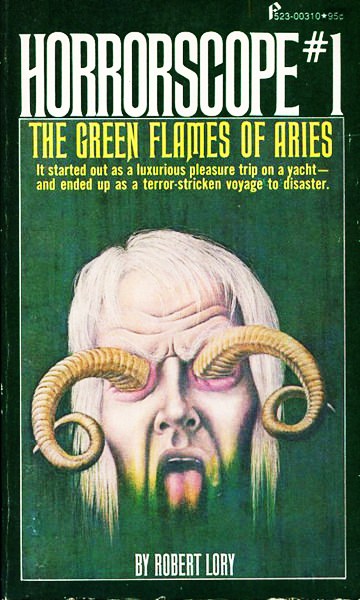 Spent my Sunday morning with coffee while Googling forgotten horror fiction and discovered this astrology-based paperback series (ah, the '70s!) titled Horrorscope (Pinnacle Books). Author Robert Lory, known for his Dracula Horror Series, mined one of that decade's many pseudoscientific obsessions. Horrorscope apparently only lasted four titles (looks like a fifth was published in Germany only); don't know what happened to the other eight signs of the zodiac! One can only imagine the rest of the series...

I couldn't find cover artist info but I think it's a safe guess to posit John Holmes, a British artist whose bizarre illustrations adorned H.P. Lovecraft Ballantine paperbacks around the same time. 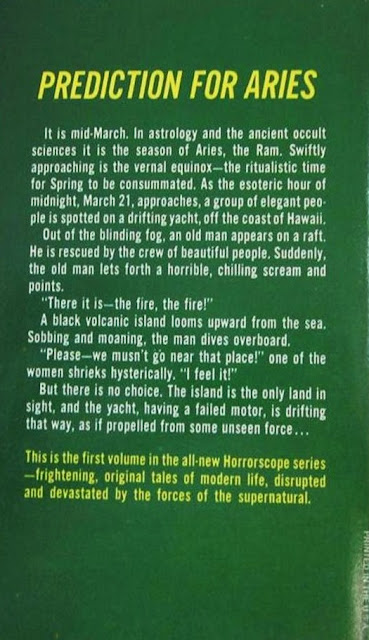 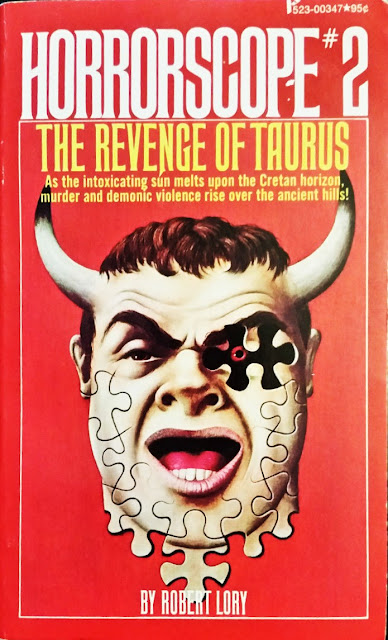 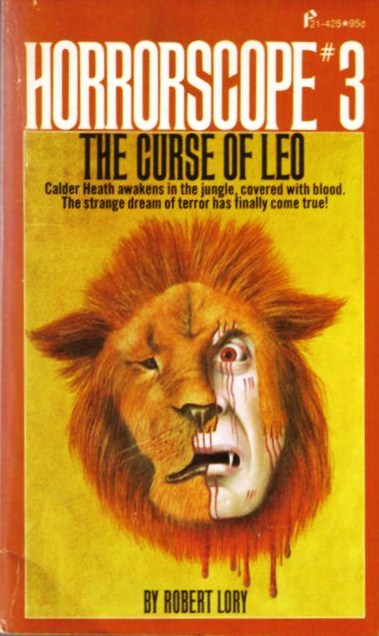 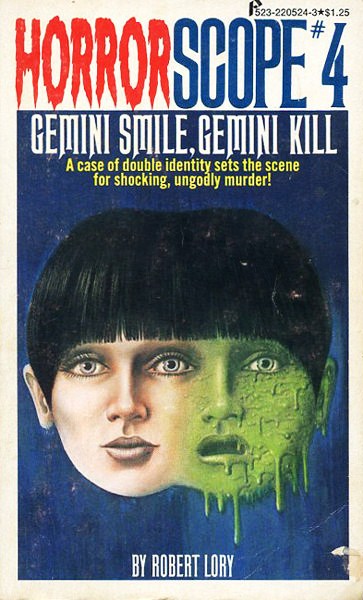 I really dig the cover art on these--only because they do seem to promise more books in the series. Although I've never heard of this, it seems like something I would read. Good post.

I've read reviews of these books years ago on someone's blog and they deemed them rather bland. Still, fantastic artwork and I love astrological horror. For the sake of those graphic covers, it's a shame the series wasn't completed.

I can't find any info anywhere on the Scorpio book in this series - did the author stop after four?

Yes these were the only ones published.