Résumé with Monsters by William Browning Spencer (1995): Not My Place in the 9 to 5 World 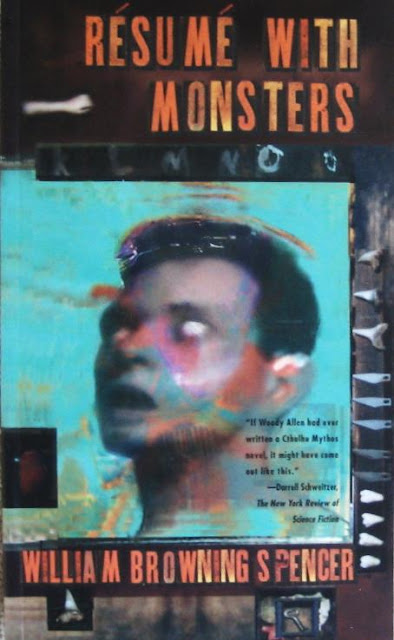 Perhaps taking its inspiration from the Dell/Abyss line of the early 1990s, RPG publisher White Wolf introduced a line of kinda-sorta horror novels under the imprint Borealis. Beginning in 1994, these well-produced (and ecologically-minded!) paperbacks often featured cover art that resembled Dave McKean's cover art for Neil Gaiman's Sandman comics. At the time I was working in a bookstore in Raleigh, NC, and plenty of their titles caught my eye but, for whatever reason, I never read any (I did buy their reprints of the Borderlands series—with actual McKean cover art). How many times did I pick up a copy of Résumé with Monsters (April 1996), intrigued by that blurb about Woody Allen writing a Cthulhu Mythos novel? Plenty. Finally took the plunge and found William Browning Spencer's novel to be fun, smart, dark, sensitive, and ridiculous in near-equal measures. An engaging read, I enjoyed it more as a quirky little '90s novel than as a serious work of horror fiction.

As a satire of the insane, life-depleting demands office drudge-work makes of its "victims," RwM predated pop-culture giants like Office Space and "The Office," and so it might not have the same bite today as it did 20 years back. The novel uses Mythos ideas and terminology in an almost-too-glib manner at first; this might be a turnoff for some readers. Stick with it: Spencer fleshes the old ideas out with some new ones, giving them a contemporary weight and implication. Not scary or horrifying, mind you, just weighty. Heavy, man. 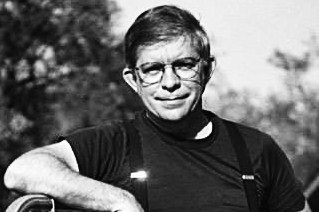 There's an autobiographical tone to the tale, which is fine with me; this story feels lived: it's set in Austin ("a laid-back town, the last refuge for hordes of aging hippies who drifted up and down the Drag, gray-bearded artifacts who knew all the lyrics to old Leonard Cohen songs"), our protagonist 45-year-old Philip Kenan, who works as a typesetter in a dreary industrial park office run by a micromanaging boss named Pederson, and pines mightily for his ex Amelia Price. Oh, yeah, also he's afraid of ancient encroaching entities Cthulhu and Yog-Sothoth.

His coworkers are drones, he has few friends, and his novel he's been writing for years, The Despicable Quest, seems to be unfinishable. Philip, as they say, can't catch a break. Looking for someone to help order his cluttered thoughts, he seeks help in the ads of a weekly paper and there finds Lily Metcalf, an aged hippy who lends a non-judgmental ear. She doesn't blanch when he blurts out that "Hideous, cone-shaped creatures from outer space are going to leap, telepathically, across six hundred million years and destroy human civilization."

Spencer provides flashbacks to Philip's past interspersed them with the present: a father who reads him Weird Tales but who hits Philip's mother when he's drunk; a neighbor who pays him to swim naked in his pool. Philip's first marriage was to Emily, a painter; together they'd lived a perfect kind of late '60s life: listening to Dylan, playing folks instruments, smoking dope, going to political protests in DC, trying to live as artists (he's gonna write a first novel that will make Norman Mailer jealous). This doesn't happen. Emily ODs and dies; Philip ends up at corporate giant Micromeg in Virginia. This is where he meets Amelia. This relationship is mostly wonderful but she hates hates hates the Lovecraftian novel he's working on and what it does to his psyche. Philip and Amelia split too; she heads to Austin and Philip follows, taking another desultory job at Ralph's One-Day Résumés. He and Amelia speak often in guarded, cautious words; she speaks mostly of her poor relationship with her sister, and oh, check it out, she got a job at Pelidyne, another faceless giant whose headquarters suggest hostile takeovers. 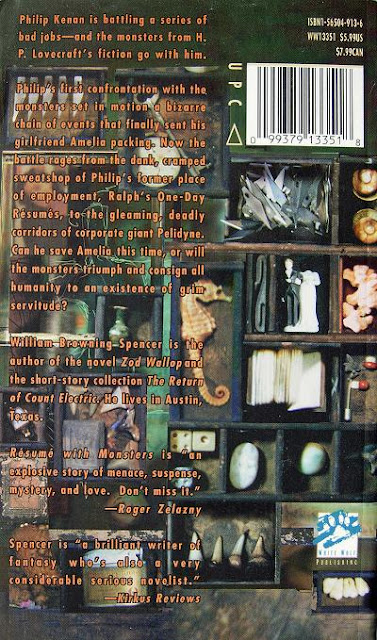 One of Philip's coworkers, Helga, is fired for getting physical in an argument with an "I Love Lucy" obsessive named Monica. Helga begins stalking Monica and one day runs her down in the parking lot with her car. Philip is also run down (of course), leg broken, hospitalized. Pederson calls: "If there's some way you could come in..." Unbelievably, Philip does go back to work before he's fully healed, sees mostly new employees (except for 60-year-old Al Bingham, a sanguine avuncular philosopher), but Monica is back too, stitched and scarred and utterly different. Nothing more about "I Love Lucy" and in fact she professes her love to Philip. Then she attacks him with a knife and Philip realizes, thanks to some nightmares, she is under an alien sway. Confrontation ensues—"an animate darkness, trembling with malevolent rage, it recognized Philip"—he blacks out, and wakes to find:

What happened to [him] was similar to the fate suffered by the narrator of Lovecraft's The Shadow Out of Time. The Great Race had, in the case of that unfortunate man (a professor at Miskatonic University), hurled him back across millions of years to reside in a monstrous, alien body.

In Philip's case, the time leap was only a matter of a few years, and he had landed in his own body.

O the ignominy! This means he's going to have to relive every crappy job he's ever had. 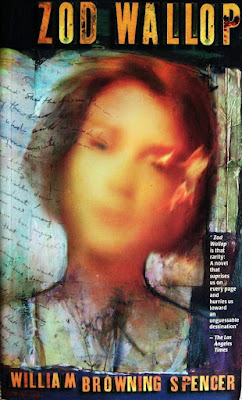 It's at this halfway point that the HPL stuff really ramps up, and we learn what really runs this corporate world, the one Philip's dad drunkenly called "the System." It's the mind-bending amorality of the Old Ones and their hunger for domination, it'll grind you down to a nothing, "Don't let the System eat your soul," or worse, make you a mindless slave working for the profit of a thankless leader. And just after he's gotten a call from one of the best independent publishers in New York interested in putting out his novel!


The second half of RwM gets a bit wonkier as Philip flips back and forth in his lifetime, a Christian terrorist shows up and must be stopped, Philip's novel is published and a comely fan arrives on his doorstep, and he continues his therapy with Lily (who's started a relationship with Al). There's some derring-do and more Mythos madness. But there is no attempt to truly imbue Lovecraftian awe in the story—which is fine; Spencer's usage of Mythos icons is unique: to satirize American corporate work culture. Wait till you get to the nameless rituals of the Xerox and fax machines! 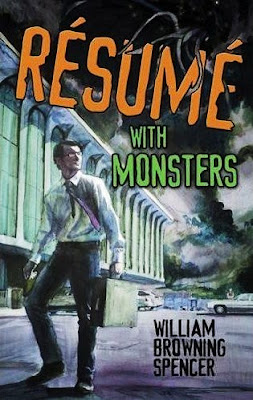 In fact, the author I felt loomed largest was not HPL but another giant of genre fiction, and one who, like HPL, has seen his posthumous reputation grow and grow to world status: Philip K. Dick (oh, and in that cover blurb change "Woody Allen" to "Albert Brooks." Seriously). I'm not a PKD expert (even less so Vonnegut but he's peeking out of the pages too I believe) but over the years I've read at least half a dozen of his major works (as well as his biography Divine Invasions back in the early '90s), and the ones RwM put me in mind of are his later, even last, novels. These works feature lonely, literate, arty men and women searching for clues and symbols to understand their loneliness, their regret, the passage of their lives, while weird time-hiccups entwine themselves with the everyday. This was a welcome surprise to me while I read. There's a countercultural undercurrent too in RwM that reminds me of Dick, of that vague sense of having our revolutionary days behind us, and did they mean anything at all? Philip fights that self-pity, fights the worst monsters of our minds, fights against the meaningless of the cosmos, and realizes that even in the very name of Lovecraft there is the most profound meaning of all.

Posted by Will Errickson at 1:35 PM

CAn we expect a review of Zod Wallop too? Both hese books made a lasting impression on me at the time, but I think Zod Wallop was better...

IRRATIONAL FEARS and "Penguins of the Apocalypse" are two other Spencer favourites of mine. The latter manages to make something scary that by all rights shouldn't be scary while also being extremely funny. The former engages with HPL again, in an unusual way again.

I really liked Spencer's work...there are a good number of midlist authors that I really miss, and his name is definitely high on the list.

I read Zod Wallop so far back I don't remember it at all. I actually was attracted to it by the cover art which was done it seems by the same artist as on RWM. That PENGUINS OF the APOCALYPSE sounds pretty good! Another Lovecraft reference perhaps? If so count me in!

BTW: I just went to the museum last night for a members opening of the Guillermo Del Torro show "At Home with Monsters" and speaking of penguins- among all the other creepy, cool collection of art and film pieces was a model of a monstrous albino penguin with claw-like wings/flippers(?). It was in a cabinet with other curiosities and I stood in front of it a long while marveling at what could have been. Hopefully someday soon Del Torro will get to make his Lovecraft opus: At the Mountains of Madness!