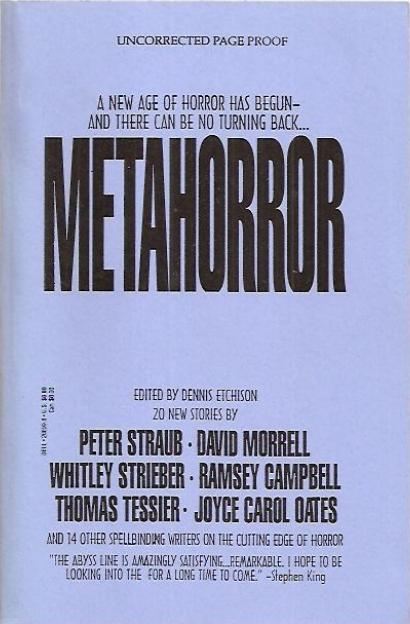 Let's continue, shall we? 1992's MetaHorror (Dell/Abyss) contains a wealth of stories I couldn't get to in my first review.

Thomas Tessier presents us with "In Praise of Folly," and if you don't know now, Tessier is one of my favorite horror writers of the era. Our story goes along in Tessier's patented confident prose, his usual set-up, the travelogue of a man alone in search of something just beyond reach. While the premise of "folly" is a good one—a genuine folly was a building, garden, grotto or other such architectural construct that had been designed with a deliberate disregard for the normal rules—and the payoff is quite unsettling, something seemed missing for me; the protagonist's reaction to his predicament is muted, almost elided; I needed it for the story to have frisson. A rare mis-step for Tessier, but still a worthwhile read.

Ramsey Campbell's "End of the Line" is about a man who slowly loses the ability to communicate. Since the guy is a telemarketer by trade, it's an ironic notion. Always with the modern world's dehumanization, Campbell is. "Nothing Will Hurt You" by David Morrell is a parent's cry of desperation after the loss of a child—something I know Morrell actually experienced—and the story is a raw, painful, an exorcism of grief. The central idea is kinda wonky, and you'll see the climax coming, but it worked for me. 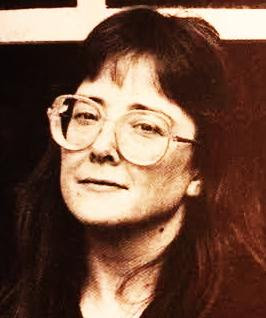 Lisa Tuttle offers "Replacements" in her story about a domestic intruder. Jenny brings home a strange little creature she's found in the street to husband Stuart.


"...I realized how helpless it was. It needed me. It can't help how it looks.
Anyway, doesn't it kind of remind you of the Psammead?"
"The what?"
"Psammead. You know, The Five Children and It?"

Ick. She doesn't know Stuart killed one of the repulsive things in a fit of disgust earlier that day. I really dig stories about dysfunctional relationships that have the bitter tang of real life experience, but cast in the generic structure of horror fiction. A winner.

Karl Edward Wagner's "Did They Get You to Trade" is one of MetaHorror's finest offerings. Now I'm generally not into fictional rock'n'roll (see Shock Rock, Never Mind the Pollacks, Great Jones Street, or CBGB [obviously not fictional but ugh] on how to get it wrong): authors always seem to miss that ineffable quality to the music, tiny details are wrong, but Wagner's up to the task. It's not perfect, couple notes ring slightly false, but that is to quibble. American Ryan Chase, visiting and drinking in London, stumbles upon forgotten punk-rock hero Nemo Skagg, now a meth burnout, but still retains the most satisfying part of his '70s fame. The determined grit, the encompassing humanistic tone, the assured narrative flow, the sense of place, and the just-so rambling drunken conversation show Wagner about as good as he gets—alas, as good as he would ever get; he'd be dead within two years. Stories like this one make readers realize just how much good horror fiction would never be with Wagner's death. A lost giant. 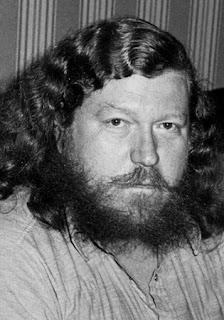 Donald Burleson's "Ziggles" reminded me of Ramsey Campbell in its step-by-step elevation of the banal to the absurdly horrific. A schoolteacher and her children are pursued in the oddest way by the titular character, which is, believe it or not, a stick figure. I know, right? But it works. ¯\_(ツ)_/¯

Barry N. Malzberg (again?!) provides "Dumbarton Oaks," an ostensibly irreverent fable casting the doings of devils as analogous to the drudgery of earthly business management. I dunno, with its archness ("It is best to retain the appearance of humility, even in the intimation of its opposite"), it reads like something Ray Russell could've dashed off back in '65 during his days as a Playboy editor, and probably after a three-martini lunch. 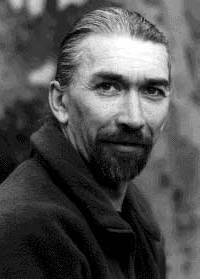 M. John Harrison (above, and another author known more for SF) "GIFCO" is a real mind-fuck, literate and allusive, about... child death/abduction? Grief? Marriage woes? Harrison is a heavyweight of a writer, no falsity, no dull edges, but just what he's getting at eludes the reader. That is the intent, it has to be: that feeling of unsettled, free-floating anxiety and doubt, that there are things going on around us that flit from comprehension. The tiniest detail can have the largest import. A husband and wife lose their daughter; a cop uses their upstairs room to spy on an abandoned house spray-painted with the word "GIFCO"; then suddenly GIFCO is part of the proceedings as a shadowy agent as the man and the cop search for a missing teenager (I had been warned: "Be certain to say that first. 'GIFCO sent me.'") . I really had no idea what the fuck was going on here; I googled the tale and while other readers dig it, nobody can apprehend its final meaning. I suppose there isn't a point, and that's the point. How meta. 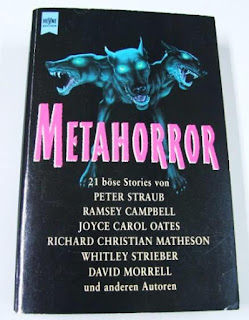 A violent shoot 'em up of biblical proportions, Robert Devereaux's "Bucky Goes to Church" affects that down-home vulgarity of a redneck spinning tales at the cracker barrel, disarming you with philosophical asides and then an apocalyptic climax. Definite Joe Lansdale territory. Devereaux went on to write at least one notorious over-the-top splatterpunk novel (1994's Deadweight, also from Abyss). At times bizarrely silly and ridiculous, so much so I wanted to dismiss the story utterly, at other moments Devereaux shows a deft hand with his monstrous conceit: "You sending me to hell?" he asked. She laughed. "Looks to Me you found your own way there." Her eyes surveyed the carnage... This has got to be one of the founding stories of bizarro horror. 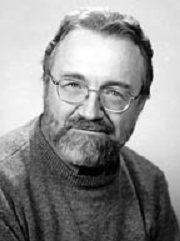 My issue with MetaHorror is that I wish there'd been a Poppy Z. Brite, an Elizabeth Massie, a David B. Silva, a T.E.D. Klein, a Kathe Koja—I guess I'm naming writers that appeared in the Borderlands series, aren't I? MetaHorror is very good in places but quite weak in others, and stories by the writers I named would have been a better fit. While not essential, MetaHorror is, as Etchison notes in his intro, "wonderfully varied in both content and style." I think there will be something here for adventurous readers seeking something beyond. 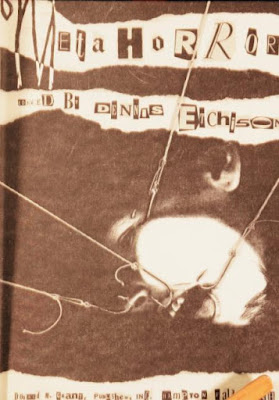 "Always with the modern world's dehumanization, Campbell is."

Great, thorough review. I agree that METAHORROR isn't an essential antho overall for horror fans, but Tuttle's "Replacements" and KEW's "Did The Get You to Trade?" are must-reads for sure. I do need to give Harrison's "GIFCO" another shot, as I had no idea just what the hell was happening either. But I liked the strange overall vibe of it, and I thought about it quite a bit afterwards.