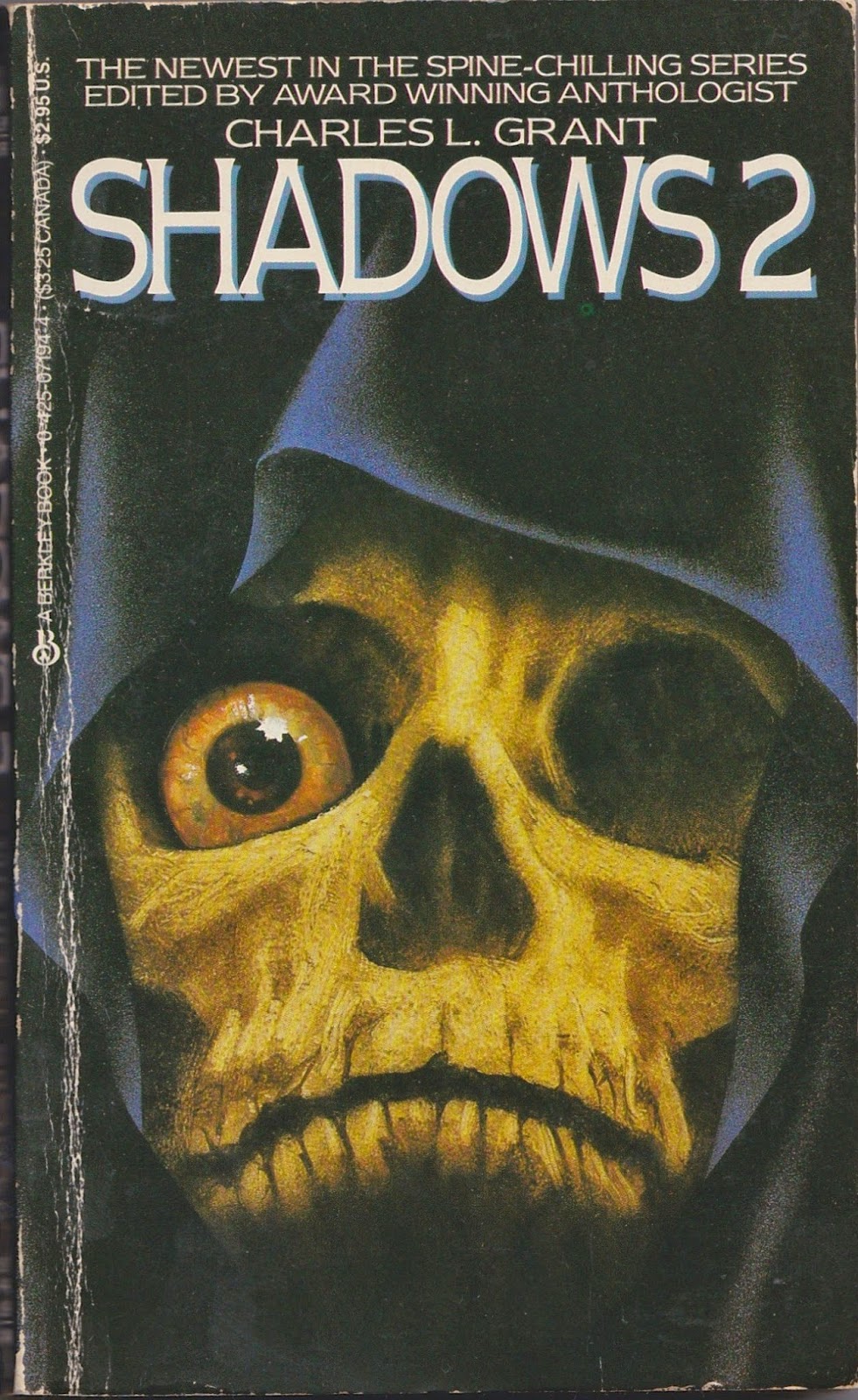 A step back into the slowly gathering Shadows; this the second volume in Charles L. Grant's famous horror series of short fiction. I own the complete set, thanks to some very impressive library book sales I was lucky enough to attend, but I haven't been reading them in order (see my previous reviews for vols. one and three). The hardcover from Doubleday was published in 1979 (cover below); I own the 1984 Berkley paperback reprint adorned by a Halloween skull that appears nowhere in the stories (is that Bogart on the hardcover? He shows up in one, though).

Anyway, Shadows 2 is more, and even more so less, of the same: whisper-quiet short horror fiction of traditional chills and shivers, mostly filler and mostly too tame and polite to offer any real horror. The paucity of imagination is unsettling in itself: two stories feature the same style of twist ending; one features the hero dispatching a witch by dumping a bucket of water on her; while others simply disappear the moment you turn the page, wispy and insubstantial, either too obscure or too dull to elicit much reaction. 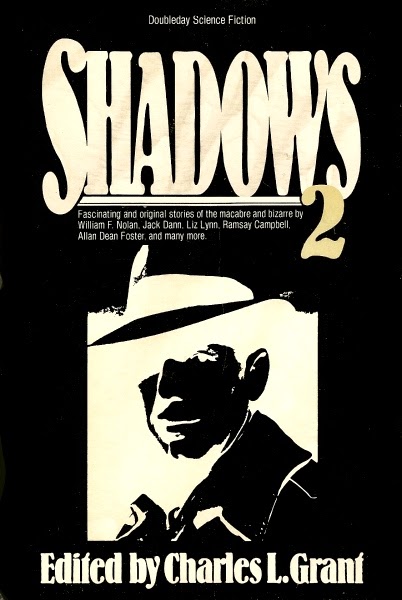 None of the stories are outright bad, and even the more staid, traditional ones are at least pretty well-written and engaging. More than once I was reminded of TV shows like "Night Gallery" or "Tales from the Darkside," so take that as you will. Let me however concentrate on the good: "The Chair" by novelization master Alan Dean Foster (seen below in 1980) and a Jane Cozart, about a couple out antiquing who find the titular object in a closed-off portion of a shop, the owner of which has eyes "green as a young kitten's." Should've left that chair there! The taut climax benefits from a surprise image that's funny and unnerving at once. 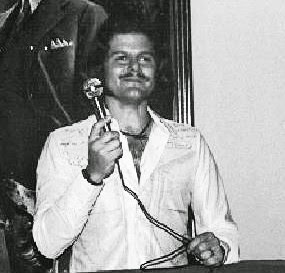 Another good entry is "Dead End" by Richard Christian Matheson, known for his stripped-down prose and short-short fiction. Here he uses the time-honored rite of a married couple arguing in the car as they get more and more lost, in every way possible, looking with no success for their destination. Matheson's writing is mature and ably carries the obvious metaphor all the way to its foregone conclusion.

Intriguing and oddly affecting, "The Closing of Old Doors" by Peter D. Pautz has its protagonist rising from the grave--a story that idly imagines the unlikeliest of zombie apocalypses, long before that scenario became a cliche:

A multitude so great that, given the mere ability to move, to walk uninhibited, could stroll their way to power. With time at their leisure, and bodies stayed from decay by their need, their pent-up frustration, such an ungodly throng could rise to ascendancy by their presence alone, by sheer numbers. An election here, a lobby there. Referendum, plebiscite; even their own candidates. All secretly. No reason to invite physical resistance. Use democracy, the will of the people. 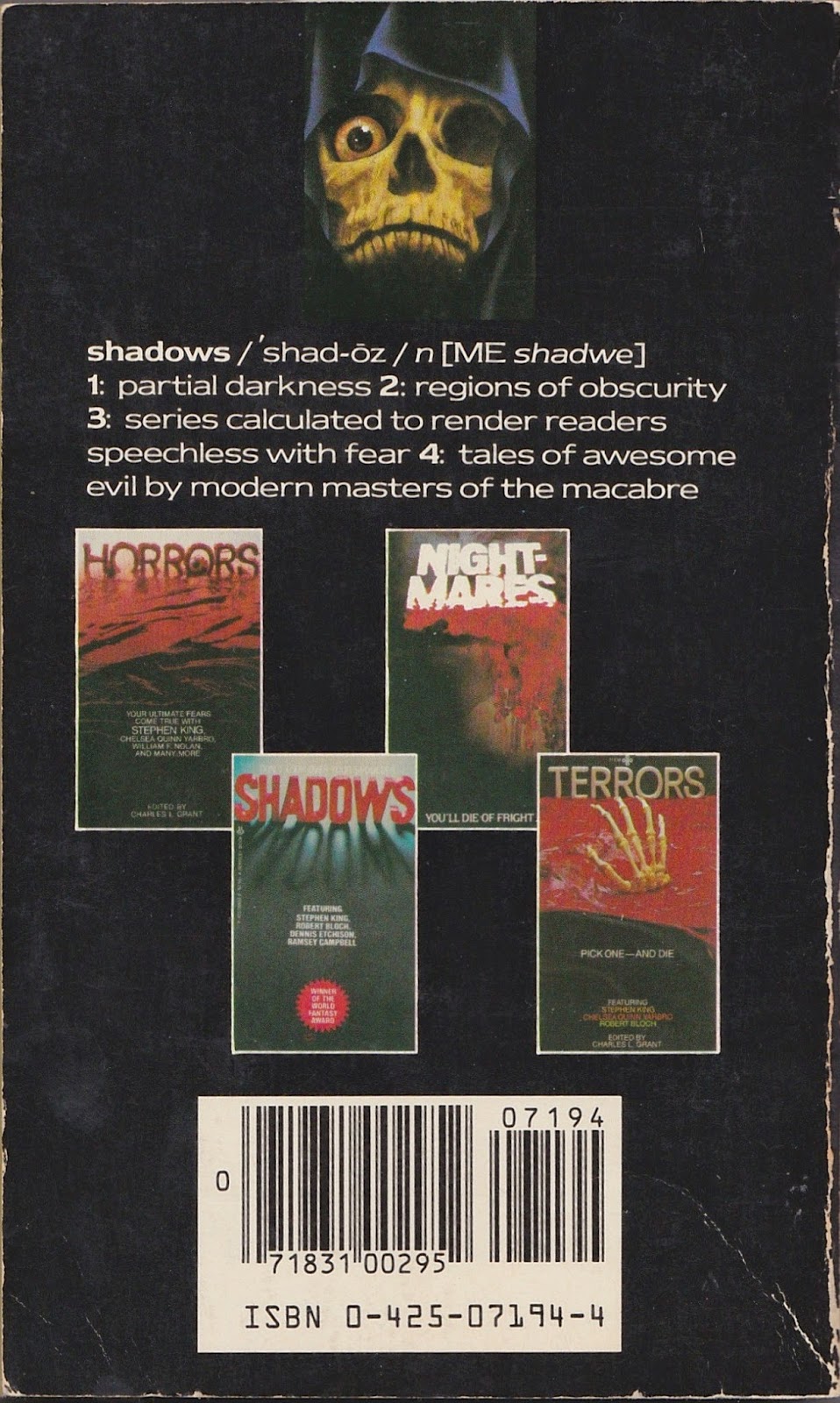 "Seasons of Belief" by Michael Bishop I could've sworn I'd read elsewhere but turns out I was wrong. Cute one about parents scaring their children with a story about the "grither," a creature who lives in the wreck of an ancient ship in the ice floes of the Arctic Circle (cool!). Fun suspense as the parents tease their offspring; ending of course you can guess. And finally, ironically, two stories included here are top works from major writers: "Mackintosh Willy" from Ramsey Campbell (pic below) and "Petey" from T.E.D. Klein. I'd read both of these before and on this reread found them just as excellent as the first. 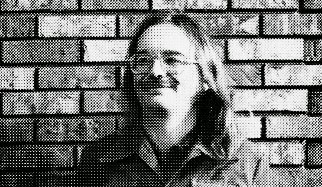 Campbell (above) won the 1980 World Fantasy award for "Mackintosh Willy," and it's apparent from its opening lines that this work is leagues beyond the other entries. In full control of his horrors, he even denies the piece's very title:

To start with, he wasn't called Mackintosh Willy. I never knew who gave him that name... One has to call one's fears something, if only to gain the illusion of control. Still, sometimes I wonder how much of his monstrousness we created. Wondering helps me not to ponder my responsibility for what happened at the end.

A group of children taunt a tramp who "haunts" a local park lake, and then one day the narrator finds him dead on a bench. Of course that's not all, not by a long shot, and in his distinctive style, Campbell casts everything in a distorted, greasy film:

He had turned his radio louder; a misshapen Elvis Presley blundered out of the static, then sank back into incoherence as a neighboring wave band seeped into his voice... I could see only the dimming sky, trees on the far side of the lake diluted by haze, the gleam of bottle caps like eyes atop a floating mound of litter... 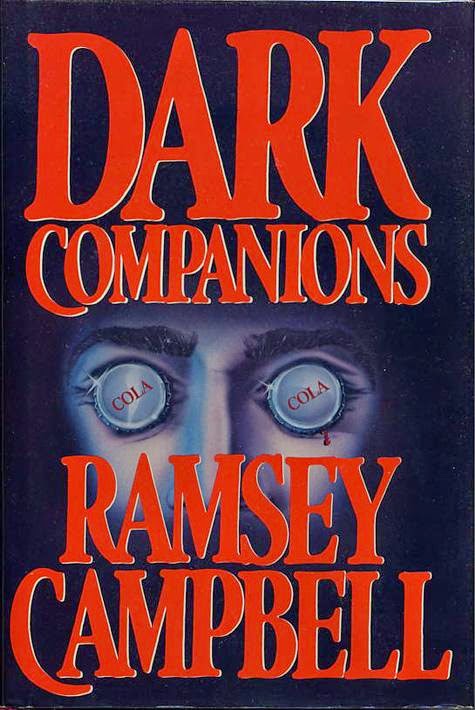 I enjoyed the very subtle, very subtext conflation of sex and death and the implication that the narrator looks back now on this horrific event from his childhood and understands all too well his "responsibility." Classic Campbell. The cozy-drunk dinner-party setting in a ramshackle farmhouse in rural Connecticut of Klein's "Petey" appealed to me greatly. The long tale unfolds at a leisurely pace, two storylines woven together: one, a suicidal madman in a straitjacket and the cranky orderly caring for him; the other, two dozen middle-aged people exploring the impressive farmhouse recently renovated by owners and party hosts George and Phyllis. Lots of talking and kidding by old friends, while George experiences a fit of IBS--"he never knew the things his mind contained until his stomach told him"-- then explores the attic, where he finds bottles of rotting animal fetuses, each labeled "PD#13, PD#14," and so on. Factor in Tarot card-reading and French folktales about "le petit diable," so that when the two stories coalesce, they form a single horrifying picture... 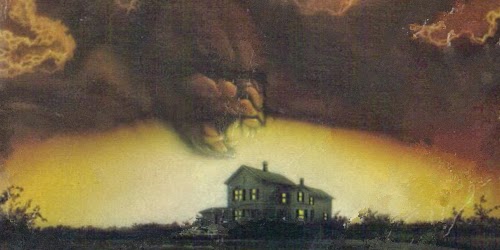 Sad to say, but without the Campbell and Klein stories, Shadows 2 is a decidedly minor anthology, and you can get those two stories in Dark Companions and Dark Gods respectively. I know Grant hated how the splatterpunks rose up a few years later, and that horror in general became more graphically violent, but that's simply how the genre evolved; it couldn't sustain itself on the mostly meek and mild stories herein. There is no use in trying to deny it: Shadows 2 is for horror fiction completists only; everyone else can step into the light.

Posted by Will Errickson at 1:10 PM

I have yet to own all of the SHADOWS series but I'm working on it. I respect Grant as a writer, and even if his choices as an editor are not always up to par, most are worth the time and money. So go on people, seek out this series.

I've only just discovered Grant - and I'm surprised by how much I like his work. I'm sure his reputation as a 'quiet' author is well earned, but 'Nightmare Seasons', the book I'm currently reading, isn't what I'd call quiet. It has some fairly strong scenes of violence and gore, which I wasn't expecting.
Although 'Petey' and 'Mackintosh Willy' are superb, I don't think I'll be rushing out to track 'Shadows 2' down.

"Seasons of Belief" was adapted for an episode of Tales From the Darkside... maybe that's why it gave you a sense of deja vu?
http://www.youtube.com/watch?v=kCaoN2Bt1YU

I just re-read "Petey" a couple of months ago. Man, that last line...

I generally find that that oblique, quiet, "atmosphere" horror has metastasized throughout the short horror fiction of today, only generally at greater length and with even less of a horror factor, if that makes any sense.

It's a hallmark of almost any Ellen Datlow anthology I've run across, original or 'Best of,' I guess so the reader can calm down after reading the latest John Langan or Laird Barron with two or three elliptical, "WTF was the point of that?" stories.

Throw in two or three of the obligatory 'New Weird' stories detailing unpleasant but not particularly scary goings-on in a nebulously weird fictional urban location with at least two of medieval, Renaissance, supernatural and/or futuristic elements, and you've got the year's best horror! Well, not so much in Stephen Jones, thankfully, but otherwise...