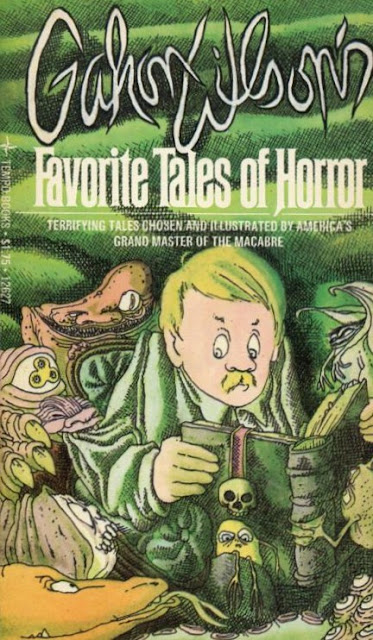 Besides Charles Addams, cartoonist Gahan Wilson is the most well-known illustrator of the macabre and the ghoulish. Wickedly witty, his dry one-liners accompany lumpen monsters and terrified humans at that line where horror and humor blur and overlap. For decades his work has appeared in Playboy, The New Yorker, National Lampoon, Fantasy & Science Fiction magazines, and his cover art for some Arkham House editions of Lovecraft is iconic in the field. His short stories have been published in horror fiction anthologies like Still Dead, Frights, and Dark Forces. In 1990 or so I met him at a comic book convention in NYC; he signed my Miskatonic U. Graduate Kit - which I cannot find anywhere in my possession now - and we chatted about how much Lovecraft would've hated the movie versions of Re-Animator and From Beyond... what Lovecraft would've thought of Wilson's work, though, went unsaid. 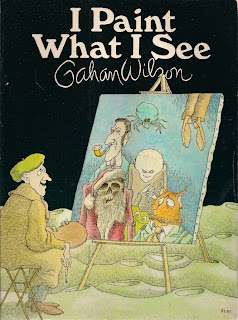 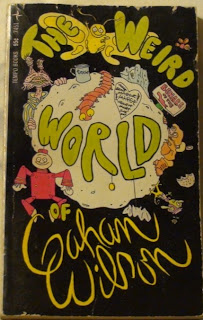 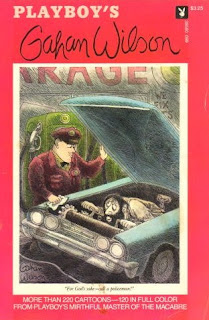 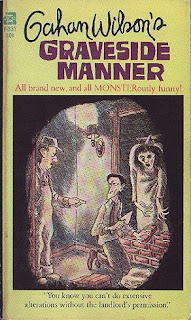 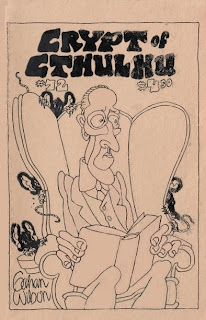 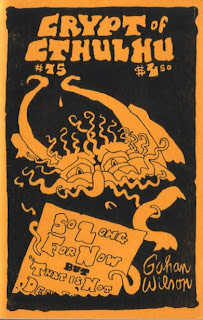 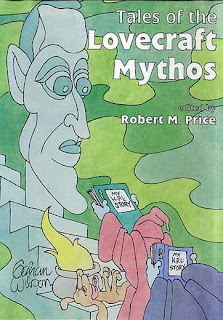 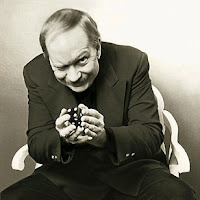 Posted by Will Errickson at 6:59 AM

A master, though I must say I didn't like his Lovecraft pieces. It had nothing to do with his talent and everything to do with the tone. Cover art is so essential (I put a lot of time into thinking of the cover for my book "Nothing Men"), and I think his work for those books just don't sell them. (Not that Lovecraft necessarily needs selling, but you get my point.) You were lucky to meet him.

Doug I agree; Wilson's tone just doesn't fit HPL. I mentioned as much in my review last year of The Horror in the Museum .

I didn't check that review out. Now I may have to!