The Gerunding of Horror Fiction

In the dark wake of Stephen King's breakthrough horror novel The Shining came countless titles with that same linguistical form; i.e., the gerund: take a verb and turn it into a noun. In the late '70s and on into the '80s virtually every paperback publisher issued their own versions of a title considered one of the seminal texts of its era, if not the entire horror genre. I can't imagine any of them have even a tenth of the power of King's and these types of titles are beyond ripe for parody. I've gathered but a smattering - natch - of those books here. The Changing and The Feeding easily have the best - or the "best" - cover art, although the monstrous fetus of The Reaping has a kind of tasteless charm to it too. 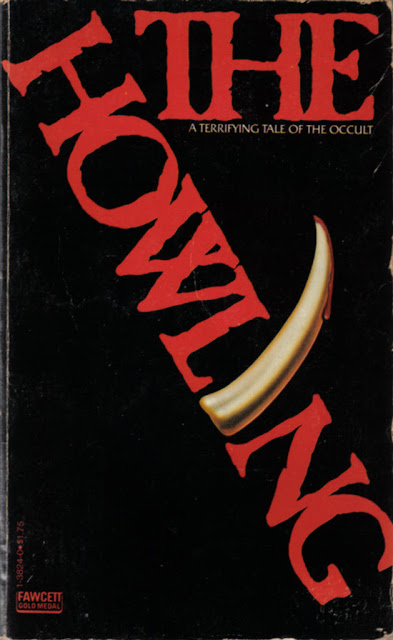 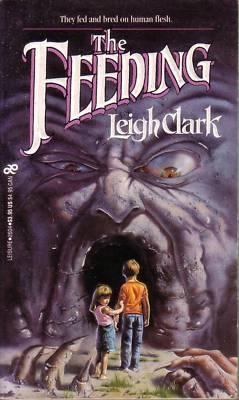 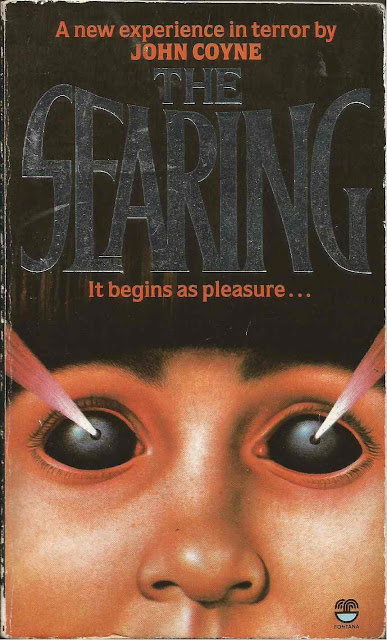 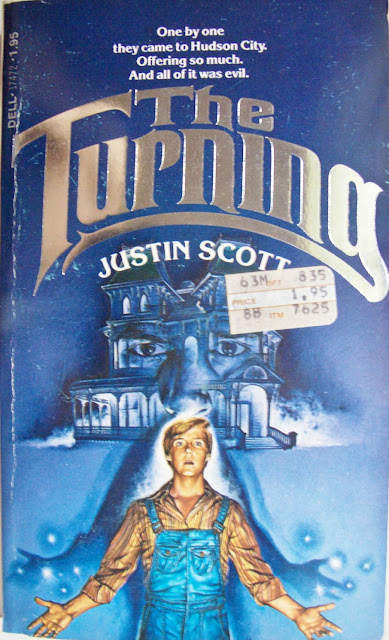 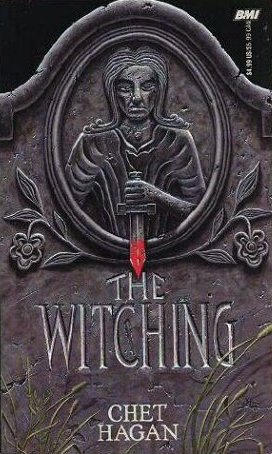 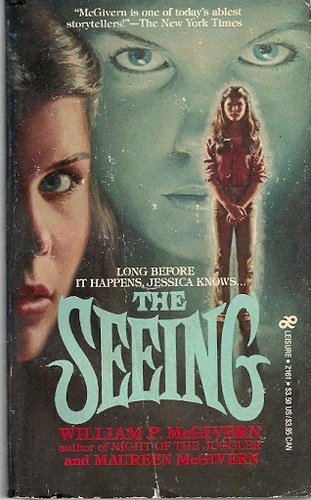 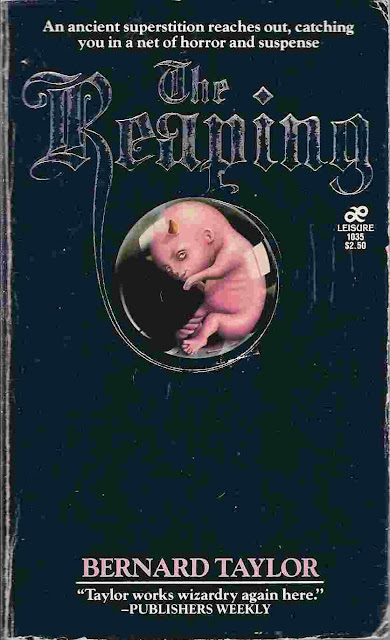 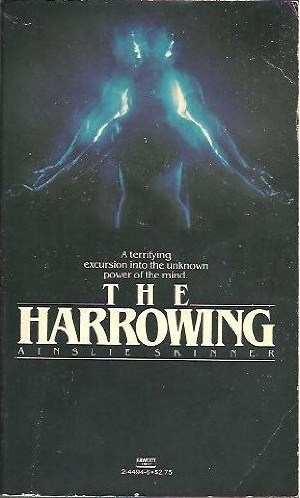 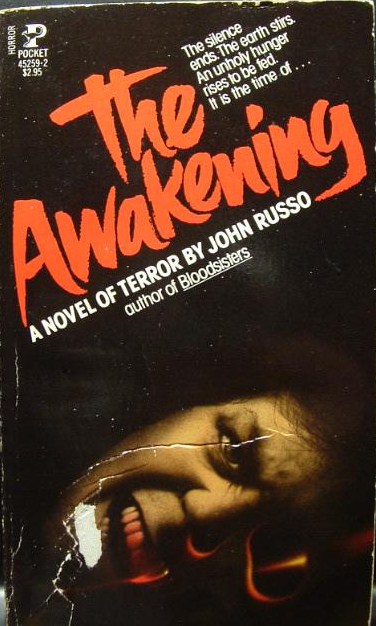 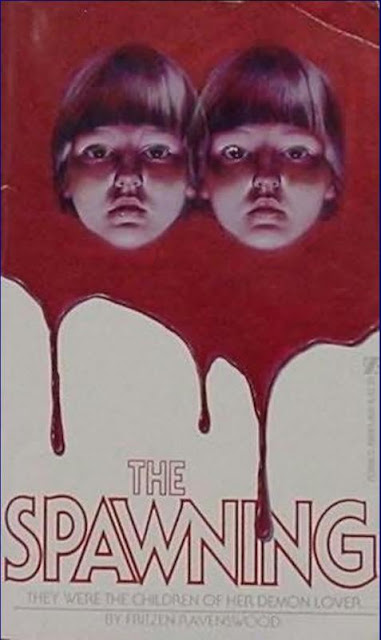 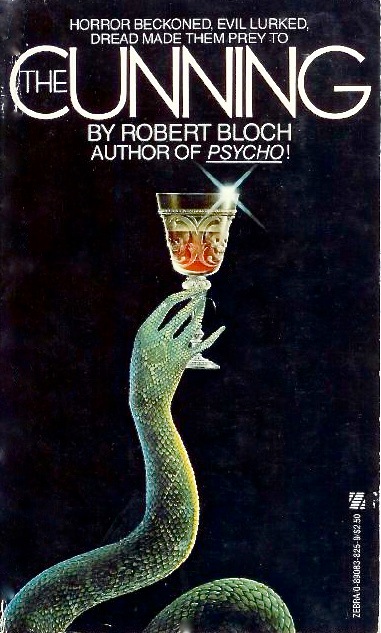 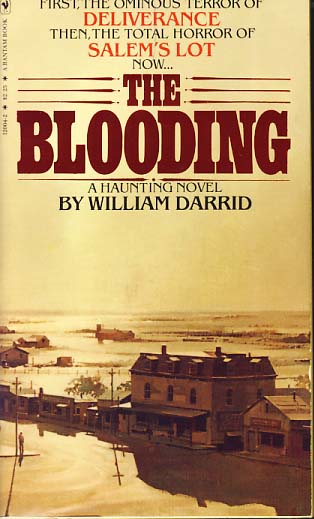 Posted by Will Errickson at 7:52 AM

Its strange how in the horror genre this kind of rip off goes on all the time, fun covers, love the werewolf.

I have those exact same copies of The Seeing and The Cunning. I really should check out my bookshelves, I'll bet I have a few more of these types of booke/titles.
Some of the titles sound pretty awful - like The Blooding and The Searing!
My fave cover here is The Feeding.

You forgot The Howling and The Glowing. Both of which, I'm ashamed to say, I read.

Not sure why, but I kind of want to pick a couple of these up and read them out of curiosity. The one I'm drawn to is THE FEEDING. That cover would have startled me as a kid if I saw it on a shelf.

Of course, I will have to put some distance between my re-reading of THE SHINING and the reading of any of these.

I always found these kind of titles effective, buy seeing them side by side this way just brings out the silly.

Of course, THE HOWLING! And one of the earliest followers too, so I've added it in. Don't know THE GLOWING, actually.

If I remember correctly, it's about a bunch of seemingly harmless senior citizens that are actually ancient, and stay alive by sapping the vitality, "the glowing", of young people...or something.

I distinctly remember some of those titles at my local library in the 80's. There was also one called "The Charming," which was part of a series of teen horror novels. This was about a young girl who fell under the spell of a witch who ultimately possessed her for some evil reason. I really like the "-ing" titles, there's just something ominous about them.

The Blooding? Ouch. That is a horrific title in all the wrong ways.

LOL. All your imaginations are MUCH more lurid ( & likely would have made for much better books ) than what THE BLOODING actually was.
I remember it so well because it was a novel that I happened to buy at my college bookstore on my very first day of school there back in September of 1980.
Anyway, it turned out not to much of a horror novel at all. It was actually more of a drama about an outbreak of very ordinary rabies. In fact, I don't even recall any humans becoming infected. Of course, I could be wrong on that. I have a very good memory for most books I've read, but c'mon, this one was 32 years ago & hardly a stand out at that. LOL

I read The Feeding as a kid, and I remember clearly that the cover scared me shitless. The book was somewhat graphic but loved it.

The cover of The Cunning looks pretty creepy too.

I think the title is actually The Glow, not The Glowing. I remember passing it by a few dozen times in the used bookshop, because it looked boring. But yeah, something about stealing the youth or life-force of young couples. Meh.