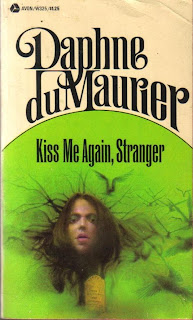 This week saw the birthday of Rebecca du Maurier, the esteemed British author of the darkly romantic popular novels Rebecca (1938) and Jamaica Inn (1936), as well as the classic short stories "The Birds" and "Don't Look Now" (movies all). In the early 1970s, Avon Books reprinted much of her catalog in loverly vintage paperback editions with moody, Gothic-y cover art just brimming with menaced '70s ladies and virily sideburned men. Love the covers, the colors, and the author's name featured so prominently in a distinctive font. Kiss Me Again, Stranger, a collection of her wonderfully written and icily macabre short stories, features some ghostly birds up to no good. Another collection, Echoes of the Macabre, was one of my fave reads last year. In 1969 du Maurier became a Dame of the British Empire, so, you know, fancy! 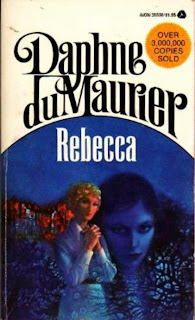 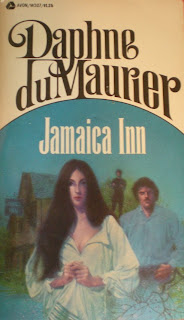 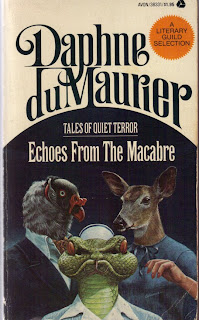 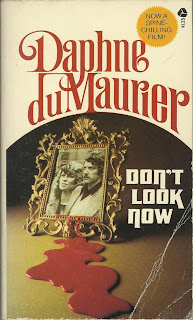 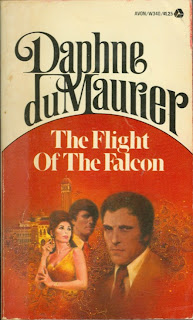 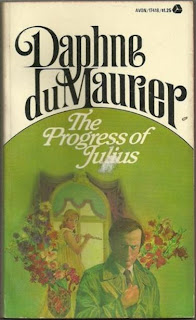 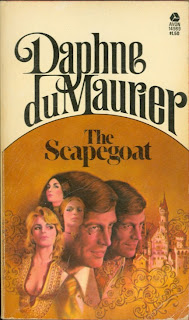 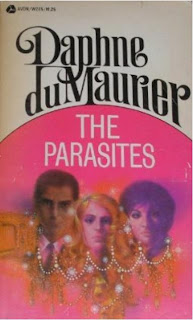 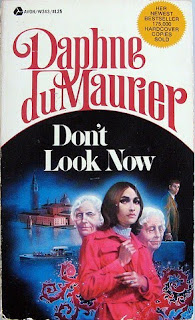 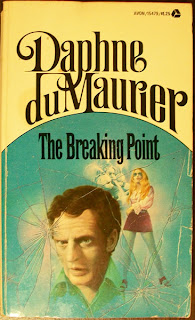 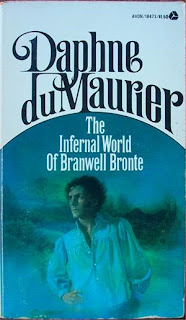 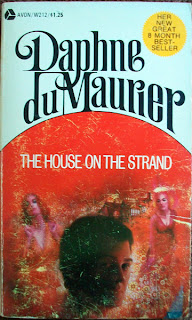 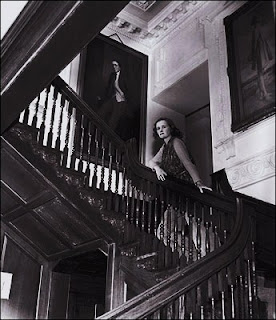 Posted by Will Errickson at 3:23 AM

Outstanding showcase! I *had* several of these at one point, the only original I still have is "Kiss Me Again, Stranger" which I recently re-read...my copy was purchased in 1972 and is battered beyond belief.

I smile every time I see these covers (I have one or two somewhere as well). They are compelling, but I think I was surprised when I read Rebecca because it seemed so out of sync with the cover.

"Rebecca" is, and remains, one of my favorite novels and Hitchcock films. I hadn't thought about it in years but reading this post I instantly remembered, "Last night I dreamt I went to Manderley again." Then I remembered how terrified of Mrs. Danvers I was as a kid. Thanks, now I have the image of Judith Anderson glowering at me stuck in my head.

I didn't know so many of du Maurier's stories have received a film adaptation. Still, I'm just concerned whether the atmosphere of her tales can be flawlessly given back on screen, quite a lot of films fail in this aspect, and it is especially hard to reproduce the atmosphere of a story like those of du Maurier's. Anyway, can it be that the film entitled The Breaking Point is actually the adaptation of The Breakthrough (which is also one of my favourite du Maurier stories)?

I'd place DuMaurier in the psychological horror category. She has a few Gothic elements in some novels and stories but she is not exclusively a Gothic horror writer and she shares more with crime ficiton than any other genre. REBECCA - her masterpiece - revels in psychological manipulation, misdirection in narrative, skewed perceptions, and is mostly inspired by the "woman in peril" subgenre. But REBECCA is first and foremost a romance novel, albeit a romance noval with a perverted twist. THE SCAPEGOAT also has no horror elements at all and nothing remotely Gothic. It is a simple crime novel about impersonation, identity switching, and a recycling of the Doppleganger motif that dates all the way back to Poe's "William Wilson."