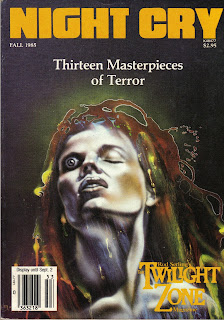 This is issue #3 of Night Cry, with black-and-white illustrations by Paula Goodman. I like them lots better than J.K. Potter's from the previous post. The only story in this ish that I've read is David J. Schow's "The Woman's Version," which was in his fine collection Seeing Red. Pretty cool; you can see its illustration on the cover there, by Manuel Morales. I found that editor Alan Rodgers wrote a handful of Bantam horror novels in the early '90s that I recall seeing around, but never read. Anybody...? 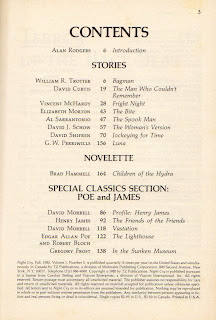 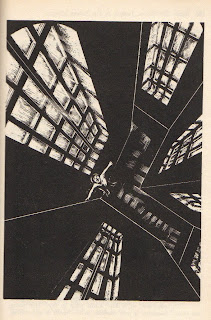 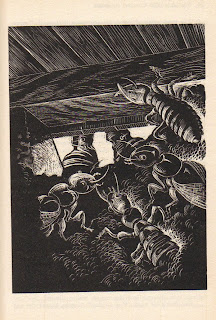 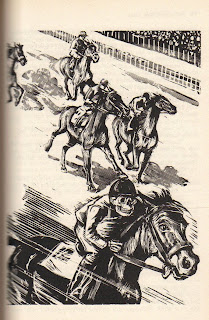 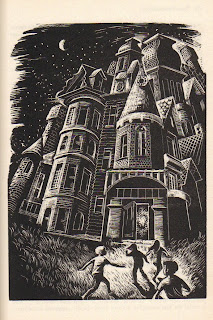 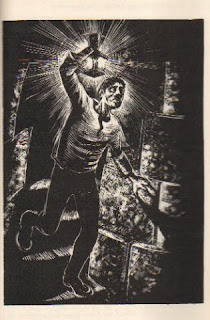 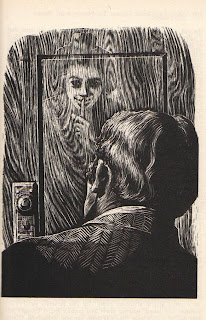 Update: Right now I'm halfway through a wonderful horror novel, one I'd almost choose to keep reading on and on, but that can't be, so I hope to have the review up by week's end. If you're jonesing for more than just magazine scans right now, do yourself a favor and hie on over to The Mighty Blowhole, and feast upon these nasty creature-feature delights!
Posted by Will Errickson at 11:55 AM

Will,
WTF?!!
You're actually taking the time to kick back & enjoy a horror novel rather than just devouring the book whole & giving us your commentary right away? We simply can NOT have that...
You slacker!
LOL.
Seriously, I look forward to seeing which novel you're enjoying so much.
Enjoy.