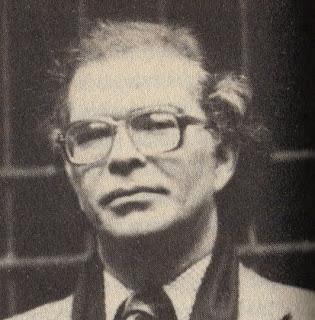 Bronx-born horror writer Alan Ryan has died of pancreatic cancer, according to reports from Shocklines, Nancy Holder, and Brian Keene. Last year I read and liked his third novel Dead White; his other novels are Panther (1981), The Kill (1982), and Cast a Cold Eye (1984), the last of which sits on my shelf so far unread. 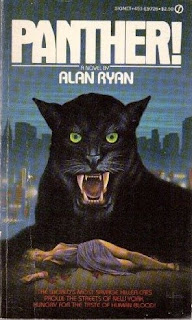 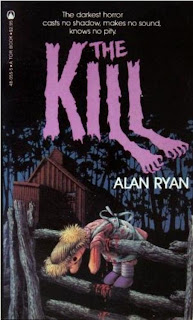 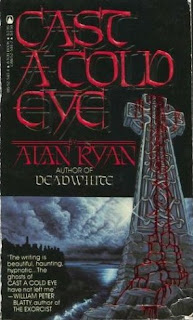 Recently I've a read a couple of Ryan's many short stories, published throughout the 1980s in various anthologies like Shadows and Whispers. As an editor he compiled Halloween Horrors (1986), a fave of my teenage years The Penguin Book of Vampire Stories (1987), chilling stories by famous female writers in Haunting Women (1988), as well as the first in the long-running horror anthology series Night Visions, In the Blood (1984). 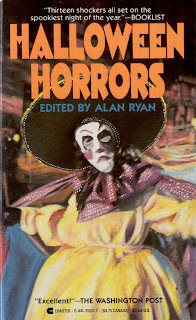 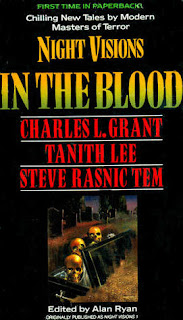 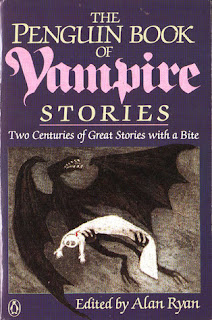 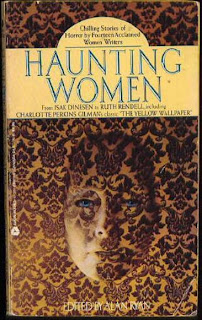 "... horror fiction offers some pretty extreme critical situations
, extreme in the sense of being even more than life-threatening. It offers a set of conventions that allow a character to be challenged in a way that threatens perhaps everything he believes in - very basic things, including his grip on reality. I'm interested in seeing what characters will do when confronted by some ultimate evil - not something as trivial as losing a job or a girlfriend, the sorts of things that so much mainstream fiction is about - but really dark, unfathomable evil, evil that is cruel and random in the way it frightens and inflicts pain."

Aww, that's too bad. I can't tell you how many times I checked Halloween Horrors out of my public library. There's an anthology called The Campfire Collection that includes a story of his called "Death to the Easter Bunny." Chilling stuff. RIP.

Thanks for posting this. Conrad Williams mentioned it on Facebook recently but never clarified if it was THIS Alan Ryan. I met Alan at NECON in Rhode Island in the early 80s, and he was a truly nice guy. 'The Kill', his second novel, was just about to be released. I remember they roasted him at the con, w/ Doug Winter as MC, and Doug started things by quoting lyrics from a cheesy song Alan included in 'The Panther'. It was a good time.

That Was the only Night Visions I ever owned- Just a case of being in the right place at the right time. And I still remember reading "Cast a Cold Eye." Thanks Alan.

A shame. He had quite a few good short stories to his name, and that first Night Visions anthology, especially, is essential (especially the hardcover, which boasts a number of strikingly creepy B&W illustrations).

We lost one of the good ones. Too bad. He knew a thing or two about writing, which is rare these days.

So sad to hear of Ryan's passing.
I was, indeed, a big fan of his novels in the early '80s & wish he had been a bit more prolific with them than he was.
My favorite was definitely the one we discussed here this past December DEAD WHITE.
I have a real affinity for horror fiction ( & films as well ) that takes place during the winter and/or snow storms & DEAD WHITE was one of the best of it's little sub-genre IMHO. It was chock full of menace & atmosphere.
THE KILL & CAST A COLD EYE were excellent reads as well.

Oh no, that is a shame. And so strange, too - just last week I pulled the vampire compilation off the shelf to re-read on a hazy, grey afternoon. I had not read anything else he had written; now I shall certainly seek these titles out. R.I.P, Mr. Ryan.

Mr. Ryan was my freshman year English Teacher in High School. It's no accident that he got into the Horror Fiction genre because being in his class was horror fact. His classroom demeanor was arrogant, disdainful, cynical and sadistic. You could see the stress level going up on the faces of all of the students who had him as a teacher that year when it was their turn to walk into his classroom. I hope he was a better writer than he was a teacher. To be fair, in my dealings with him after that horrific year I got along just fine with him. May he rest in peace.