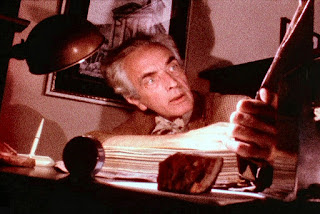 Hey y'all, it's another installment of Horror Fiction Help! Readers have emailed me their descriptions. Anyone recognize these forgotten horrors? Much appreciated!

1. A slim paperback and the cover was of a man wearing a pig mask and the book had something to do with astral travel. Found! It's: 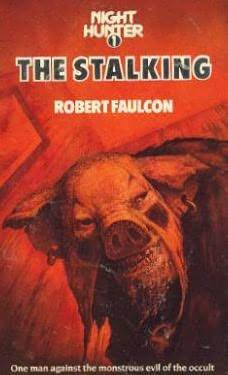 2. YA thriller/horror from some point in the '90s. I recall this being part of a series, don't think it was from Point Horror as none of the titles on its wiki article jogged my memory but I could be wrong. I do know for sure it wasn't from Fear Street or Nightmare Hall. Cover art was spooky-looking picture of guy on motorcycle, which probably doesn't narrow it down much but plot-wise... Plot concerns girl being haunted by the presence of her jerk biker ex, though he didn't die only moved away, and it was somehow determined the spirit was lingering about because she hadn't emotionally let go of him yet. Found! It's: 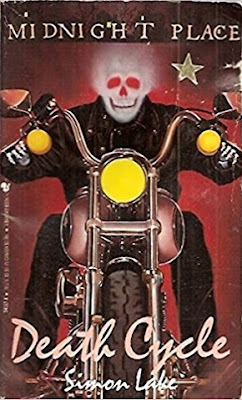 3. Paranormal horror novel written around 1981 set in late '50s, small Midwest town. A little girl cursed by a weird pedophile that tried to lure her in his home with candy, but the girl fled and he cursed her under his breath. He said something like “to hell with you The girl was a normal person until she turned (I believe 18) and still a virgin although she was engaged. When her fiancé tried to go too far a malevolent spirit would interrupt in some manner. She broke her engagement and announced to everyone that she wanted to become a nun. She enters a convent and begins her training as a postulate. While she is there strange things and supernatural occurrences began, soon they realized that they are under demonic attack and they request an exorcism on the young woman. One of the scenes that occurred and I remember well is on a thanksgiving day the sisters prepared a large amount of traditional Thanksgiving food. One of the sister was in the process of setting the table and left to get another food dish, She was shocked to see that the food already place on the dining table had changed into feces within a few minutes. A priest was sent to investigate and to do the exorcism on the young woman. Found! It's: 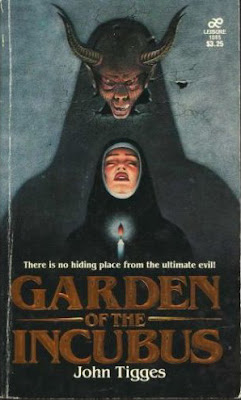 4. Short story about the dawning of an "age of plastic" where a boy wakes up one day and finds that he's completely made of plastic. He rearranges his facial features and then his parents don't recognize him, causing him to go on the run. He eventually comes home to realize his parents are now made of plastic as well and that this apparently is the new norm. I want to say it was in a Hitchcock anthology of sorts, but it was in a book prior to 1987-8. Found! It's "The Plastic Age" in: 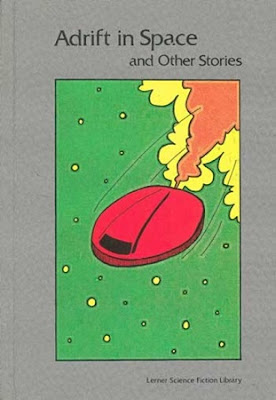 5. A young girl abused by her father, younger brother finds out and I think the father kills him and blames the girl who is then institutionalized. The murder weapon is some type of tool like a wrench, cover had a blonde girl holding it. Remember them playing Manhunt near beginning, brother's name Bubba maybe.

Goodreads thread about it here: https://www.goodreads.com/topic/show/2347586-solved-sci-fi-possibly-part-of-1970s-children-s-digest-series-boy-has

I'm grateful you found The Age of Plastic. That warped my mind as a child too, and I had totally forgotten about it. The payoff was so odd. "No worries, son. We're all plastic now!" More or less. It really pulled the rug out from under me because I was just barely old enough to read the words of the thing.

Any chance that #1 is William Hope Hodgson's classic "The House on the Borderland"? It has themes of astral travel, and I've seen a couple of paperback editions with covers depicting the pig-men who appear in the book which could be mistaken for "a man in a pig mask":-
https://www.amazon.com/House-Borderland-William-Hope-Hodgson/dp/0722146701
http://cosmiccauldronbooks.com.au/wp-content/uploads/2014/08/017.jpg

Yep I emailed that person a BORDERLANDS cover, we’ll see, thanks

I would imagine the pig mask with astral projection is the first episode of The Night Hunter series, with Robert Holdstock writing as Robert Faulcon. Each UK edition had a mask motif cover, with The Stalking showing a pig. It's also an occult detective series with plenty of magick trimmings. There were US editions for the first three, but with very different covers.
I'll e-mail Will a scan of the cover when I get 5 mins. Justin (The Paperback Fanatic)

My experience of the Lerner sf-of-sorts series was that it was uniformly atrocious, but I didn't get to that volume, as far as I remember...