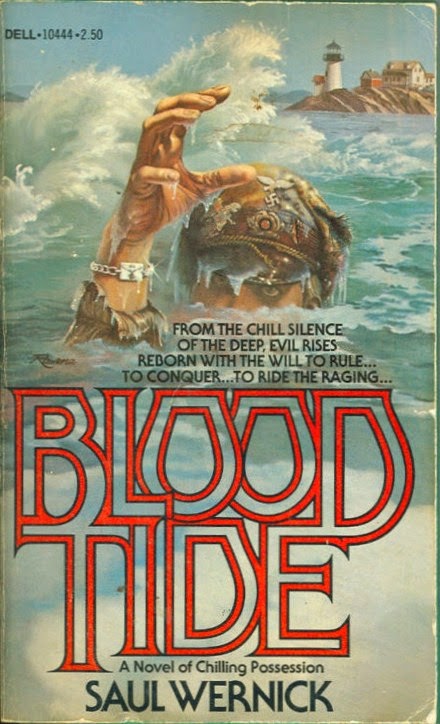 Posted by Will Errickson at 3:16 PM

Just read “The Fire Ants.” It’s hard to decide what to make of it, though. On one hand I blazed through it and would contentedly read it for long periods. But on the other hand the plotting was sort-of manipulative (e.g., one-third of the way in, a character’s so loathsome that you’re pretty much forced to finish the novel, just for anticipation of his comeuppance).

Wernick does also make the ant attacks (and their aftermaths) sufficiently disgusting. There was one passage – describing the defilement of a fire-ants victim – that’s almost nausea-inducing. Also, a mercifully brief description of a little girl falling victim to the ants may also not sit well with some (or, as a new father, maybe it’s just me).

So, hard to render a verdict. It does pique my interest to check out his other novels, though.

Well, thanks for the heads-up! Sounds a bit like Gregory Douglas's THE NEST.

I've hated ants ever since a red ant bit me when I was a small child. I'm not crazy about spiders, but I refrain from killing them unless they look like a recluse.

Ants are boring unless they're being directed by Saul Bass or studied by E.O. Wilson. Spiders always get a pass, dunno, they don't freak me out at all.

When it comes to fiction writers, is the use of shock value something to be admired, or scorned?

That question kept bugging me in reading “Blood Tide,” and its answer really determines whether one sees Wernick’s novels as worthwhile, or terrible.

So many of Wernick’s literary skills are subpar. However, there’s one arena in which he excels: naaastinessss! He’s a button-pusher extraordinaire, and his books are stuffed with conflict, cruelty and outrage-fodder (e.g., “Blood Tide” featured no less than seven rapes… four of which ended in the female’s death… including a twelve-year-old girl).

On one hand I would say this kind of thing is just manipulative, lazy hackwork… but on the other, I found myself reading “Blood Tide” for long stretches, and looking forward to my time with it. It held me in rapt attention, sometimes even when I wasn’t reading it… Regardless of how it’s done, you can’t totally condemn a book that has that effect on the reader.