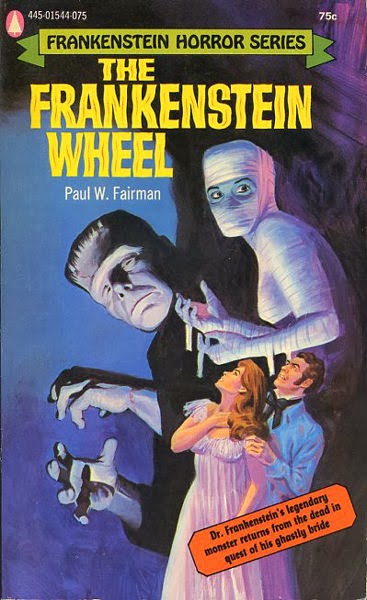 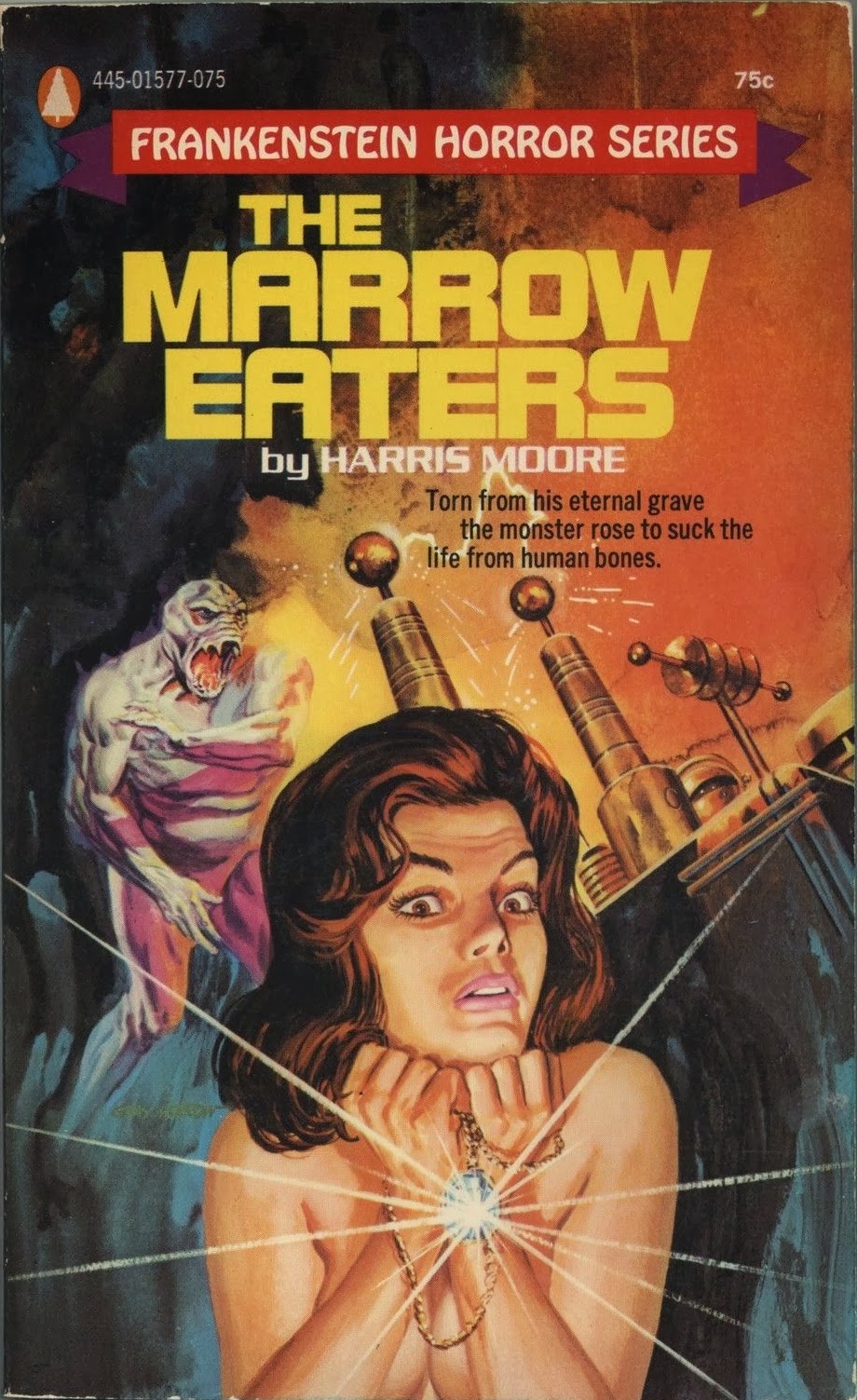 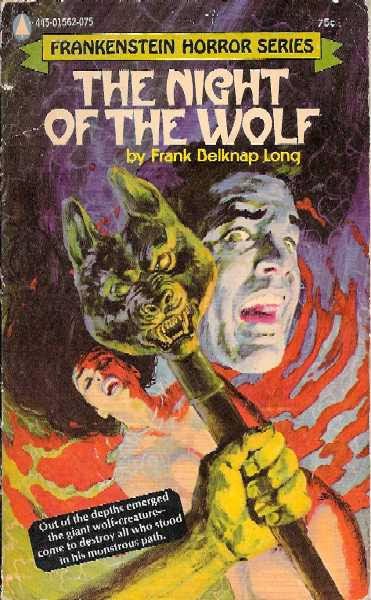 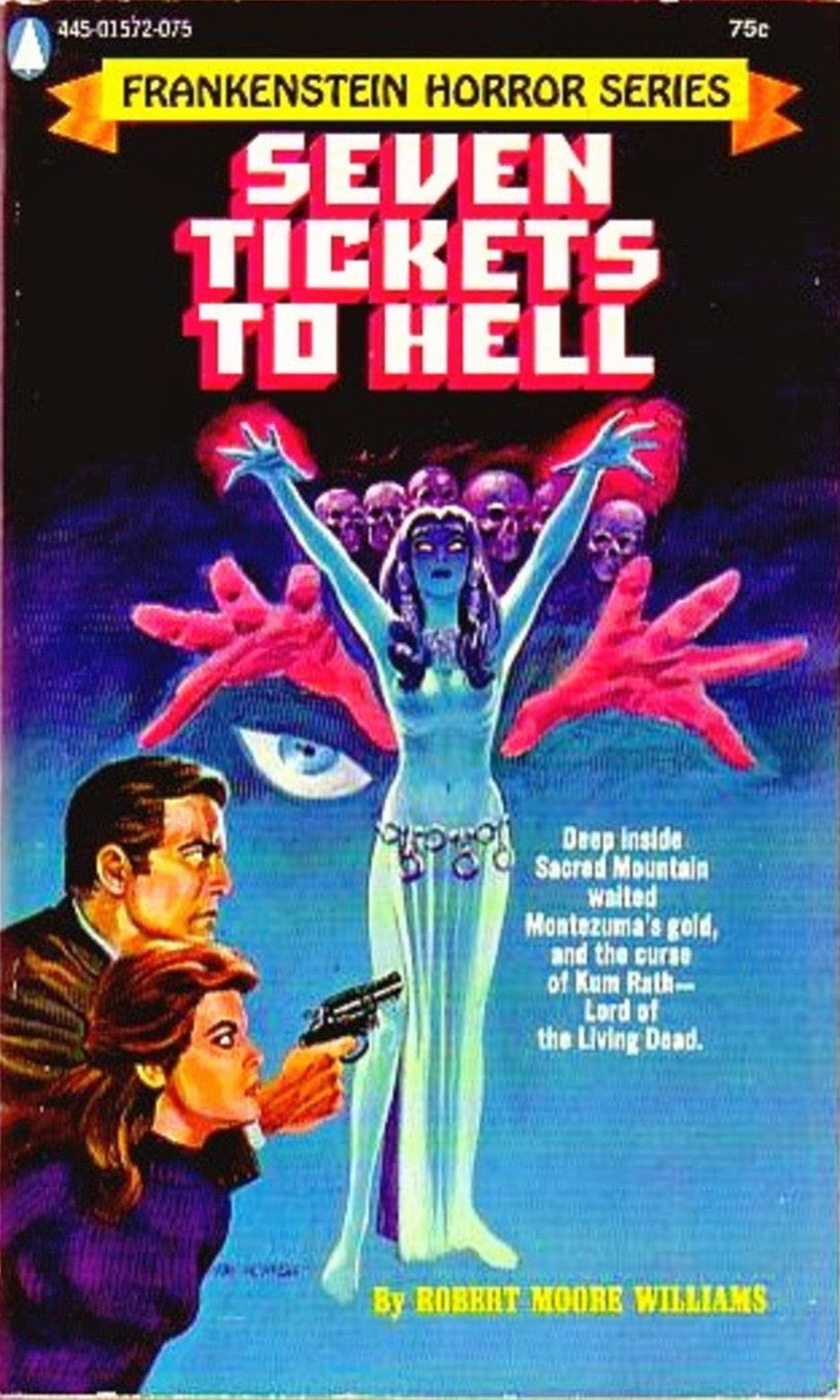 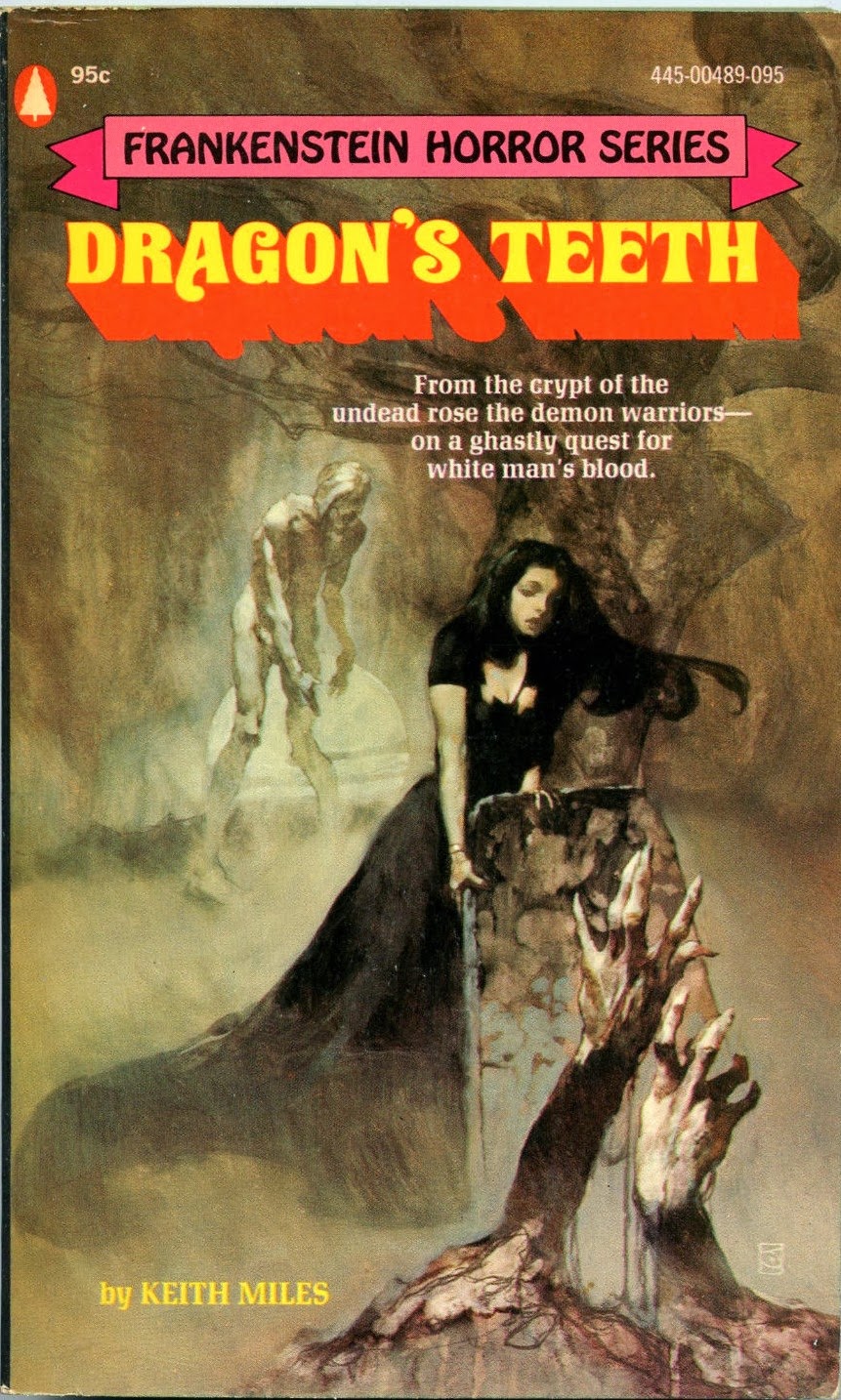 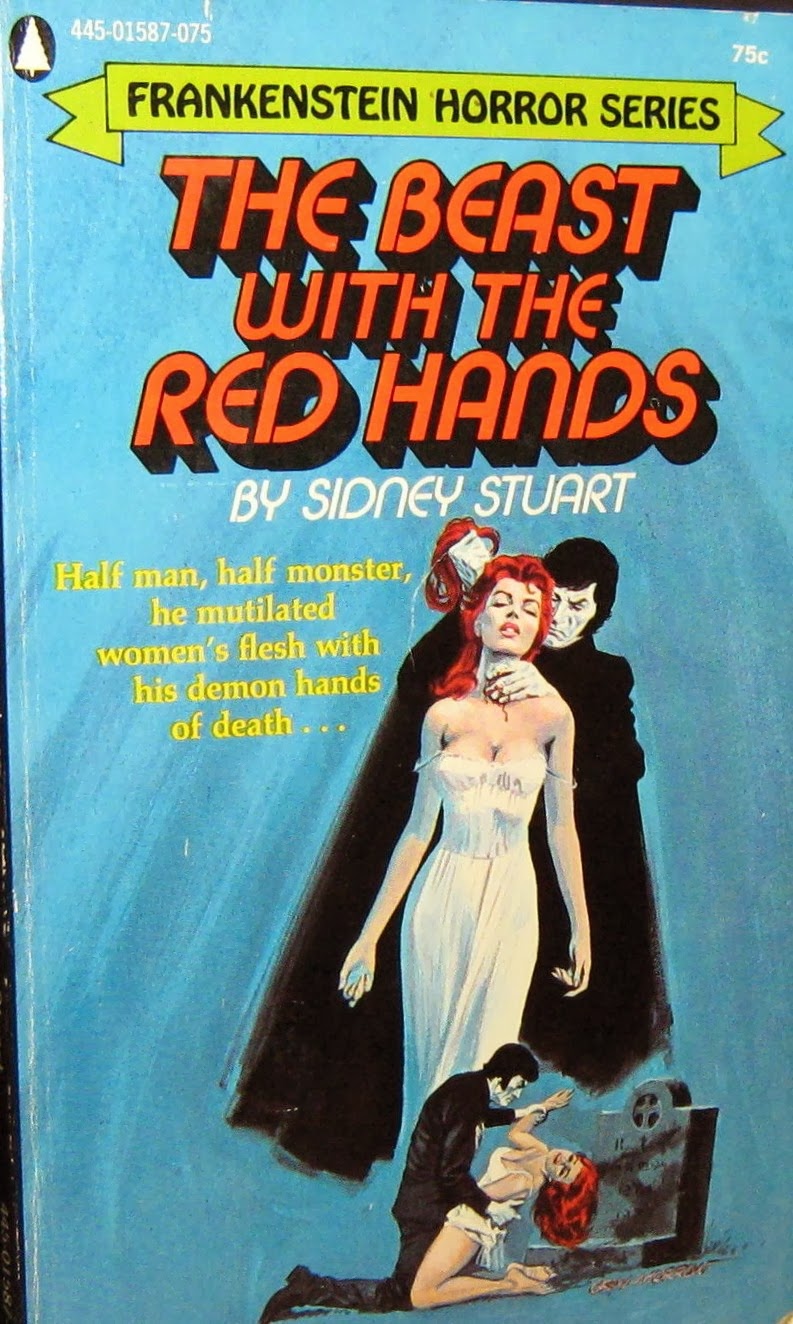 I've only seen three of these beofre and I own the Belknap Long book though I've yet to read it.

Jeff Jones must be the artist for DRAGON'S TEETH. On most of Moore's you can see his signature. Jones' has that distinctive box-like symbol.

BTW, Otto O. Binder should not be clumped with all those other "nobody" writers. He was quite a name in the pulp magazines of the 40s and 50s under his psedonym "Eando Binder". The E of that obviously phoney first name stands for Earl, his brother with whom he collborated. Binder also wrote many fo the scripts for the Captain Marvel comic books.

GHOUL LOVER is a pretty great, atmospheric novel. I read it a few years ago. Nothing mind-blowing but an excellent read if you crave stuff like '70s grindhouse and Euro horror films.

Paul Fairman has written quite a few novels. The Frankenstein Wheel is quite good, a period horror novel with the monster.

They've gone up in price since this was written.